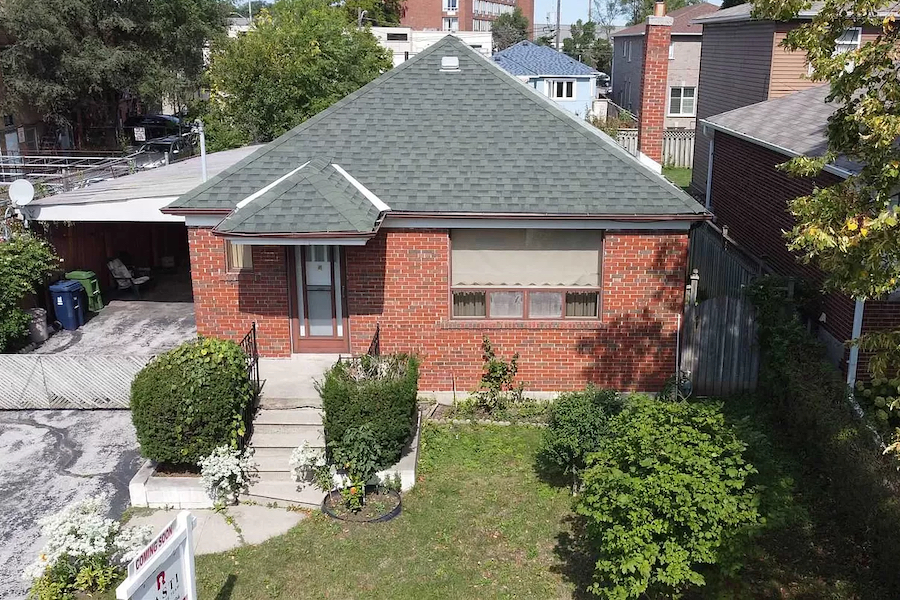 The Greater Toronto Area real estate market, where a two-bedroom bungalow in need of TLC is listed for $2 million, remains at a high degree of market vulnerability, according to the Canada Mortgage and Housing Corporation (CMHC).

According to the CMHC’s latest Housing Market Assessment, price acceleration and overvaluation as home prices keep rising above income levels is leaving the entire real estate market in Canada at a high degree of vulnerability. That means Canadian real estate is primed for a significant downturn with big consequences. And it’s primarily the hot real estate markets in Ontario like Toronto and Eastern Canada that are pushing the entire country to the current high degree of vulnerability.

“Exceptionally strong demand and home price appreciation through the course of the pandemic may have contributed to increased expectations of continued price growth for homebuyers in several local housing markets across Ontario and Eastern Canada,” says Bob Dugan, CMHC’s chief economist, in a statement. “This, in turn, may have caused more buyers to enter the market than was warranted.”

According to the CMHC, home sales reached historic highs in 2021, but there was low evidence of excess inventories, meaning not a lot of vacancies among newly built and unsold housing units or rental apartments. Toronto real estate sales may be cooling, but demand is still significantly outpacing supply and prices are still rising at an increased pace over the sustained period.

Properties like the two-bedroom bungalow at 374 Joicey indicate where things are at, with sellers remaining confident they can fetch a ridiculously high price for a lot from buyers looking to create more supply.

The property near Bathurst and the 401 with its dated kitchen and carpets is liveable. But the listing is inviting builders or investors to tear it down and create a custom built home or two (the lot is large enough to sever). The $1,999,988 listing price is actually a drop from the $2,295,000 it was pegged at earlier this year, which was itself a drop from the $2,475,000 it was listed at late last year. Yet the listing price is still much higher than the $1.7 million average selling price for a detached home in the City Of Toronto.

According to the CMHC, while the Toronto real estate market is highly vulnerable due to overheating and price acceleration, there is low evidence of overvaluation.  The high prices in Toronto are not significantly detached from the city’s housing market fundamentals like income, population and interest rates.

And according to the CMHC, it’s the Toronto suburb areas that are really feeling the overheating. The sales-to-new-listings ratio (SNLR) in the city where there is plenty of condo supply is 64 per cent. Meanwhile, more people working from home and seeking more space pushed the SNLR much higher in Durham (86 per cent), Halton (86 per cent) and Peel (81 per cent).

The Toronto exodus is keeping Halifax and Moncton real estate overheated. The CMHC cites population growth from high interprovincial migration as one factor that their local housing is overvalued and at a high degree of vulnerability.