We spoke with six artists featured in Life on the Line, a new print series to raise money for the Canadian Mental Health Association 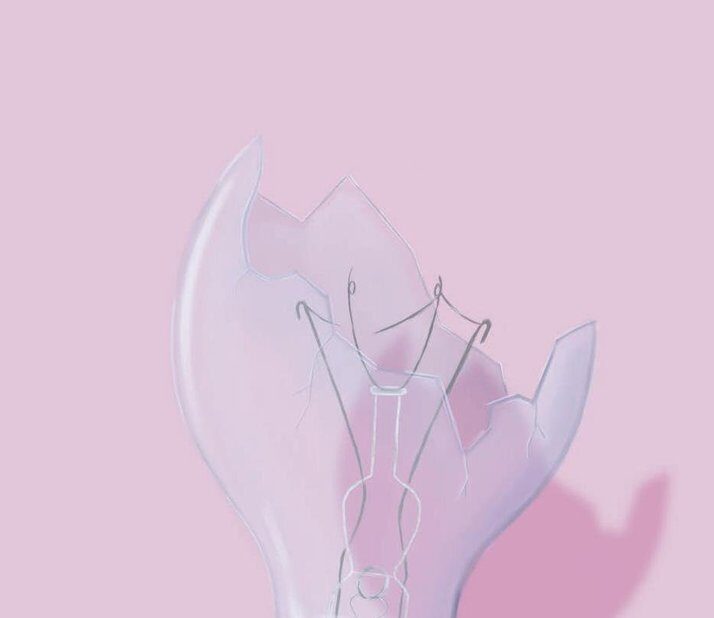 Ranging from original oil paintings and screenprints to ink drawings, a new TTC art series hopes to reduce the stigma and raise money for mental health in Canada.

Organized by Twentytwenty Arts, a non-profit that organizes art projects for charities, the Life On The Line series features prints of original artwork by 20 local artists that will be displayed inside subway trains and available to purchase on the TTC’s web shop.

The 27” x 19” prints sell for $28, with 80 per cent of sales going to the Canadian Mental Health Association Toronto (CMHA)’s Holiday Gift Program, which buys gifts and necessities for individuals struggling with their mental health. The remaining 20 per cent go to the artists.

With over 350 submissions, a jury made up of Twentytwenty founder Megan Kee, a representative from the CMHA and the TTC, chose the 20 winning works featured in the series. The winning pieces vary in style and mediums include photography, oil paintings, collages, lithographs and digital works.

If the campaign sells-out of their first run, which is 2,000 prints total, just under $45,000 could be raised for CMHA. During a launch party for the campaign earlier this month at NO Foundation gallery, nearly all the original works sold, with 50 per cent of the sales going to the artists and 50 per cent to the CMHA.

“I think art is an incredibly powerful tool for visualizing mental health. The stigma around mental health is primarily because it cannot be seen and still it’s not understood. The fear of the unknown is a driving factor in any forms of prejudice, and mental health is no exception,” says Kee. “Being able to visualize personal experiences through this campaign will hopefully make a connection to riders on the TTC.”

We spoke with six artists of our favourite posters about why they wanted to participate in Life On The Line and the inspiration behind their works.

“The inspiration behind this piece comes from the feeling of burnout that I’ve felt the past couple of years. I am someone who always tries to strive for the best and meet certain expectations. I have put myself under a lot of pressure, and it’s come to the point where I’ve pushed myself too far and I’m now extremely exhausted and drained. This piece is essentially a self-portrait depicting the feeling of burnout through this figure with a broken light bulb for a head. I deal with my mental health in my art, but most of the time I keep it to myself or it’s only ever seen by my peers during a critique. I wanted to finally be able to speak about what I am going through and share it with everybody else.” 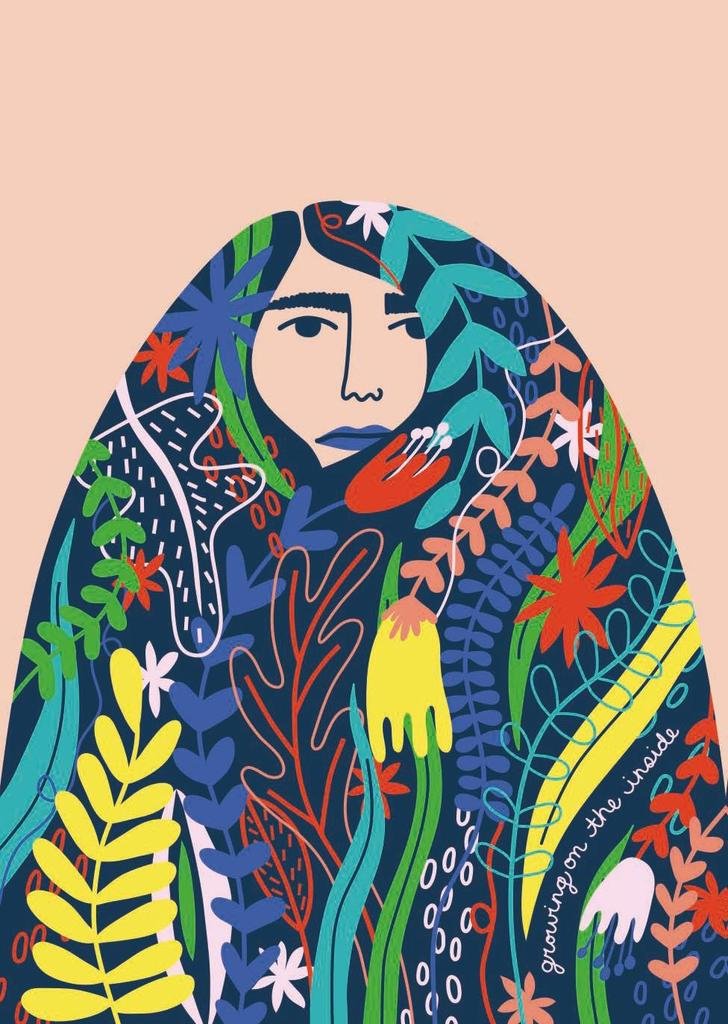 “[I believe] mental health should be considered just as important as physical health. I’m currently working on my own mental health journey. I’m focusing on learning new ways of thinking, acting and feeling, and allowing myself room for mindfulness and time to breathe and growing internally.” 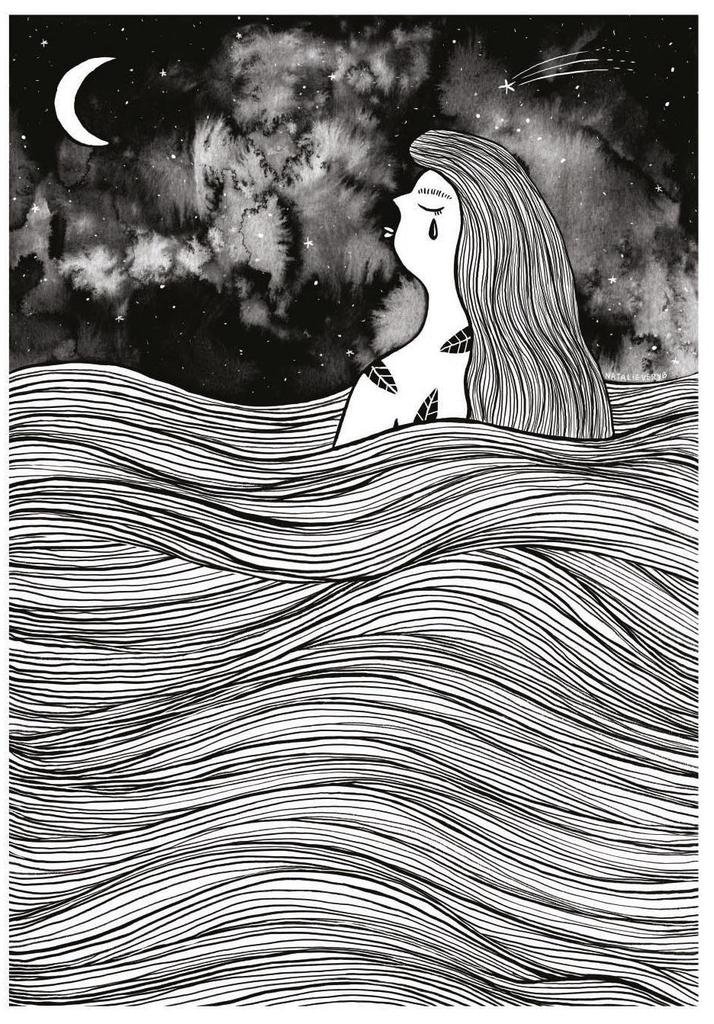 “Complicated was created specifically for this campaign. It is a visual depiction of the contrast of emotions felt by a woman living with mental illness, whether it’s depression, anxiety or an eating disorder. The painting reveals a long awaited moment of peace within her mind. Once she surfaces above the tangled mess of daily life, she can breathe and finally become one in harmony with the universe. I hope that when TTC passengers look at the Life on the Line posters during their often long commutes, they can find a glimmer of hope in an otherwise daunting world.” 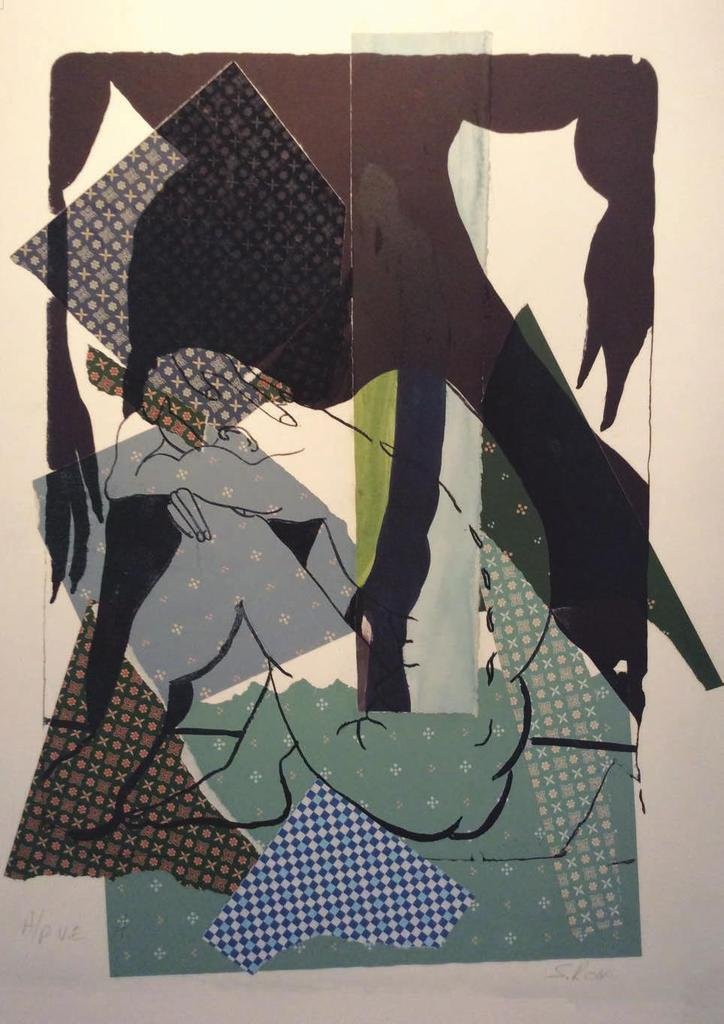 “I wanted to participate in the campaign because I’ve always believed that mental health should be acknowledged as openly as physical health. The inspiration behind the piece was to illustrate the shadowy side of existence looming in the background with the grace and fragility of life within the human condition.” 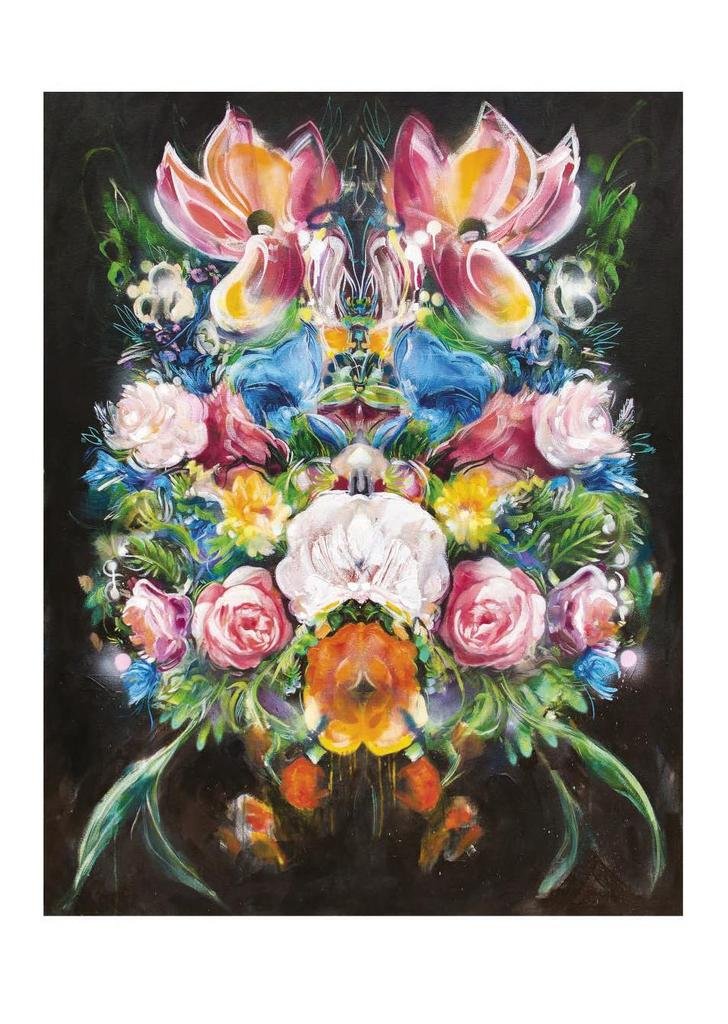 “The inspiration behind my piece was to express my personal and cultural identity using decorative painting. The source comes from the floral designs that are on the exterior of rice cookers. The piece is mirrored because there are conceptually two parts for an individual, for example, arms, eyes and legs. I wanted to show that no one is perfect on both sides, but we form our own beauty with the idea of parallels.” 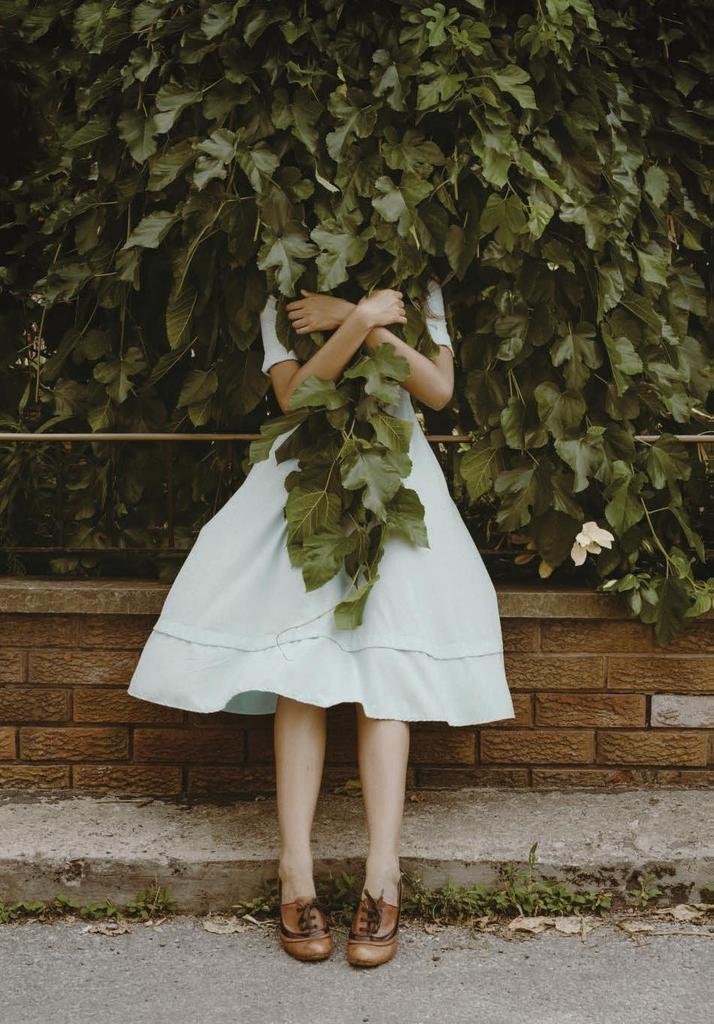 “Between my own struggles and growing up with family members who also struggled with depression and addiction, mental health has been something that’s loomed around me. But I was always taught to keep it hidden. I participated [in this series] because I wanted to change my narrative about mental health and not be ashamed of my struggles. I took this photo near Queen West this past summer. This piece was inspired by how much I was hiding myself from everyone. I just needed to get it out. Outwardly I am ‘happy’ and look like I have my shit together, but really it’s just a beautiful wall to hide behind. The viewer sees something pretty and maybe a little sad, but the subject herself sees nothing.”