This Ottawa-raised model was the only Canadian to walk the Victoria's Secret 2016 show. Not only that she's #TeamNaturalHair,. 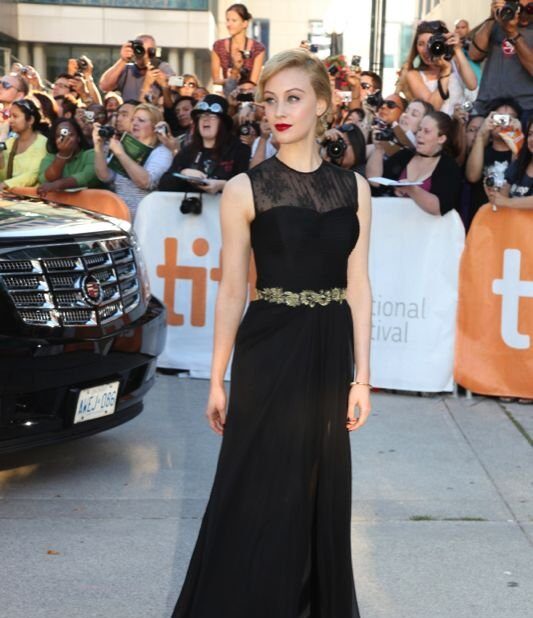 This Ottawa-raised model was the only Canadian to walk the Victoria’s Secret 2016 show. Not only that she’s #TeamNaturalHair, and her strut is life-giving. The show has come under fire year after year for its lack of diversity, but, hallelujah, this year was remarkably different. Finally Victoria’s Secret’s catching up with the times.

She has held our hearts and eyes for eight years. But in her final days as FLOTUS, she’s taken her fashion game to another level. The chain mail rose gold Atelier Versace gown that she wore at the Obamas’ final state dinner brought me to tears and had me wondering how the hell she sat in that without sliding off a chair.

Team Trudeaux (see what I did there?) is also here to slay. “But, Vaughn, he only wears blue suits. How is that fashionable?” I’m glad you asked. Our PM’s suits are well tailored, and he’s a fan of well-starched spread collar. And when he looks at the camera, it’s always with a Tyra-worthy smize. Sophie Gregoire Trudeau is just effortless and graceful. She’s the personification of breathtaking. If she were in Downton Abbey, Lady Mary would never have appeared on Tony Gillingham’s radar.

Canada’s darling (yes, I am making this happen) has made me rest my hand on my chest ever since seeing her on the TIFF red carpet during the premiere of A Dangerous Method in a black Jason Wu gown back in 2011. She will star in the Netflix/CBC miniseries Alias Grace based on a (non-dystopic) Margaret Atwood novel about a scandalous 1843 murder in Upper Canada. She’s also the star of a film based on another novel, Indignation. Smart and beautiful, she picks thoughtful projects and is one of the most poised actors around. She’s having a well-deserved moment. Hooray for homegrown talent.

Local shoe designer Patrick Cornish is no spring chicken when it comes to menswear. Having spent years in luxury retail, he got the idea for NobleSole after selling way too many poorly designed and overpriced “dressy” sneakers. What sets Cornish’s sneakers apart is that they are meant to be worn with a suit. Jump forward to earlier this year when he launched a Kickstarter campaign to fund expanded production. In 36 hours he hit his $15,000 goal and in 31 days raised $84,291. Let’s hear it for the boys!

I think I finally forgave Will for replacing Aunt Viv on The Fresh Prince Of Bel-Air because his spawn are impressively centred and unbothered by conventional ideas. Jaden was made the face of LV Spring/Summer 2016 Womenswear Campaign. I am always up for the interrogation of masculinity and for art that blurs the lines between feminine and masculine. This was a very smart read calculated move for Louis Vuitton, a 162-year-old fashion stalwart. Slow clap.

What. A. Palaver. What in previous years served as both a merrymaking and charity-supporting moment has been mired with negative publicity after the original Fashion Santa (Paul Mason) was replaced with a tanner, steelier version (Adam Martin). We don’t know whether this is an issue of corporate greed or contractual oversight, but Yorkdale Mall has now pitted two hardworking male models against each other and the internet against Martin. Hiss.

Can we just stop? When Drake did it, it was exciting. Now they are so de rigueur that what was once organic in these opportunities to peer into the lives of our idols has been replaced by WTF moments and superfluous (oh, I’m sorry, limited-edition) tour merch. I ain’t saying they’re gold diggers, but I’d like my sidewalks clear of over-reaching millennials and tweens who clearly shouldn’t be in line in the wee hours without parental supervision. It’s 4 am do you know where your children are?

Girl, why? At least the previous versions were edgy and raw literally. But this Joanne business looks like a formerly cool auntie got lost at Coachella after a shopping trip to Chico’s.