So, Cheeto Satan is still in the White House, half the men in Hollywood are capital-T trash and racists seem. 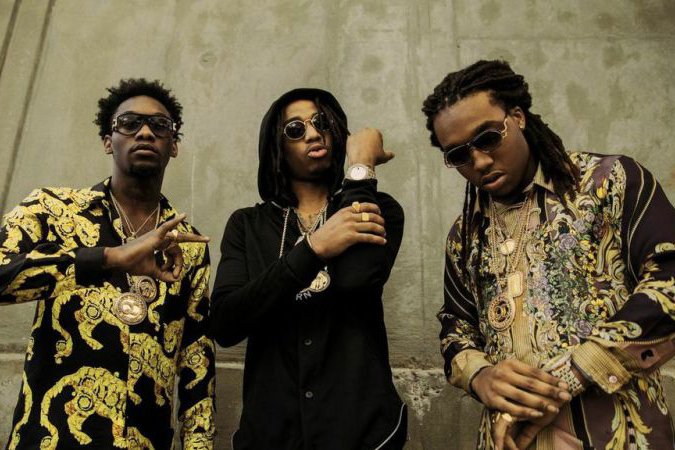 So, Cheeto Satan is still in the White House, half the men in Hollywood are capital-T trash and racists seem more emboldened than ever. And we all thought that 2017 was definitely going to be our year. Ha! Thankfully, fashion has given us much-needed break from the litany of fuckery.

The inspiring @adwoaaboah on the cover of my first edition of @Britishvogue. The December 2017 issue is dedicated to Great Britain and the creatives who represent it at home and abroad. Welcome to the #NewVogue. Enjoy! Photography by #StevenMeisel. On newsstands November 9th xoxo

In June, the fashion stylist took over the helm of notoriously Caucasian British Vogue. His predecessor Alexandra Shulman (who was the editor-in-chief for 25 years) dug grave after grave in interviews that proved how tone deaf she was as about the importance of diversity and inclusion. His first issue (December) has been lauded as historic by multiple media outlets and fashion personalities. From modelling icon Naomi Campbell interviewing London mayor Sadiq Khan to author Zadie Smiths piece on meeting the Queen to rapper Skeptas love letter to Britain this is definitely the #newvogue.

I remember being in Williamsburg once and overhearing someone say nothing cool comes out of Canada. That is why I hate Brooklyn. Notwithstanding, this year Canada Cool has been alive and well, especially with every millennial and their Margaret Atwood-reading mother. Her dystopian classic The Handmaids Tale, like The Simpsons, was definitely prescient about world events. In the recent (American-made) TV adaptation, the handmaids robes (in a colour that I like to call Reproductive Red) are jarring and arrest our attention. Costume designer Ane Crabtree wanted to ensure that in each scene the poetic fluidity of the dresses was seen as the lifeblood moving through a grey concrete, dystopian world.

If Amurica doesnt fix its mess, these dresses will soon be manufactured and sold by Target. See what I did there?

#MIDNIGHTWASABI on the Queen @badgalriri | #MATTEMOISELLE drops 12/26. Whos getting ready?!

Just take all our money, Rihanna. Just take it all. RiRi pulled a Beyonce and launched a passion-project overnight that left us all shook. FENTY Beauty cast so much shade in addressing the void that the beauty industry failed to fill. As a dark-skinned Black cis man who doesnt wear makeup, I can still acknowledge the importance of FENTY Beauty in making Black women finally feel both accepted and vindicated.

A post shared by Sophie Gregoire Fashions (@houseofsophiegregoiretrudeau) on Jul 1, 2017 at 10:55am PDT

One of the few things that I liked about the Canada 150 celebrations was the stunning all-white Tanya Taylor jumpsuit that Mrs Trudeau wore on Parliament Hill. Juxtaposed against the staunch and Stygian lifelessness of the Duchess of Cornwall, Sophie was ebullient and her thoughtful choice of outfit conveyed chic modesty. She clearly is now carrying the baton of graceful, fashionable First Spouses handed to her by one Michelle LaVaughn Robinson Obama.

@christiancowan on my body LV on my feet,this pony tail killing me

Listen, if anyone wants to come for Cardi they gotta go through me and tens of thousands of avowed fans. She has not distanced herself from her Bronx roots despite having the rap banger of the summer plus the distinction of being the first female rapper since Lauryn Hill in 1998, to have a number-one solo single.

Her fashion choices are complex, irreverent, true-to-self and individual, from being a lover of Instagram-model brand Fashion Nova to being dressed as the second coming of Cinderella by Christian Siriano for Rihannas Diamond Ball. If I wasnt so afraid of the Beyhive, I would crown Cardi as queen of us all.

Unless youre obsessed with beauty pageants, Aden wouldnt have popped up on your radar until she graced the catwalks of New York Fashion Week modelling for Yeezy Season 5 in a hijab. Since then, the Somali-American has become the first hijab-wearing model to walk international shows and grace the cover of fashion pubs such as Allure and Arabian Vogue. She is the ideal personification of the bring your whole self to work concept.

In 2014, the fashion industry decided to troll us IRL by creating the normcore trend. This year, Balenciaga decided to take the trolling to Reddit-level heights by producing dad sneakers and an Ikea shopping bag-inspired tote each costing the equivalent of one-months rent for a modest apartment near Keele Station. Since everyone has a 99-cent FRAKTA tote, let’s just start rocking them unabashedly. And about those unisex dad sneakers? Just pop into Giant Tiger over the holidays while visiting your friends family in Dunnville, Ontario.

Her neck long like wine bottle remarked my Jamaican mother when she first saw the CD cover art of Lets Talk About Love, which I clearly bought and still possess (shut up). Nowadays, Wine Bottle Neck is out here in these streets being iconic. During Couture Fashion Week in Paris, the Quebecois chanteuse proved that maximalism is a true art form. She served lewk after lewk that left us all equally perplexed and inspired. Rene would have been proud.

Somehow we allowed the male romper to happen. People, wake up! #NeverAgain.

Lil Uzi Vert, XXXTentacion (I still dont know how to pronounce this) and Migos have been photographed wearing the hippest of fashion labels. But instead of looking trendy, they all look like cautionary characters in Tyler Perry presents How The Grinch Stole Christmas. Tyra Banks said it best: Just because you have access to something doesnt mean its right for you.