NOW MagazineLifeWhole Foods CEO to headline talks at B Inspired

Whole Foods CEO to headline talks at B Inspired

Sponsored feature: presented by B Corps 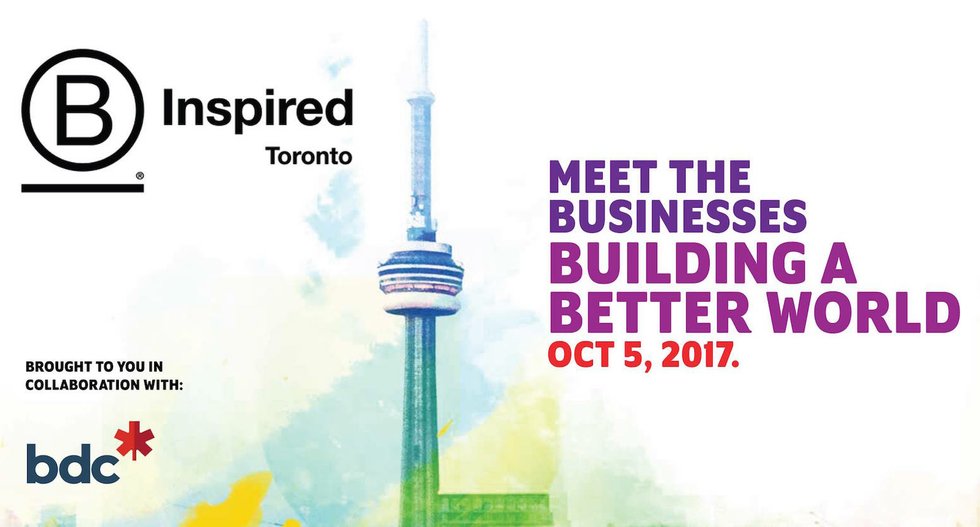 For the first time since the B Corp movement was launched a decade ago, the annual public conference and celebration of environmentally and socially responsible companies will be held outside of the US. On October 5, Toronto will host a lineup of TED-style talks at Massey Hall plus a free street festival in Yonge-Dundas Square.

Featured speaker John Mackey, the co-founder of Whole Foods and its CEO, will reflect on the sale of his company to Amazon, what he and Milton Friedman think about ethical business and what he sees for the future of the B Corp movement and what he calls “conscious capitalism.”

Certified B Corps – such as NOW Magazine – are companies that meet the highest standards of responsible business and demonstrate an ongoing commitment to the ethical business values reflected in the movement’s “Declaration of Interdependence.” There are currently more than 2,200 certified B Corps in over 50 countries.

“People understand that businesses should exist for more than just making as much money as they can for shareholders,” says Joyce Sou, director of the Canadian chapter of B Lab – the international non-profit driving the movement.

“When people think about B Corps, they might think of just one type of company, like organic food or renewable power,” she explains. “But in fact there are some really interesting companies like Intelligarde, which is a security guard service that is employee-owned.”

By offering an opportunity to participate in its profits, Intelligarde offers its employees a way to more meaningfully benefit from the success of the company – and creates a powerful incentive to contribute to that success. The result is a lower turnover rate and more engaged workforce. A similar transformation is underway at another B Corp, Beau’s All Natural Brewing, which began the process of transferring ownership to its employees last year.

The timing of the B Inspired talks and street festival couldn’t be better, considering the variety of local and international divisions that are sparking activism in one of the most highly prized consumer demographics: millennials.

“Increasingly, our biggest consumer base and our employees are millennials, and we know that they care about things like the Earth and their community and the impact that they can have,” says Sou. “They are no longer okay with compartmentalizing their life – going to work from 9:00 to 5:00 and then afterwards doing the things that they really care about.”

For businesses looking to stay ahead of the curve and attract top young talent, Sou believes these are values and practices that can’t be ignored. For consumers, the events on October 5 represent an opportunity to make a deeper connection to a global movement that seeks to correct business practices that are unsustainable, unfair or otherwise unaware of the most pressing issues facing our world.

From 2pm to 5pm, attendees will hear from a selection of speakers that represent some of the leading minds at mission-driven businesses. Tickets are $35 and highlights will include:

Starting at 4pm, the B Inspired street festival will showcase a number of B Corps and entertainment. The event is free and open to the public. There will also be live music from Emmanuel Jal and NEFE. Participating companies providing products and interactive booths will include the following and more:

Find more B Corps near you.