The Based God's no humble-bragger 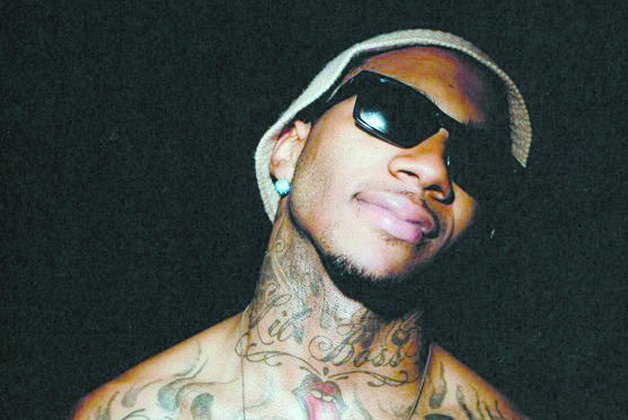 When Lil B speaks, it’s with absolute conviction. “I’m here making history,” says the Berkeley, CA-based rapper over the phone. “I think this is the most positive place in hip-hop because of me.”

In the age of the humble brag, Lil B’s monomaniacal claims make him an outlier, an anachronistic truth-teller in an age of digital propaganda.

There’s some truth in what he’s saying. He’s managed to bring an increasingly outsized rap culture back down to the fans, choosing to stay unsigned, releasing almost all of his music for free and taking extra time to meet fans after shows.

His 2011 mixtape, I’m Gay (I’m Happy), intended as a rare rap statement of support to the LGBT community, charted on Billboard.

“There are hundreds of millions of people around the world who listen to my music,” he says. “Spreading positivity is great. I’m helping a lot of people who aren’t expecting that kind of love. A lot of smart people listen to my music, from lawyers to scientists, kids in jail to kids with no worries. I really feel that’s why I was put on this earth.”

This hyperbole reappears throughout the conversation but comes off as more optimistic than braggy. And in keeping with the messianic theme, he also goes by Based God. “Based” is now a word for doing what you want, wearing what you like and thinking for yourself – the exact opposite of a hip-hop industry built on aggressive uniformity. When we talk about American politics, riffing on his recent Obama BasedGod mixtape, B says Bill Clinton is the most based politician.

This brand is, in part, why his thousands of digitally released absurdist raps have won him a loyal fan base and the attention of music tastemakers and the intelligentsia. (Earlier this year he gave a lecture at NYU.) The music itself is an amalgam of Deepak Chopra-style affirmations and nonsensical quips over oblique, washed-out samples and lo-fi beats.

So it’s not weird when he references System of a Down – an inspiration for his upcoming “world-changing” rock record, California Boy – or asks, “Are Tegan and Sara from Toronto?”

But for all his eccentricities, B gives two quintessentially rap answers when asked about Toronto.

“I heard from Drake that they do it big up there and that there are lots of beautiful women.”