Science & Magic: A Soundtrack To The Universe 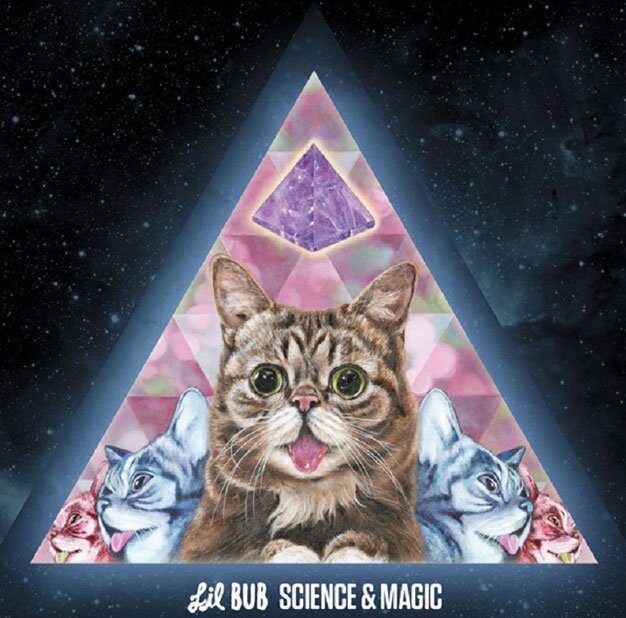 Lil Bub is a “magical space cat” who has collaborated with Andrew W.K., Kelley Deal of the Breeders and even appeared on Meow The Jewels. So why is the immensely talented talk show host, author and perma-kitten only releasing her debut album now?

Bub was born with myriad health issues (including osteoporosis), none of which have held her back. But a concept album about the entire universe is a large undertaking, so we assume she wanted to ensure the proper time and energy was spent on it. It’s paid off. Bub’s knack for whimsical, 8-bit bleep-bloop electronic is apparent, and in addition to a few purrs or meows here and there, her magic shines in the arrangements.

New Gravity is an escape through unexplored synth universes at light speed, and the title track’s looping, reverb-soaked guitar hypnotizes to a smooth climax. The highlight, Earth Sister, has punchy, overdriven guitar riffs, triumphant video-game synths and even some addictive flute lines.

Twenty-five per cent of the net profits go to Lil BUB’s Big FUND for the ASPCA, which helps special needs pets.