A new report from The Environmental Working Group says only 31 of 252 food brands have totally ditched hormone-disrupting BPA from their can linings. So what’s the wisest pick, besides skipping canned food altogether? 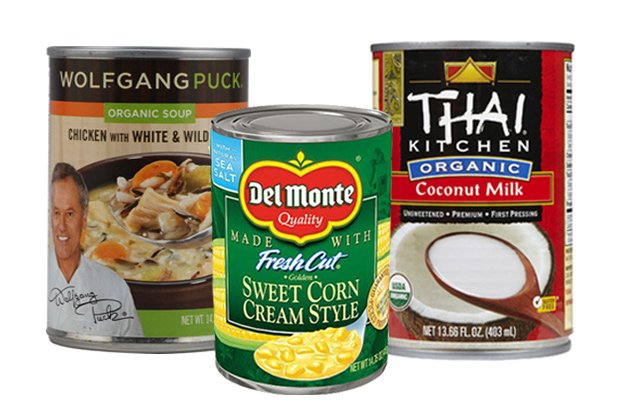 A lot of mega-brands that originally tested positive for higher levels of BPA, such as Campbell’s, have been transitioning over to BPA-free, but they don’t provide details about which cans contain the stuff and which don’t. General Mills is clearer that it still uses BPA in its Green Giant cans, but not in its Muir Glen. ConAgra says it’s mostly switched to BPA-free linings for its tomato brands (Aylmer and Hunt’s), but not its others (including Del Monte and Chef Boyardee). EWG says the worst players, like Thai Kitchen and Wolfgang Puck, are still exclusively using BPA-lined cans (yes, even their organic cans). Either way, these and other BPA-laced brands are being targeted by a petition at ewg.org. 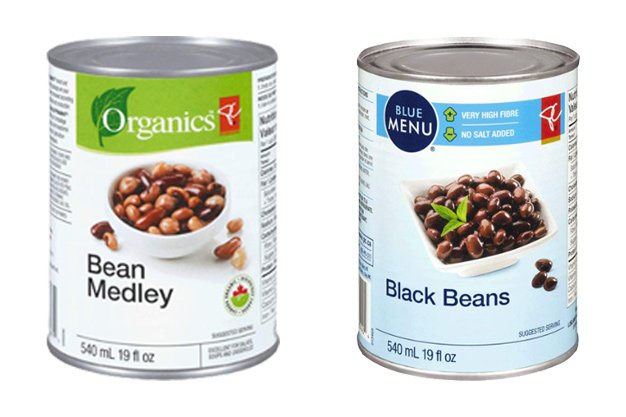 PC wasn’t part of EWG’s report (only U.S. brands were surveyed), but the Loblaws subsidiary’s been pretty spotty on this issue. A few years ago a consumer rep told me the PC Organic line was BPA-free. However, today consumer hotline workers say the company doesn’t guarantee there’s no BPA in PC or PC Organic cans, but that any BPA present would fall below legal limits and that Loblaws is always looking for alternatives. FYI, Sobeys never responded to inquiries about BPA in its Compliments line. 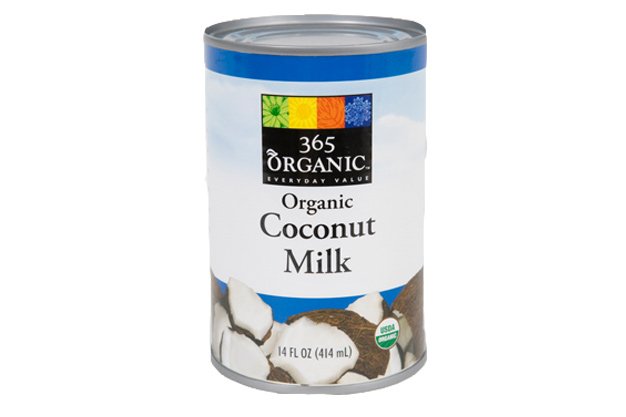 The health food giant says its house brands are transitioning to  BPA-free, but for now at least its conventional 365 Everyday Value uses BPA-free cans for its tomatoes, fish, coconut milk and pumpkin, as well as all its organic canned veggies. Too bad Whole Foods, like most canned food makers, doesn’t publicly disclose what its using instead of BPA. Most BPA-free cans are lined with vinyl, polyester and/or acrylic. 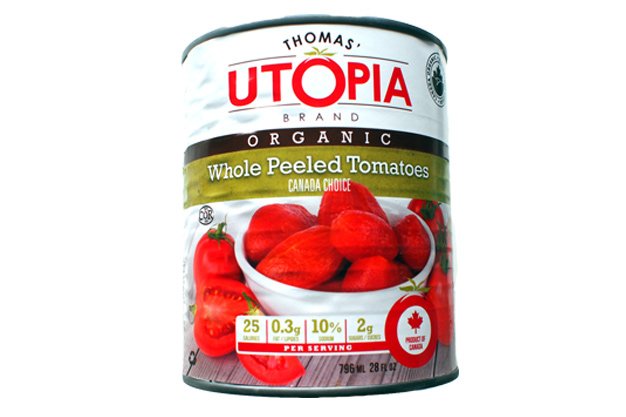 If buying local is a priority, then this may be your go-to brand since no other company grows, processes and cans certified organic tomatoes in southern Ontario. I’ve bought their products myself. On the bisphenol a front, these guys are close to offering entirely BPA-free cans for their organic line (not their conventional line) but told me they have had trouble with consistent supply, making about 90 per cent of their organic cans BPA-free. Until they’re 100 per cent BPA-free, the company says it won’t mention it on the label. Utopia uses a common “vinyl-type” alternative favoured by the North American Metal Packaging Alliance. But vinyl can be a tough sell to plastic-averse consumers. 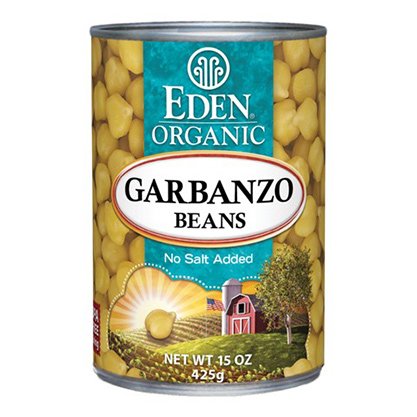 These BPA-free pioneers have been offering bisphenol A-free beans since 1999.  You may not agree with its CEO’s stance against funding birth control for employees, but Eden is one of the only companies offering low-acid canned foods like beans (all “small-farm” organically grown in the U.S.) in containers using a costly plant-based oleoresin liner. Notably, Eden says the canning industry has “no suitable (in our opinion) can for high-acid food like tomatoes” and is not a fan of vinyl and polyester alternatives, so its tomato cans are still epoxy-based and contain “a minute amount of BPA” in the “non-detectable range.” As an alternative, Eden’s started offering canned tomatoes in amber glass jars. Yes, there’s a little BPA in the lining of the cap, but a second BPA-free coating is added to ensure that the BPA doesn’t make contact with the food. Looking for something cheaper, greener and more -local? Freeze your own organic tomatoes in season and pull ’em out to make sauces.