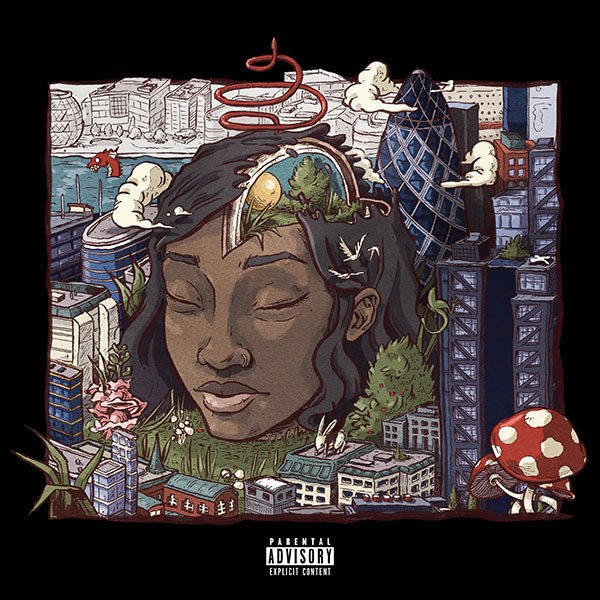 The extended video for Little Simz’s sophomore effort features the British rapper wandering through the levels of a gutted building its inhabitants obscured by moody lights and haze. A voiceover tells her that she must always follow the white rabbit. It’s clear this is Simz’s version of Lewis Carroll’s Alice’s Adventures In Wonderland, only darker and full of imagery springing from the city rather than the English countryside.

When spun by Simz’s deft lyricism, Wonderland takes on many forms. At bottom, it is an imaginative escape, providing refuge from a world that doesn’t support or understand her. Over various tracks, it adopts different guises. Fame and success are explored on One In Rotation + Wide Awake, while Shotgun’s take on romance features a breezy hook from The Internet’s Syd.

For every intoxicating positive these songs offer, however, there is also a bleak side. She takes on the pitfalls of celebrity in Doorways + Trust Issues, and love becomes toxic in Poison Ivy. There is a price for lingering too long in Wonderland, and by album’s end Simz questions whether the pros of staying outweigh the cons.

Simz doesn’t offer any particularly new or complex insights on these themes. It’s not that she’s expected to necessarily. Her experiences fit perfectly within the context of an early twenty-something simply trying to figure it all out. However, what elevates the album is the way she offers it. Simz is nicknamed Bars Simzson for a reason. Her flow is kaleidoscopic and hearing her turn phrases with Jamaican reggae artist Chronixx on LMPD or trade verses with fellow Londoners Chip and Ghetts on King Of Hearts is an imaginative escape in itself.