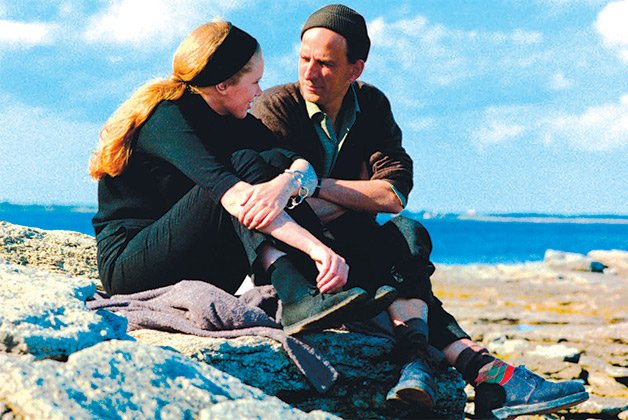 In addition to being perfectly matched artistic collaborators, Liv Ullmann and Ingmar Bergman were also romantic partners for a time. That relationship is the focus of Dheeraj Akolkar’s documentary.

Through on-camera interviews with Ullmann and readings from her autobiography, Changing, Akolkar creates a sort of reconstructed memoir, illustrating her recollections with footage from Bergman’s films.

It’s an intriguing device, and I’ll admit it took me a little while to accept it. Bergman never appeared opposite Ullmann in any of his films, so seeing him represented by Max von Sydow and Erland Josephson at different points in the narrative is a little jarring. (It also has the side effect of reducing those magnificent actors to mere stand-ins for the absent auteur.)

But once the doc moves into its midsection, the method starts to make sense. Bergman’s stark compositions and unrelenting intensity make Ullmann’s stories of decades-old arguments feel immediate and potent. Her relationship with Bergman was always contentious: during the shoot of Shame, she says, the director kept her and von Sydow stuck in a boat for hours in freezing weather because he was annoyed with her about something.

The romance lasted about five years, but the documentary spans four decades, ending with a lovely story Ullmann tells about visiting Bergman on the day he died. Liv & Ingmar may not constitute the final word on their collaboration, but it certainly feels definitive.