New word-and-movement piece looks at the idea of Forgiveness 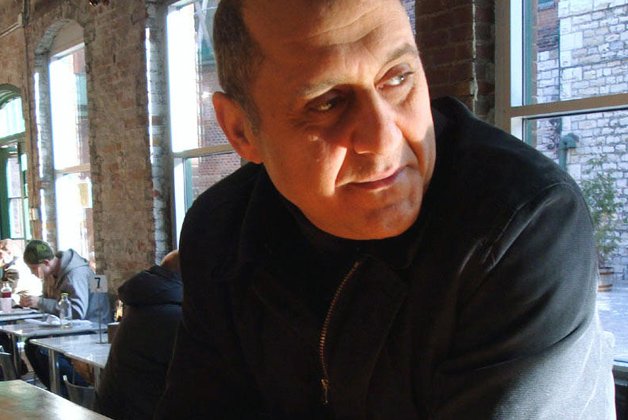 Soheil Parsa has been thinking about forgiveness since fleeing the violence of Iran and the Ayatollah Khomeini.

How easy do you find it to forgive someone who’s cut in line ahead of you?

What about, at the other end of the spectrum, forgiving a dictator who’s ordered a genocidal attack?

Modern Times Stage Company examines both sorts of pardons in Forgiveness, a word-and-movement piece that brings together actors and dancers to look at how absolving others affects our lives.

“It’s not a didactic production, one that insists that forgiveness is good,” says director and co-writer Soheil Parsa. “We’ve subtitled the work A Theatrical Poem not just because the presentation, which combines choreography, text, music and sound, has a poetic quality, but also to make sure that viewers know that we’re not preaching at them. The show simply offers different ways to look at forgiveness in a historical and contemporary context.”

The production draws on real-life figures such as Richard Nixon and Goran Hadzic, indicted for crimes against humanity during the Croatian War of Independence, as well as fictional characters to whom we can relate. They express a range of attitudes toward forgiveness, which isn’t always easy to offer.

“The concept has occupied my mind since the violence of the Iranian Revolution,” says Parsa, who left Iran for Canada following the event. “At about the same time, Nelson Mandela was forgiving his torturers and the judges who put him in prison. I found it amazing that he could do so just as, simultaneously, the Ayatollah Khomeini was executing members of the previous regime in Iran.”

In 2006, Parsa and Peter Farbridge, co-artistic directors at Modern Stage, were doing a project in Bosnia and met a man who told them that he’d forgiven the neighbour who’d killed his father in battle.

“It was an astonishing moment for me,” recalls Parsa, “that he could be happy and not carry around the pain. But it didn’t happen quickly, and it wasn’t an easy thing to do. Not everyone can.”

Forgiveness, with its combination of two actors and three dancers, is an unusual production for Modern Times.

“At first I wasn’t sure how to communicate all the stories and ideas we came upon in our research for the show. Then I realized that a tale or a line in an essay conjured up not dialogue, but rather movement. Since then, the show has always included a non-verbal aspect.”

As director, Parsa works in an organic way he’s not one to impose a realistic dialogue scene on a dancer or ask an actor to connect with the audience through a series of moves.

“When I saw their work I realized that they create in the same organic way that I do, and they’ve been involved in the show since its second workshop.”

The director also knew early on that the material would have to include some lighter moments: “We can’t just barrage the audience with lots of tough, serious material. That would just turn them off.”

That resulted in a section on forgiveness in pop culture and the inclusion of a self-help guru named Anne, who teaches us the 12 steps of forgiveness through words and physical comedy.

Parsa understood that working on Forgiveness would mean that everyone involved would be taking risks.

“But I wanted to push boundaries, my own as well. Usually when people get older they become more conservative. But after making theatre for 25 years here in Canada, I’m happy to be taking some potentially perilous steps.

The use of microphones and tape recorders in the show:

The subtitle, A Theatrical Poem: