The CBC host talks to NOW about activism, the powerful history of R&B and daring Canadian artists 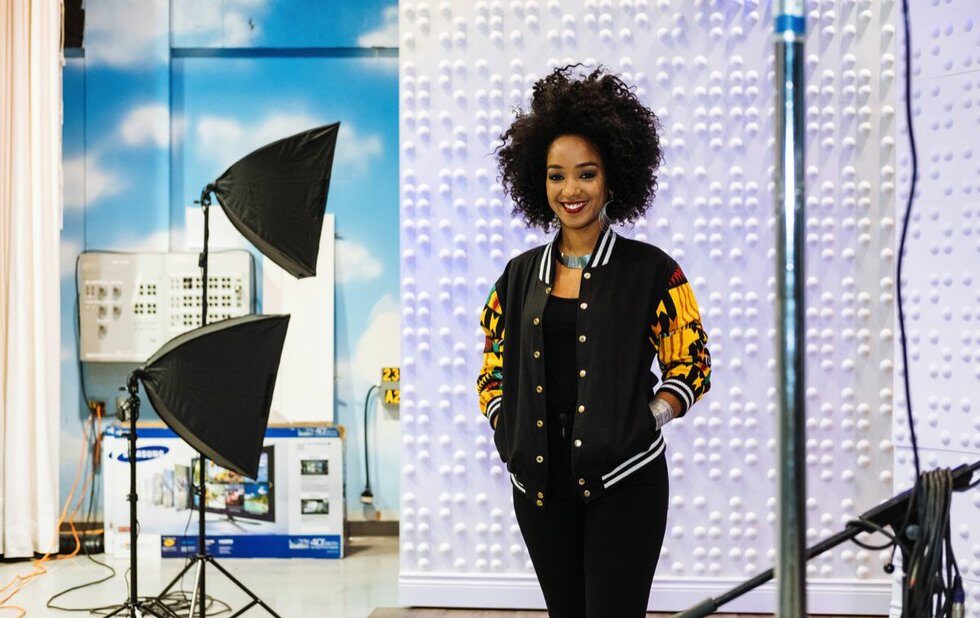 Amanda Parris on set at the CBC.

It’s been a big year for Amanda Parris. Her second season as host of CBC TV’s Exhibitionists started October 9, she debuted her R&B-focused CBC Radio 2 show Marvin’s Room, which returns on Friday (November 4), and she co-hosted this year’s Polaris Prize gala. Parris is also the co-founder of Lost Lyrics, an alternative education organization. She talks to NOW about exploring Canada through the lens of some of our most daring artists, the powerful history of R&B and what keeps her inspired.

You’ve just started your second season on Exhibitionists. What does the TV show explore?

If I may be so bold, I have to say that Exhibitionists is unlike any other show currently on Canadian television. We travel the country and introduce viewers to artists in every medium: poets, filmmakers, dancers, sculptors, photographers, you name it. We’re interested in people who are pushing the limits, diverse creators who are not afraid to be innovative and disruptive.

And what’s the inspiration behind Marvin’s Room?

Two things: It’s the name of a recording studio created by the late great soul singer Marvin Gaye. It’s also a salute to the Drake song of the same name (which Drake recorded at Marvin’s Room). It’s a nod to the great soul sounds of the past but is also creating space for the R&B of tomorrow. Each week I introduce listeners to the songs with stories that hopefully heighten their interest in the music. Motown is golden for that – there’s a treasure trove of stories. It’s so much fun to create a space each week for nostalgia as well as discovery. I see Marvin’s Room as a space to bridge generation gaps and also just remind people of what an amazing genre R&B is.

Activism is a part of your life and career. Did a specific moment or person in your life inspire you to speak up and out?

I don’t really define myself as an activist, because I’ve had the privilege of meeting and working with activists in the past and have a deep respect for the weight of that title.

There wasn’t a specific moment or person who inspired me to speak up and out. I think it was a bunch of little things. I grew up watching my mum fight for us to have access and opportunities in a world that tries to limit and contain Black single mothers. Every Christmas I’d listen to my extended family debate politics, not really understanding the details but definitely absorbing all of the passion.

During high school, I was lucky enough to have the option of taking a Black history course that opened my eyes and introduced me to a history that began before slavery. As a teenager I read The Autobiography Of Malcolm X, which was like opening Pandora’s box. In my first year of university I had my first-ever Black teacher, Dr. Andrea Davis, who taught Cultures Of Resistance In The Americas at York. That class changed my life and reshaped my world view. The accumulation of all those experiences led me down this path.

What keeps you motivated to write, perform and create?

I truly believe there is nothing in the world more magical than creating art. From performing on a stage to writing the scene of a play, getting to breathe life into imagination is a taste of freedom.

Can you share a belief or life motto that has served you well in life?

“If there is a book that you want to read, but it hasn’t been written yet, you must be the one to write it.” – Toni Morrison