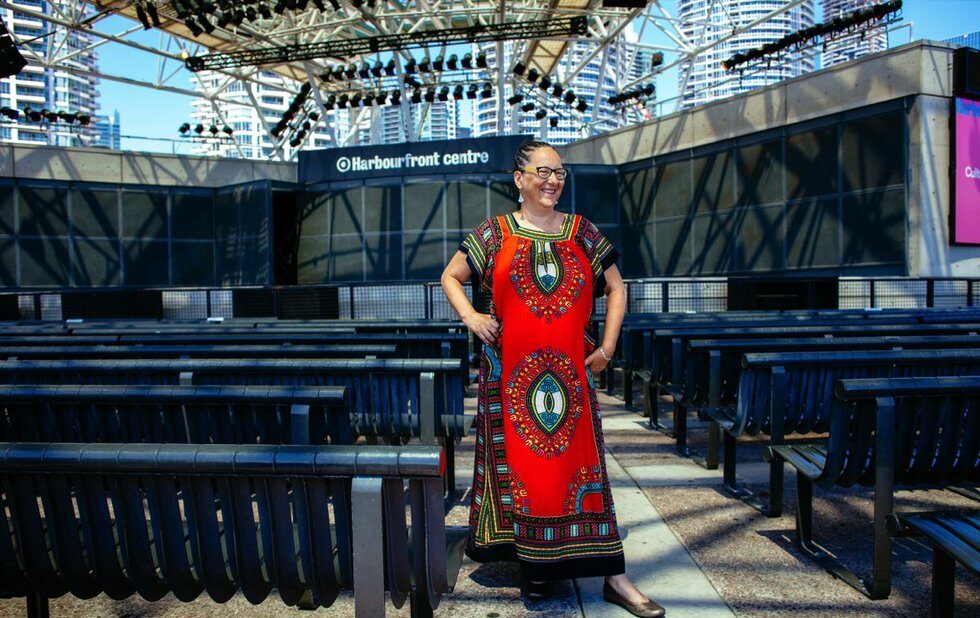 Founder of the Batuki Music Society, Nadine McNulty has spent over 20 years championing African art, music and culture in Canada.

She spent 14 years as Music Africa’s artistic director, and holds advisory and programming positions with the Juno World committee, the Music Gallery, the Art Gallery of Ontario and, most recently Massey Hall/Roy Thomson Hall.

For the past 15 years she’s also produced and co-hosted Karibuni, a weekly music program on CIUT 89.5 FM dedicated to African music. K’naan has called her his first Toronto music supporter.

This week Batuki Music Society co-presents the free, all-ages Habari Africa festival at Harbourfront Centre (235 Queens Quay West) from Friday to Sunday (August 12-14). Performances by Afrafranto, Fojeba & the Sunshine Band, Djely Tapa and others will have visitors dancing all weekend.

What inspired you to create the Batuki Music Society?

There was an overwhelming demand from African artists based in Canada looking for opportunities to perform throughout the year and not only at summer festivals or during Black History Month. Batuki Music Society was created as an avenue to address some of the problems they face, like inadequate representation in the mainstream arts scene, lack of opportunities to perform at major venues and festivals, problems navigating the often difficult music market in Canada, career development to help advance and integrate into the mainstream arts arena. Lack of resources and often language barriers prevent talented artists who are new here from continuing their successful careers from their homeland.

Batuki, a name created by our executive director, is an amalgamation of two words. “Ba” refers to people of or belonging to, “tuki” is a shortened form of tukul, a traditional hut in South Sudan. In African villages, families stay in a compound composed of several huts. This compound represents myriad activities including music and art. The organization adopted this name to reflect the artistic work of African musicians under one roof of the tukul.

What drew you to the sounds and culture of Africa?

I travelled extensively in East Africa, and music was part of daily life. You can find any kind of music in Africa, all genres and styles to suit any music tastes. Hearing Miriam Makeba, Papa Wemba, Bonga, Youssou N’Dour, Tabu Ley Rochereau, M’bilia Bel and Sam Fan Thomas attracted me to explore African music further.

Is it a challenge as a woman not of African heritage to be the face of an organization representing African culture?

I’ve embraced African culture by learning to collaborate with African artists, and this knowledge I’ve gained [helps me to] voluntarily serve the African community as an arts consultant. Over the last 20-plus years of my work with artists and within several African communities, I’ve always been made to feel welcome and respected and been encouraged to do more.

What are you most proud of in your career?

Having contributed to the development and growth of the African music scene in the city and province. I’ve also opened new avenues for African musicians by collaborating with established mainstream arts bodies like the Royal Conservatory of Music, Harbourfront Centre, Massey Hall/Roy Thomson Hall, Alliance Française, the Art Gallery of Ontario and the Royal Ontario Museum.

Can you share a motto that has served you well in life?