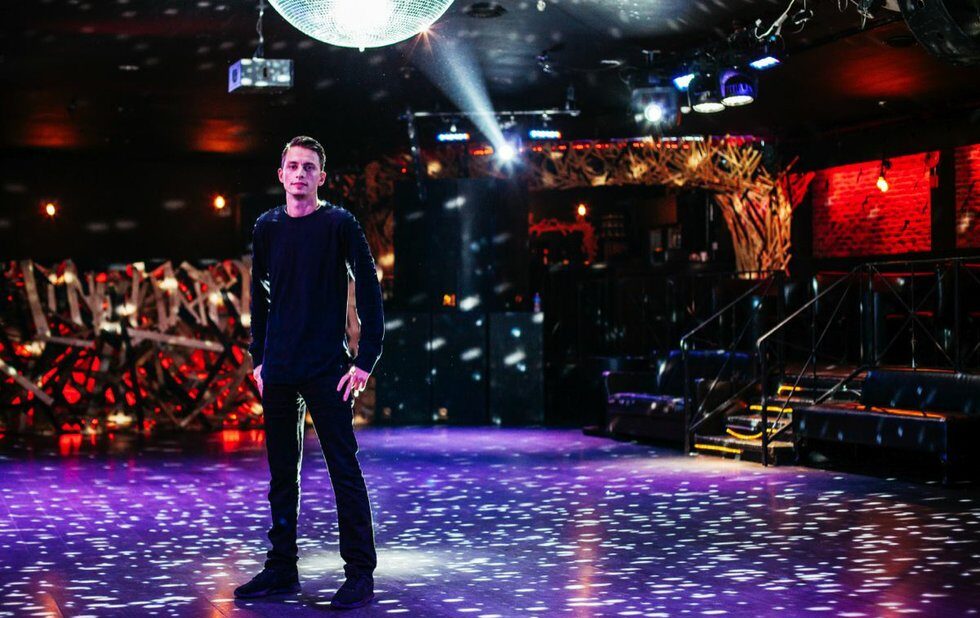 For Oz Akgun, music has always been a way of life. Taking his love for music and turning it into a force that brings electronic DJs and producers of all backgrounds and genres to Toronto, Akgun started event business Ozmozis in 2010, and it’s now nearing its 200th show. He’s celebrating that milestone with the #Ozmozis200 concert series, which brings 25 musicians to town for eight events between October 14 and December 31. We sat down to discuss what inspires him and what to expect from him this winter.

What made you decide to start running your own shows?

Not many people know the history of where it all began, but those who’ve known me remember the days when I worked at This Is London, circa 2007. That’s sort of where it all began for me, working at coat check. I’ve always loved the music – it puts me in a state of happiness. It made things a bit simpler deciding what I wanted to do [with my life] given how passionate I am about music. We hosted our first event as Ozmozis in 2010, and it’s been growing ever since.

The Ozmozis200 is a massive collection of shows. What went into it?

Programming is very important to us. Ozmozis200 is something we’ve been working on for almost six months. The art of music programming is somewhat lost in today’s younger generation, but that doesn’t mean they aren’t willing to learn. It’s important for organizers to educate people who come to our events. The best way to do that is organically, on the dance floor. For the series, we wanted a bit of everything – from trance and techno to house and progressive – in order to appeal to a broader audience and create that important balance.

What inspires you about working with electronic artists?

The fact that I get to work with most of the artists I grew up listening to on the dance floor at clubs. For me, it’s a big dream come true to be respected by them.

What’s the biggest change you’ve noticed in the Toronto electronic music scene over the years?

We’re living in one of the top cities in the world for music, with a very diverse scene that has something for everyone. There’s a long history of dance music in this city, and that’s why many artists love to play here. We’ve got some great talented artists making Toronto a portal for international attention, especially now.

Ozmozis has a large following. What do you think draws people to your events? What’s different about your shows?

The idea was to build a community of music lovers on a foundation that is about the vibe and people first and foremost. Then we focus on the music by having a unique blend of styles and genres catering to the vibe of our crowd. The backbone of Ozmozis is creating the ultimate sense of unity on the dance floor. Once people experience the atmosphere of the dance floor, they want to come back and bring their friends. It’s a natural progression.

That would take away from the element of surprise! We’re working on bringing some fresh names to the city for their debuts. According to my horoscope, 2017 will be a year of development and expressing my creativity. Our eighth anniversary is fast approaching early in the new year, so keep an eye out for that. But first, we’ve got Ozmozis200.