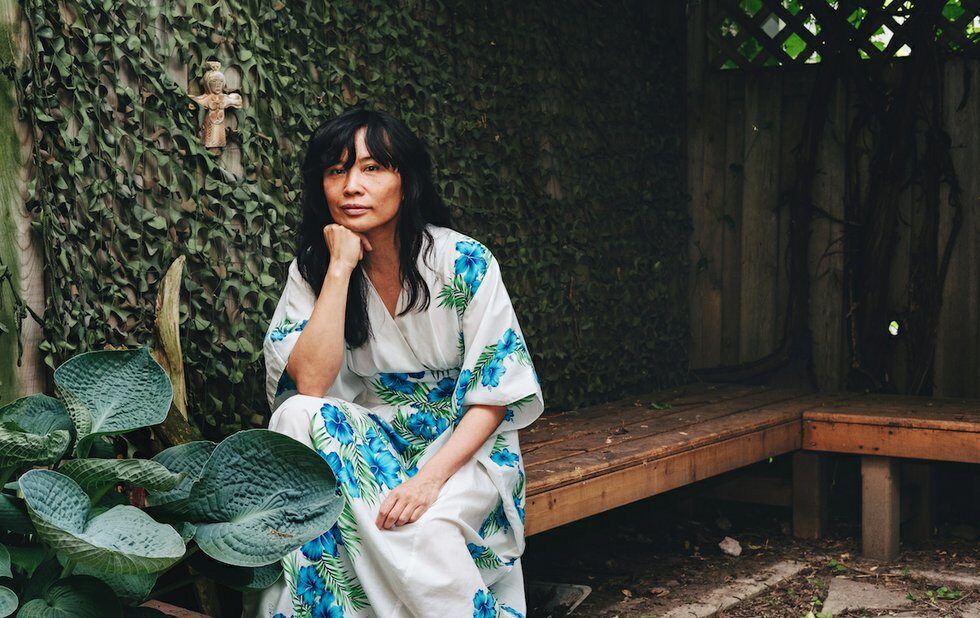 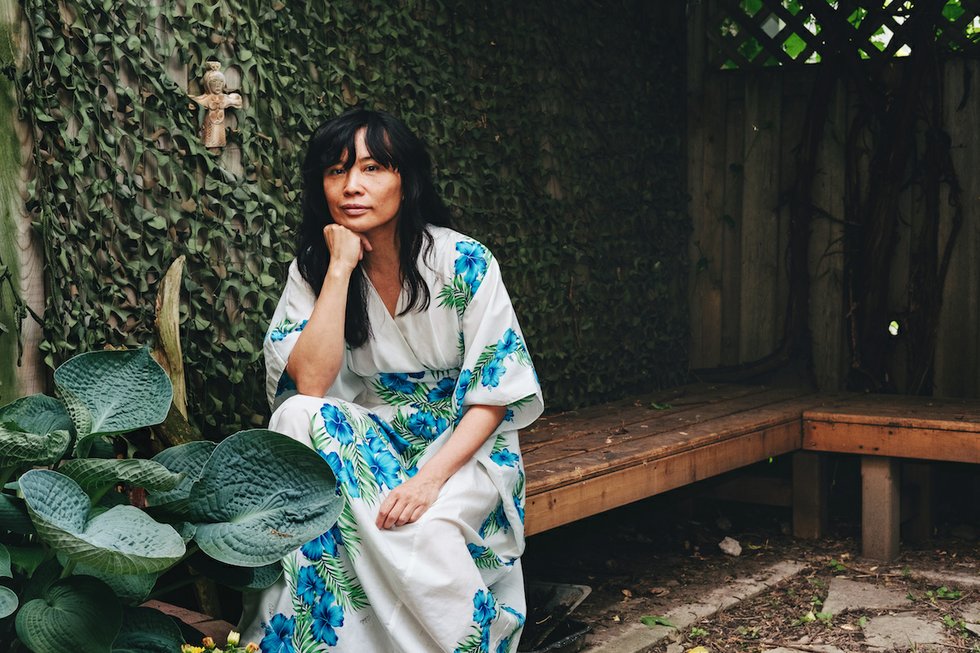 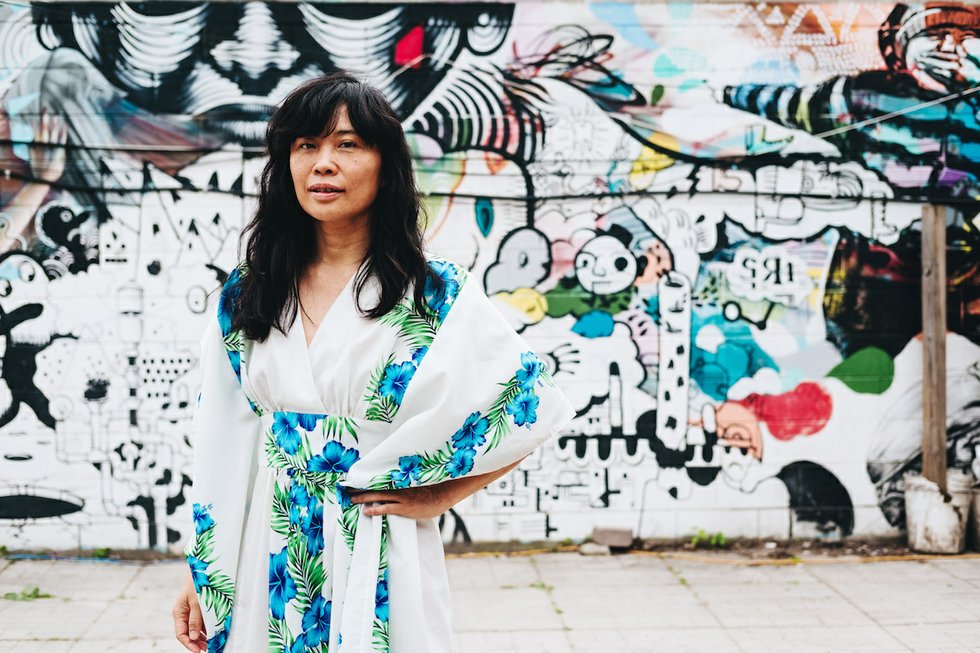 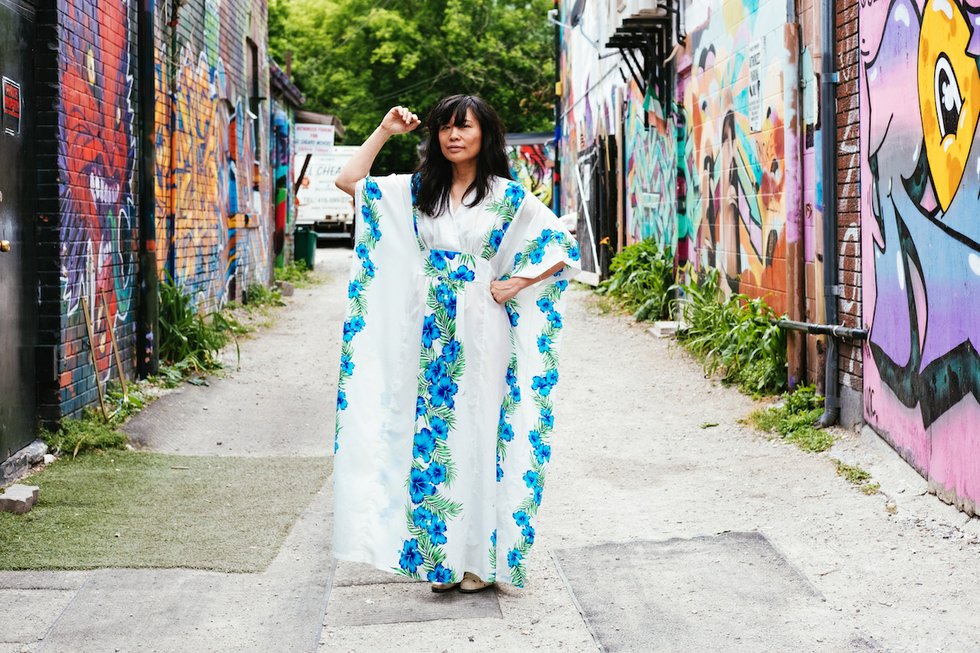 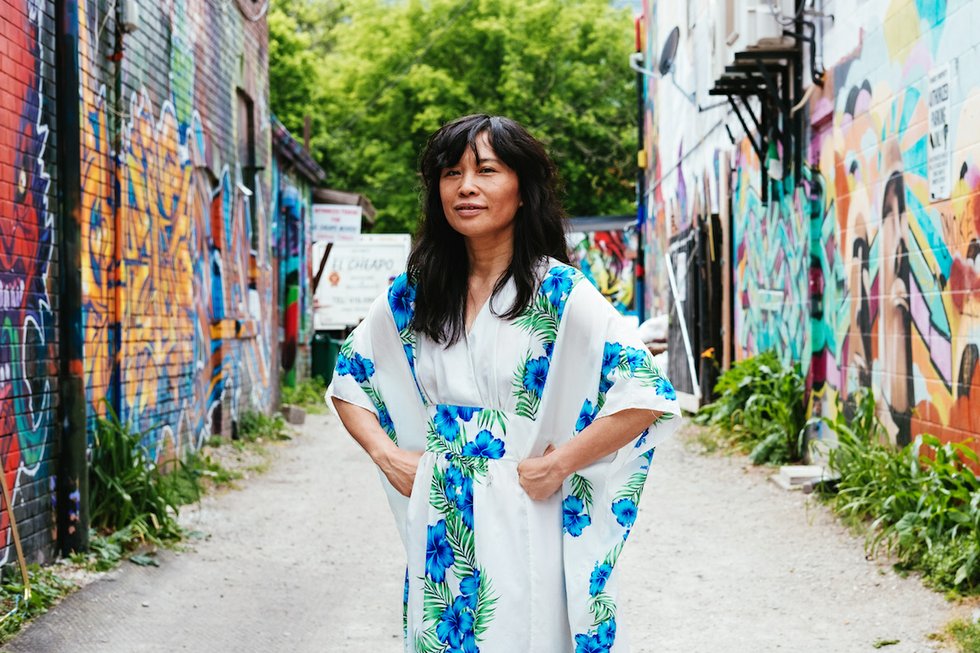 Sook-Yin Lee grew up in Vancouver, but she’s seemed like a Toronto (and Kensington Market specifically) fixture forever. She gigs about town as a member of the experimental duo JOOJ, she played Olivia Chow in the biopic Jack, she became a household name as a MuchMusic VJ in the 90s and, since 2002, as the host of CBC Radio’s weekly pop culture show Definitely Not The Opera, which ended in mid-May.

But endings don’t last long for the always-on-the-go musician/actor/filmmaker/broadcaster. When CBC Radio One asked her to drum up a new series, she pitched them Sleepover, which finds Lee and three strangers meeting in a hotel room for an all-night conversation focusing on a life problem faced by one of the participants. A social experiment, you could say. The first of season one’s 10 30-minute episodes premieres Monday (June 27), and airs Mondays at 7:30 pm and Wednesdays at 9:30 am.

What prompted the idea for Sleepover?

It comes from the need for person-to-person presence. I can be a shut-in under the blanket, alone and grasping my mobile device. We’re in an era of instant communication. It’s easy to voice strong opinions online, but our interactions can quickly turn divisive or get glossed over. Sleepover is an antidote to 21st-century disconnection and alienation. We’re creating a shared space among strangers to get to know one another, sharing problems over a 24-hour period. It’s an intense duration that requires a leap of faith, bravery, openness and a willingness to be together.

The set-up is fun, but it seems like things could get pretty heavy. Is there a particular tone you’re shooting for?

Bring on the dark, bring on the light. Chiaroscuro radio! The approach is warm-hearted and playful, but our guiding principle is to go with whatever happens and get curious, especially when things are challenging. We’re not expecting to solve each other’s problems, but we’re hoping to at least give them some room for serious consideration.

How did you feel about DNTO ending?

It was difficult for me. DNTO was an anchor in my life. I love the show and my peers. I went through the stages of grief and ate bags and bags of potato chips. But there was also a recognition that it was time for a change.

Are endings harder when they happen in public? Like, leaving MuchMusic, too?

Endings can be hard whether they’re public or private. Heartbreak nearly killed me when no one was watching. When I quit MuchMusic, it was a clear choice. I wanted to go, so I pulled down my pants and mooned the camera. Still, it was hard to have to walk by the Citytv building, like passing my ex’s place. The end of DNTO was bittersweet for me. There was no stopping the end from coming. The public aspect of it forced a graceful acceptance of a kind of death, for which the team and I were ready.

Tell me about other projects you’ve got on the horizon.

I am so excited to be shooting my next feature movie, which I wrote and will be directing at the end of this year. It’s a ghost story called Octavio Is Dead! It’s spooky, atmospheric, supernatural. I’ll be shooting it in the flaming industrial glory of Hamilton. I have an incredible cast and an inspiring production team. JOOJ will be working on the score with the brilliant Alia O’Brien and Sean Kennedy from doom-metal band Blood Ceremony.

How has Toronto shaped you and your career?

When I first moved here from Vancouver, it was a gritty, unforgiving, working Hogtown. It’s since endeared itself to me for those exact qualities. It’s still butt ugly, but I live in the best neighbourhood in the world with wonderful neighbours and friends. Toronto’s got problems, but it’s vibrant and entirely liveable and lovable.

Do you have a guiding life philosophy?

I follow my curiosity and try not to get killed.