CLASS OF 2017 with KIRTY, STACEY, MACCIE and HELENA DELAND at the Silver Dollar (486 Spadina), Friday (January 20) with. 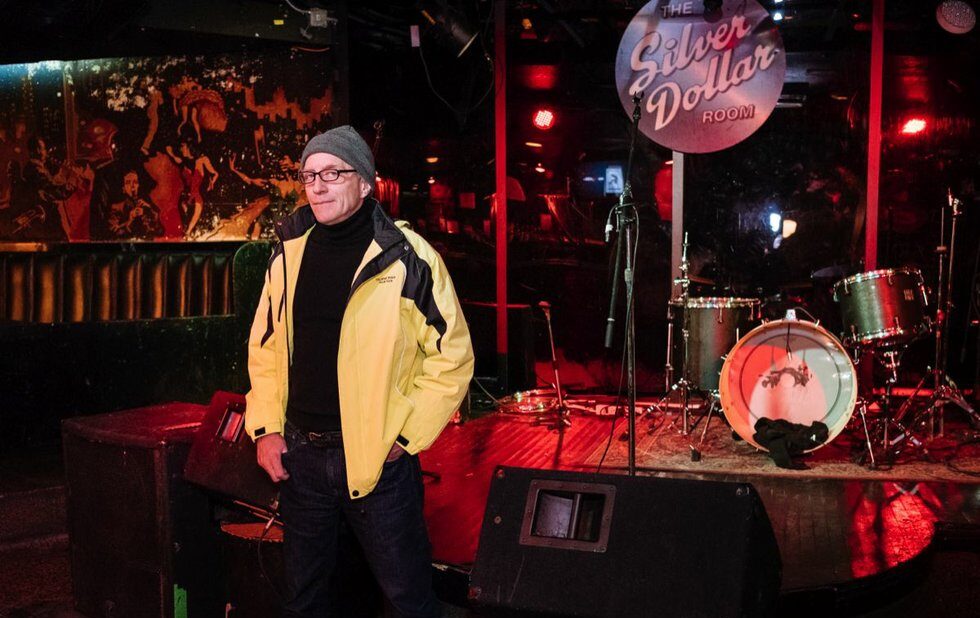 CLASS OF 2017 with KIRTY, STACEY, MACCIE and HELENA DELAND at the Silver Dollar (486 Spadina), Friday (January 20) with CHASTITY, CELLPHONE, SAHARA, YI and THE SULKS on Saturday (January 21) and with SHY KIDS, COMMON DEER, SATE and RAVEN SHIELDS at the Horseshoe (370 Queen West) on January 28. $10. ticketfly.com.

Its hard to imagine a more legendary and colourful (some would say infamous) local music promoter than Dan Burke. He entered the profession haphazardly 20 years ago when he started booking Club Shanghai (1997-98), knowing little about the music business but armed with a resourcefulness honed during a career as an investigative journalist focused on underworld affairs.

Burke quickly figured out who the players were, putting on early shows for the White Stripes (You couldve put the whole audience in the same cab, he says), Neko Case, the Sadies, Brian Jonestown Massacre and many others. From there he moved on to the El Mocambo (1998-2001), which experienced a revival under his influence before it was bought out. Eventually, after a very bad streak, he started at the Silver Dollar, where he remains.

Hes had songs written about him (The Barmitzvah Brothers Show Promoter Dan), a guitar smashed over his head (in a mid-show brawl with John Dwyer of the Hospitals/Thee Oh Sees) and been the subject of a documentary (The Last Music Man). A former drug user, he once paid a band in jeans (They didnt have a guarantee I was just being a nice guy to them, he says), but these days Burkes primary vice appears to be nicotine. He wakes early and works tirelessly all day setting up and promoting local-focused, affordable shows.

We spoke in the midst of the Class Of 2017 month-long annual series he co-curates (this year with Exclaim, Wave-length, Ride the Tempo and Collective Concerts), celebrating up-and-coming local talent.

Its just a very good angle. In the same way that a writer needs a story angle, a promoter needs, more than ever, an angle to promote with. To be effective, youve gotta be creative the same way a songwriter has to write songs and a band has to create new material. [Also] its just common sense: I dont like to give away my trade secrets, but in January the touring circuit freezes up fewer bands want to travel north. I saw an opportunity to create a vehicle that could put a special spin on the shows, to elevate them to concert level as opposed to run-of-the-mill.

They all make the grade. Chastity are very interesting theres been quite a struggle between various labels to sign them. Theyve ended up on Captured Tracks, a great label out of New York. Sahara are a very good band. I also really like Sate: Tina Turner meets Danko Jones. And Stacey Ive known an awful long time. Helena is from Montreal, just taking off. Shes got some very good press. Obviously, I like them all. I dont want to choose one above the other.

[You want to] put together a group of acts who fit well musically and socially you dont want one of the bands to clear the room. Its an equation that should exceed the sum of its parts.

Its too easy to become a band now. Technology has made it that way. The internet provides a colouring book of prefab vehicles. Set up a Facebook page thats your website, and you can add Tumblr, Bandcamp, Soundcloud and now Spotify. Before, if you wanted a website you had to hire a designer and do upkeep on that. You had to hire a band photographer. Now anybody can do it with a cellphone. Recordings much easier. You see a lot of acts trimmed down to one or two people up onstage with their knobs and dials. A lot of it is prerecorded using prefab samples from computer programs.

I dont think so. I mean, house music evolved into EDM, and I think EDMs terrible because they get a beat and rhythm rolling for 45 seconds and then they stop it. I remember a good DJ back in the day at the Comfort Zone could keep you going for 45 minutes by spinning a good thread. [Now] nobody seems to be dancing. Theyre just flailing their arms in the air.

Yeah, I guess this is my 20th year, and the whole spine of my career is on Spadina. I created the Club Shanghai, which was on Spadina, south of Dundas, [July of 1997] and in June 1998 I moved up to the El Mocambo.

We did some very interesting things at the Shanghai. We brought up the White Stripes, possibly their first-ever show outside of Detroit, and a lot of other great bands. Neko Case when she was just starting. The Brian Jonestown Massacre their first show in Toronto. The Deadly Snakes did a couple of great shows there. The Spaceshits from Montreal.

The El Mo, at that point, was ready for the glue factory. Nobody was [bringing] touring acts there and I correctly put it back on the map and made it an important international club again. I first took over the upper floor but ended up taking over the whole thing. The owner was so impressed with the work I was doing that in 1999, he said, What can we do this year? and we got into a whole drive to restore the sign. So by June of 1999 we had restored the sign and I had something called the Neon Palm Festival, which was three nights.

I put that place back on the map and then we were just blindsided cause the building got sold. Someone bought the building and we were evicted. Got 30 days notice. Got it extended to 45. November 4, 2001, that was the last day.

The Dears. Tricky Woo. Will Munro’s Vaseline [later renamed Vazaleen]. The Deadly Snakes. The Sadies, a number of times. I put the Sadies downstairs and we had The Guess Who upstairs. I said, Guys, if you play downstairs you can go see the show. [The Sadies] backed Andre Williams upstairs. They opened when I had the Mysterians upstairs with the Sadies and the Greenhorns, who became Jack Whites guys. I brought in Tricky Woo to open for the Toilet Boys and Dee Dee Ramone. And paid them $500. I cant do that any more.

I never wanted a salary. Because whats the incentive? Id rather work on commission. We all to a varying degree have a tendency to be complacent, and without a salary you cant be complacent. It brings out the best in me. I work very hard. I mean, you know, we create the night during the day. I woke up at 5 this morning. When Im operating my best, at my most efficient, Im on the computer at 9:30 in the morning building and promoting shows, coming up with ideas. How do I get this band to play this show? Whos going to play first? Whos going to play fucking last? Everybody wants to be in the middle.

Its kind of like gambling its an addiction. Its what I do. You develop skill at something and you do it. I like the game its competitive better than being a journalist. I always felt as a journalist you were a spectator in the stands, not down in the playing field.

If I can put together the right compositions in an interesting fashion that will draw people out, the job isnt done its up to the bands to execute. But when theres a good room, a good buzz, theres a good feeling, an excitement that usually brings out the best in bands. Ive seen it happen so often. If a band opens up and kills it, that raises the quality of the other bands. Oftentimes youre thinking Oh, man, Id hate to go on after them, and you see the next band rise above.

Were doing very well, and if this ends theres nowhere else to go. Ive reached the borderline [of this stretch of Spadina]. If you look north, its done. If it ends here, its the Alamo. Gotta go down with guns blazing. And the way the citys evolving, that may happen sooner than you think.