If you see Dovercourt at Camp Wavelength this weekend, give him a hug 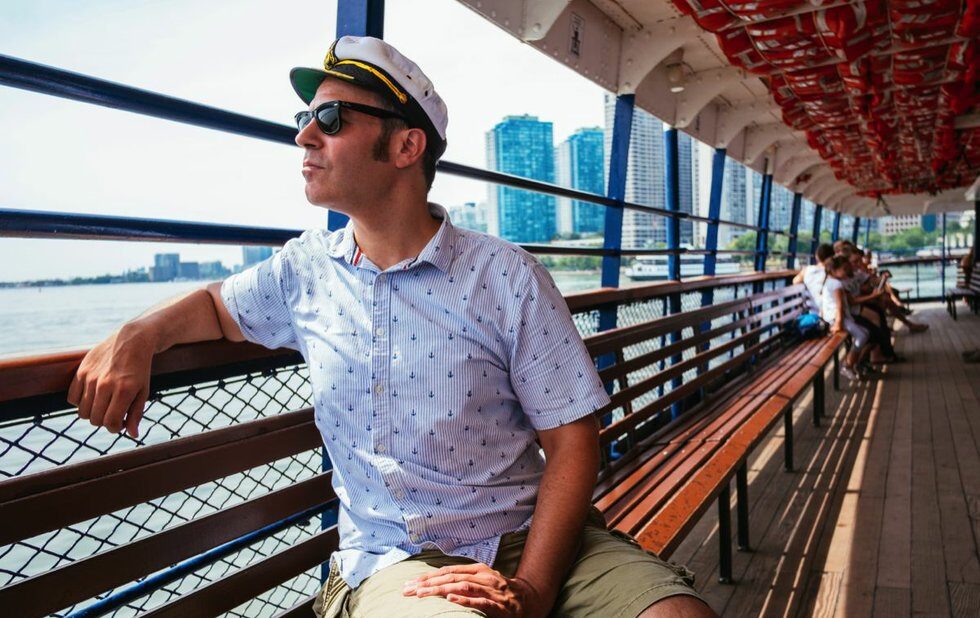 If you’re an indie musician in Toronto, you’re surely familiar with the concert series Wavelength, and likely its artistic director, Jonny Dovercourt, too. The music series is now in its 16th year of championing music by, as Dovercourt puts it, “creative artists who exist in the ineffable middle ground between ‘weird’ and ‘accessible.’”

Dovercourt tells us about steering the good ship Wavelength.

We’re building on the success of last year, but with more focus on diversity across genres and communities. We’re really proud to represent a wide range of music and people on the same stage: from Black LGBT disco-funk (Jef E. Barbara’s Black Space) to Bengali electro-soul (LAL) to southern Ontario folk-rock (Michelle McAdorey) to under-19 Riot-Grrrl punk (Hex) to First Nations synth-pop (Wolf Saga). Camp Wavelength is, optimistically, a place where we can all just hang together and get to know one another. The Island is one of the city’s true universal gathering places.

What other festival has a beach? It’s as much an end-of-summer getaway as it is a music festival. Let’s face it, we don’t have many warm weekends left before we’re all stuck inside again. And unlike most other camping festivals, you don’t need a driver’s licence to get there. Just a TTC pass and a boat ride and you’re a million miles away.

What goes into organizing the festival?

We put a lot of thought into curating the most exciting lineup possible, finding the right balance between tried-and-true favourites and emerging up-and-comers, and imagining what will best suit the diurnal cycles on the magical place that is the Island. Our community partners include the Monarch Tavern, Pop Montreal, 88 Days of Fortune, Manifesto, Girls Rock Camp Toronto, Batuki Music, Bunz Trading Zone and of course our hosts at Artscape – all our fellow travellers who want to champion music and culture that’s a step removed from the mainstream.

Wavelength has become a Toronto institution. How have you kept it alive?

I think Wavelength’s mandate is open-ended enough to allow it to perpetually reinvent itself without losing its core identity. There will always be creative artists looking to find a community where they feel comfortable and accepted… people who take their craft seriously but aren’t necessarily aiming to have a career in music. Such artists often need a champion, and that’s what we strive to be. Keeping it alive has been a mix of taking our mandate seriously, refusing to quit, listening to the community, learning to write grant applications and having fun doing all of the above.

Do you see its long-lasting influence in the music scene?

Well, that’s a hard question to answer without sounding self-congratulatory. But I’d like to think we at least partially inspired a lot of other DIY ventures across Canada, and now we’re part of a national network that includes Weird Canada, Kazoo! Fest (Guelph), Sappyfest (Sackville NB), Arboretum (Ottawa), Pop Montreal, Sled Island (Calgary) and so many more great institutions.

How would you describe the state of the local independent music scene/community?

I think the scene is strong and robust and there seem to be more bands, venues – and festivals – than ever. If anything, it at risk of being a victim of its own success, and competition for audiences and attention seems tougher than ever. But there probably hasn’t been a better time to be in a band in the last 30 years. There have also been a lot of really important discussions about identity, representation, inclusion and discrimination in the last couple of years, and it’s fantastic to see the community tackling these difficult and sometimes uncomfortable issues head-on. On the downside, DIY venues seem more endangered than ever, and the city needs to back up its Music City promises with more efforts to support creative and non-commercial spaces for live music. That said, Mike Tanner has done a great job as music sector development officer, considering he’s running an office of one with no budget.

Any tips for Island campers?

Pack light but don’t forget the essentials: sunscreen, bug spray and beach towel. If you forget anything, we’re going to have a Bunz trade table as well as a Camp tuck shop to take care of your needs. And if you’re on the fence about camping, just imagine dancing your ass off, then chilling at a campfire under a full moon with your best buds, then falling asleep to the sound of the waves, then waking up, ordering a coffee at the campsite and wandering barefoot down to the beach.