Celebrate the fest's 10th anniversary all week, with performances from Anderson .Paak, Kaytranada, Boi-1da and more 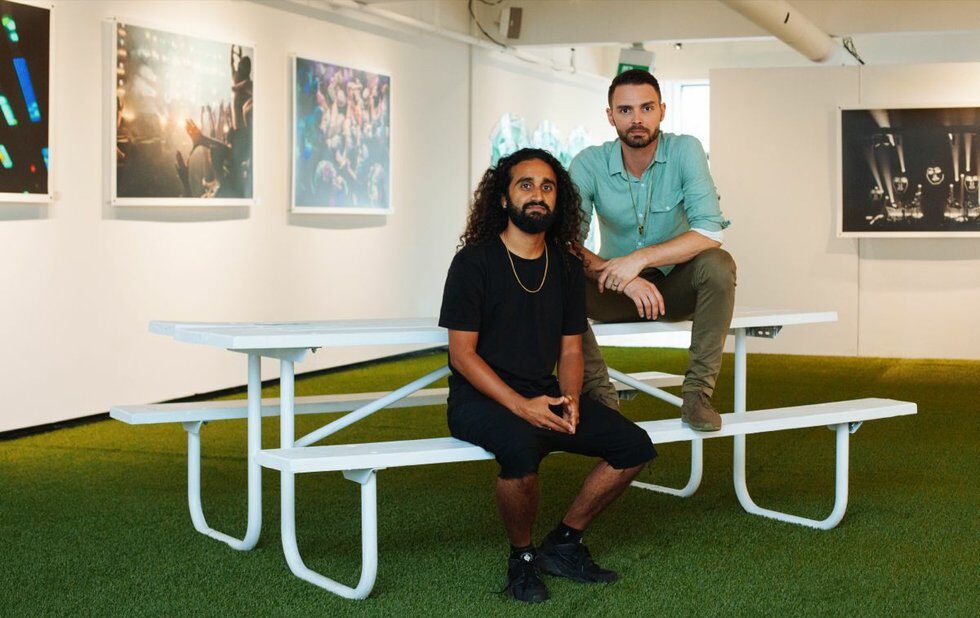 Manifesto Festival started as a small group of artists, organizers and promoters hoping to lay the groundwork for a new urban arts platform in Toronto that could help homegrown artists gain recognition here and internationally while also uniting diverse communities. Ten years later, it’s celebrating its 10th anniversary with its biggest blowout event to date, at a time when hip-hop and R&B artists have put Toronto on the map and at the top of the Billboard charts.

See mnfsto.com for the full 10-day schedule, but highlights include the opening-night party on Friday (September 9) with Boi-1da, Rich Kidd, Sophie Jones and JAYEMKAYEM at Mascot Brewery, the largest concert in the fest’s history on September 17 at Echo Beach (featuring those aforementioned marquee names, plus openers) and the annual free Yonge-Dundas Square block party on September 18 with A Tribe Called Red, Yes Yes Y’All DJs and others.

Co-founders Ryan Paterson (right) and Che Kothari (left) give us the lowdown.

How has Manifesto grown and changed since year one?

Kothari: The vision, mission and core spirit of Manifesto have remained solid as a rock, but over the years things have definitely matured and evolved. The mission has been to unite, inspire and empower diverse communities of young people through arts and culture. Educational programming and training, physical and online space, arts entrepreneurship, events, exhibitions and festivals are all a part of that. Ten years down the line, each one of those pillars has manifested and grown, and a beautiful scaffolding of social infrastructure has emerged alongside it – deep relationships that you can see traces of in the Manifesto 10-year festival programming. Manifesto is influenced by and influences a rich ecosystem of arts communities as Toronto has evolved to become the leader of global culture it was destined to be, especially in hip-hop.

Do you feel the organization has contributed to that thriving hip-hop and R&B scene?

Kothari: The most important thing I believe Manifesto has contributed is a sense of pride, possibility and unity. When we started and began bringing people together in dialogue, a huge surge of energy and hope was created. We struck a nerve, and it ran through the scene like a lightning bolt – cross-generationally and cross-discipline. People felt an energy and galvanized around it.

Ten years ago, we lived in the screw-face capital, where artists would not show love for each other. There’s a completely different energy in Toronto now, where people big-up each other and the city they’re from. So much building has taken place [with Manifesto] over the years – 1,500-plus artists showcased, over $1 million paid to young artists and organizers, 75-plus internships and 1,200-plus employment opportunities created, 100-plus events produced. Beyond that, the one-on-one relationships that have formed at Manifesto workshops, arts exhibitions, concerts and gatherings are a true win.

Paterson: I think Manifesto has been able to contribute to the growth of the hip-hop scene and the arts scene in general in a few ways, but most importantly through our overall message and mission. Manifesto is one big call to action, to celebrate and support our own, to cultivate local role models for our young people, to show what’s possible when we come together with a shared vision and determination. I think we’ve helped shift perception about what’s possible and helped Toronto sort of big itself up every year. That’s not something the city has always been great at.

What are you most excited about at this year’s festival?

Paterson: Some highlights for me are our art exhibition, Fly Girl Fly, which is an all-female group show with some really powerful work, all of the Summit programming, as that’s always such a great space for learning and discussion. The Anderson .Paak and Kaytranada show is going to be bananas. And our Birthday Block Party at Yonge-Dundas Square. You’re going to feel that at the block party in a big way. It’s going to be spiritual.

Kothari: The block party. There is something about taking over the centre of the city and its being free and accessible to all. Not only do we have some of the top sound systems coming to rock the stage, but A Tribe Called Red headlining it only two days after they release their album is so meaningful to me, and I know they will do it proper, reminding everyone while we celebrate with thousands that we are on the sacred lands of Turtle Island.