In 2010, Magali Meagher and Alysha Haugen started Girls Rock Camp Toronto after seeing a need for a local chapter. 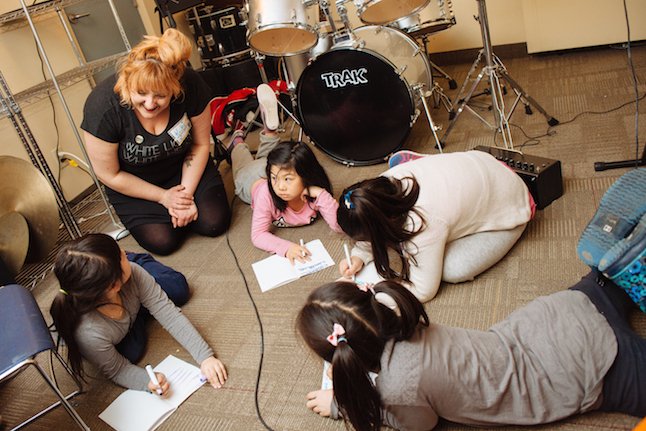 In 2010, Magali Meagher and Alysha Haugen started Girls Rock Camp Toronto after seeing a need for a local chapter of the international music camp, which empowers female-identified youth through songwriting, mentorship and band creation. Over 150 young people have now gone through their program, and a few of their bands are still intact, including HEX, the Overtones and Pins and Needles.

The camp is volunteer-run, with some 60 volunteers having stepped forward over the years.

“One thing that’s been amplified for me [since starting the camp] has been the immense amount of talent, kindness and skill in the women and trans folk who play and love music in Toronto,” says Meagher. “And I’ve learned through the support of volunteers, camper families and campers to keep pushing past my own hang-ups and worries in order to be better at what I do as an organizer.”

Each year, the non-profit grows a little more, now offering March break camps in addition to summer camps, which happen July 5-10 and July 18-23 at the Tranzac (292 Brunswick). We visited GRCT’s inaugural March break camp at the Dixon Hall Music School in Regent Park on Monday, March 14.