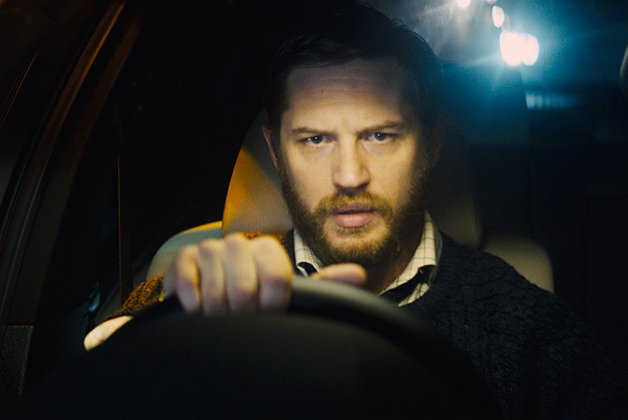 Tom Hardy is stuck behind the wheel of a car talking to a speakerphone. For an hour and a half.

Unfolding more or less in real time, Locke is an intense character study of a construction foreman who puts his personal and professional lives at risk to make an impromptu drive from Birmingham to London.

Using nothing but Tom Hardy stuck behind the wheel of a car talking to a speakerphone, writer/director Steven Knight has made a brooding consideration of the price of having a moral code. It’s amazing what a high-wire act that turns out to be.

You could quibble that the method by which that exposition is delivered is a bit gimmicky, but it doesn’t diminish what Knight and Hardy have achieved.

This is a remarkable cinematic experiment.