Long Winter Galleria was a great idea… on paper 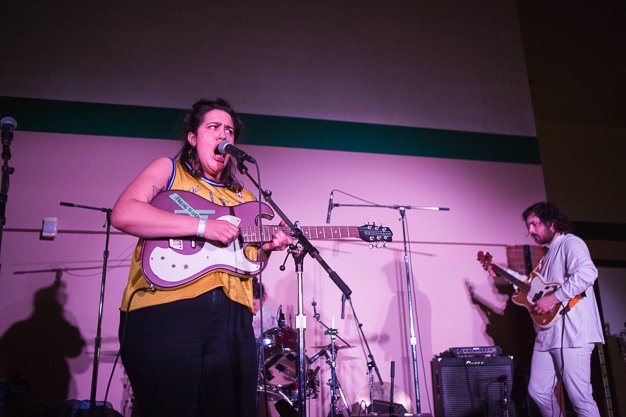 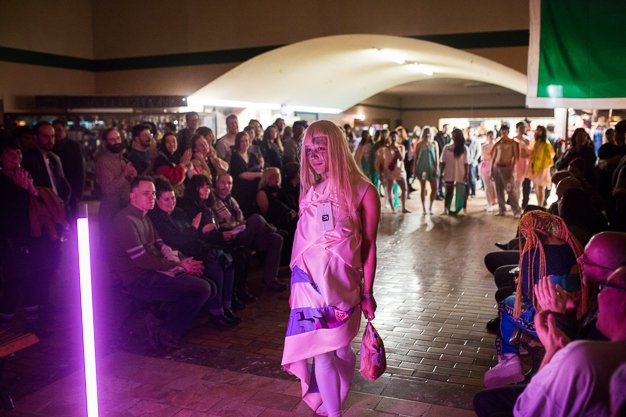 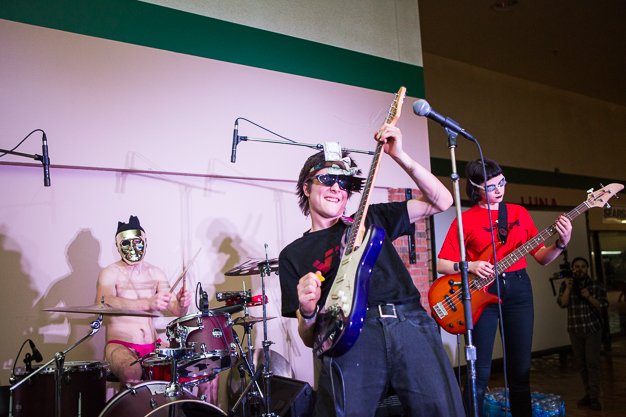 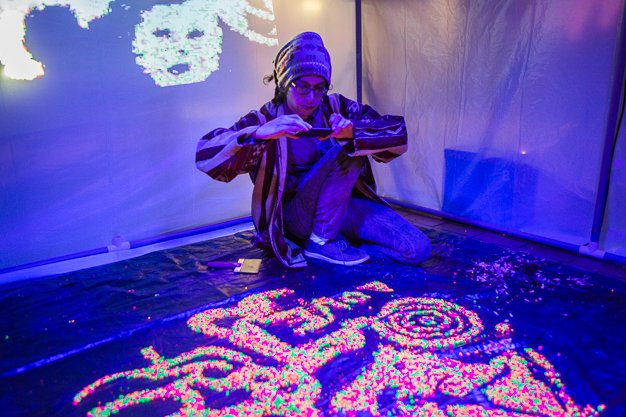 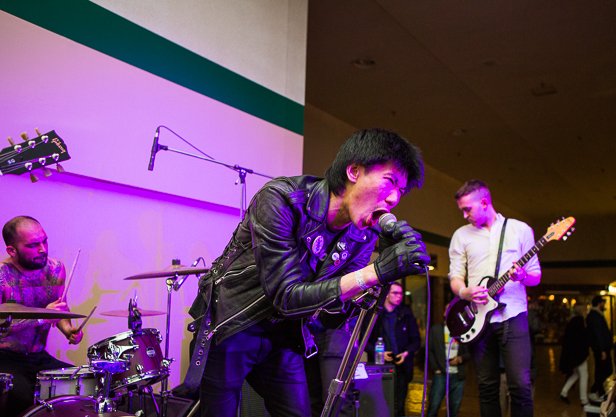 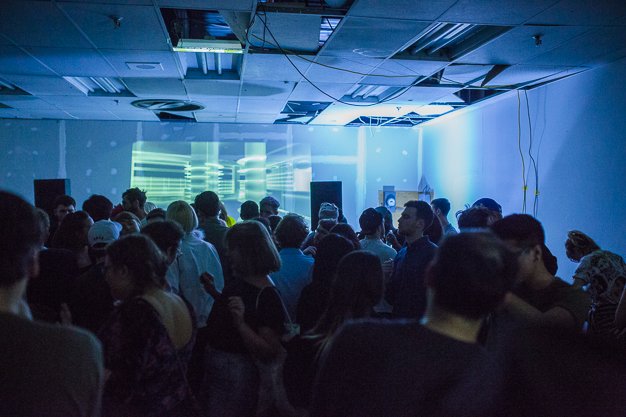 The idea of throwing an all-ages live-music and art event featuring some of Toronto’s most fun, punk-leaning bands in one of Toronto’s most beloved and decrepit shopping malls (and one which is about to go under) was a brilliant, novel idea… on paper.

That was evident by how fast online tickets sold out (at one point, 4,000 people were in the queue) and also by the line that snaked around Galleria Mall of curious culture lovers hoping to snag a ticket at the door, which most people were able to do.

But the reality of Long Winter Galleria left something to be desired. The average shopping mall has horrible acoustics, and when you add noise-loving, high-volume bands like VCR (with pealing saxophone) and S.H.I.T. – as amusing as it was to watch them play next to the shuttered Dollarama storefront – to the mix, you’ve got a lot of people wishing they’d remembered to bring earplugs.

Anyone hoping to swig a beer while taking in the sights and sounds were out of luck. Unlike at Long Winter at the Great Hall, the monthly series’ usual venue, booze was restricted to two licensed rooms on either end of the mall, neither in eyeshot of the stage. Mind you, one of those rooms also housed Shoppers Dance Mart, a rave-type event with glowing art and sets by Hudson Alexander, Burglar, Kare and others.

Long lineups to not only get into the licensed rooms but also to then get beer or wine once you were inside meant it was easy to miss your favourite band’s 30-minute set out in the main mall. Interestingly, those licensed rooms stayed full all night long, whereas the main mall where the bands played and where a number of art installations and a Bunz Trading Zone swap shop held court remained relatively roomy. A lack of coat check meant having to carry around your winter coat all night, though the organizers did warn us of that ahead of time.

The sound technicians did their best to work through the challenging conditions, and things came together sonically when The Highest Order took the stage a little after midnight. Simone Schmidt’s deep, expressive vocals cut through the din, the rhythm section of drummer Simone TB and bassist Kyle Porter took up just the right amount of space, and the dual guitar-plucking by Schmidt and Paul Mortimer was inspired and driving. An attentive crowd grooved along to the psych-tinged country music.

Schmidt mentioned that they’ve got a new album coming soon and indeed they seem to be gearing up for it after a few years of laying low (aside from a superb set at WayHome last July). Catch them February 26 at the Garrison with our new favourite band as part of local label Idee Fixe’s five-year anniversary celebrations.

Despite not quite hitting the mark, Long Winter Galleria served as an important lesson to future event organizers: find a unique venue, and people will come.