Look for the Blair necessities

At his only real debate, the police chief-turned-Liberal candidate gets hammered on his record 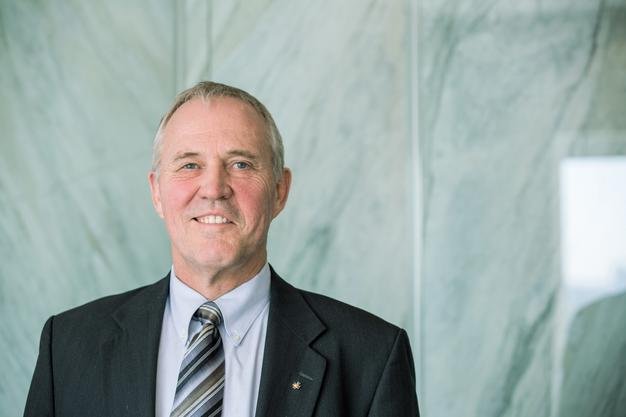 That carding would come up was inevitable.

And so on September 30, going into his first – and only – real debate as a federal Liberal candidate, former Toronto police chief Bill Blair came equipped with a line.

“I think it’s really important,” he said at the Rogers TV forum, when the Greens’ Tommy Taylor challenged him on carding, “that we maintain this focus tonight on the concerns of the people of Scarborough Southwest –”

“– who have talked to me a lot at the door about carding,” Taylor interjected. “And about Bill C-51.”

After some back and forth in which Blair dismissed the concerns as the pet issues of Taylor – a former G20 detainee whose campaign is premised largely on an effort to hold Blair to account for his record – the ex-chief tried a second time.

“I think that it’s really appropriate and necessary to keep the focus in this election on things that are actually relevant to this election,” he said, listing items like transit and health care.

“So the answer for the black community,” Taylor shot back, “would be that carding is not relevant and your civil liberties are not relevant. Mr. Blair, over two million people in recent years have been stopped, the majority of them black residents in this city. There’s no data [to support the practice]! Why do you defend it? Why haven’t you provided the data?”

He’s spoken to parents in the riding, he said, “who walk their kids to the bus stop, for fear of being harassed by police.”

Blair’s handlers had evidently hoped he could steer the discussion away from the less pleasant aspects of his tenure as chief, but they clearly hadn’t counted on his opponents hammering him again and again.

Staring straight at the moderator, his face frozen halfway between grimacing smugness and stiff-upper-lip stoicism, Blair looked quite uncomfortable. He was a man unaccustomed to being held to account by people who, in theory, were his equals. After 10 years as chief of Toronto’s police, he probably isn’t used to having equals at all.

And yet there he was in the York Mills studio, sandwiched at a table between two men 25 years his junior who had certainly never run police forces themselves. Yet he had to answer to them, to justify his past conduct and his party’s positions, without even a Conservative present to act as a lightning rod. (CPC candidate Roshan Nallaratnam skipped the debate.)

It must have driven him nuts.

As chief, Blair was officially accountable to the Toronto Police Services Board, in much the same way a CEO reports to a corporate board of directors. But it didn’t work out like that in practice.

Former chair Alok Mukherjee accused Blair of “intransigence and obduracy.” Former vice-chair Michael Thompson called him “insubordinate.” But beyond exercising the power to fire him, the board found itself without mechanisms to assert dominance over a chief who felt no obligation to comply with its directions. He acted as though he were above them and became exactly that.

A delightful thing about Rogers TV debates, however, is that, like lineups at the LCBO, they serve as great social equalizers. Every candidate is invited, each is afforded a roughly equal opportunity to speak, and the lack of an audience leaves them floating in a beautiful vacuum, unable to lean on cheering partisans for support. In the quiet of the studio and the absence of a crowd they reveal themselves for something close to who they are.

At the end of the taping, Blair took off immediately and without a word to the others.

Harris helped Taylor unclip his microphone and told the station’s young camera operators that if they were Rogers employees making less than $15 an hour, they’d benefit from the NDP’s plan to raise the federal minimum wage. (Rogers actually relies on high school co-op students and resumé-building volunteers to staff its studio.)

Taylor, seeing the crew was all people of colour, couldn’t resist a final one-liner as he left.

“It also looks like most people in this building might get carded by Bill Blair on their way out,” he said, “so have your lawyers on speed dial.”