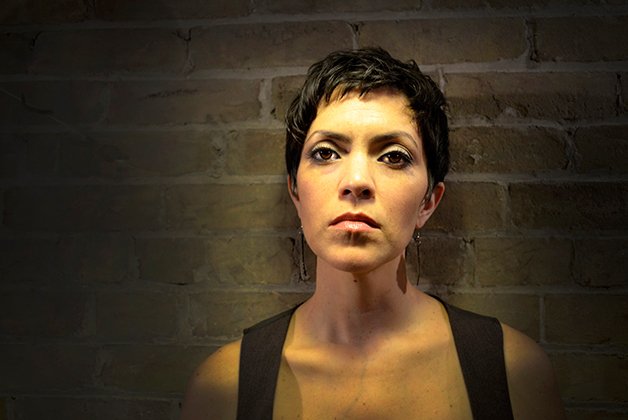 The focus on indigenous peoples that marks this year’s Panamerican Routes Festival draws parallels among the ways native women are treated throughout the Americas.

Native Earth’s contribution, Tara Beagan’s In Spirit, looks at the disappearance of Molly, a 12-year-old on her way to show a friend her new bike. Moving and full of insights about a maturing young woman, the play has grown since it first appeared as Quilchena in SummerWorks 2007.

“A play needs more than one production to become what it wants to be,” says Beagan from Vancouver, where the show runs before coming to Toronto.

“I think it was in the 70s that we began to create TV kids, youngsters whose reference points were television as much as the world around them. In Spirit now shows Molly’s relationship to TV, which has led to a new video design. There’s a visual difference, a distinct and separate quality of video, between when her memories come from TV and when she recalls something that happened to her.”

It’s clear from the start that Molly speaks to us from the limbo of death as she looks for friends and family in the audience.

“One of the hundreds of native women who have disappeared on BC’s Highway of Tears, she’s angry about the society that failed her. I think uncovering that anger is healthy and makes an implicit demand on those who are still alive to find out what happened to the disappeared women. It’s crucial to the storytelling that viewers actively hear her and realize that while we’re not blamed, we do have some level of responsibility.”

Andy Moro’s design has been an intrinsic part of the production from the start. The two native artists recently formed a new company, Article 11.

“I found that I was writing stage directions for him, and in early workshops we improvised like jazz musicians,” Beagan recalls. “He sees me as a director with a strong sense of design, but I know he can implement ideas that exist only in my head. I give him a seedling and he can grow a forest from it.”

Beagan feels the appropriateness of In Spirit’s inclusion in Panamerican Routes. “The desaparecidos in Latin America were the first group of missing people I’d heard of. They’ve been in my consciousness ever since, and having the chance to tell this Canadian story to Central and South American people at the festival is special to me.”