Lots of heart and SoulO 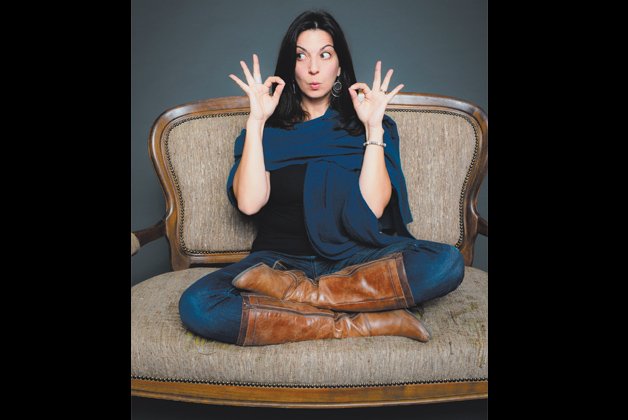 Tracey Erin Smith has taught people from 18 to 92.

Tracey Erin Smith has taught people from 18 to 92.

One is not the loneliest number, according to Tracey Erin Smith. At least not in terms of theatre.

The writer/actor/teacher, who runs SoulOTheatre, has been an impassioned advocate of one-person shows since her nana took her to see Lily Tomlin’s The Search For Signs Of Intelligent Life In The Universe in the 80s.

After writing and performing a number of hit solo works (The Burning Bush!, Two In The Bush! and snug harbor), Smith’s organized the first SoulOTheatre Festival to showcase the work of others.

With the goal of involving anyone, not just actors, in the expressive art form, she’s scheduled panels and workshops as well as performances.

“My graduation exercise from Vancouver’s Studio 58 was to do my own solo show, and the first production I was cast in after school was a one-woman piece that dealt with HIV,” she recalls. “Since then, I’ve written all my own material. Having tasted the feeling of being alone onstage, holding that space and talking about something important and real, I knew what I wanted to do as an artist.”

Smith returned home to Toronto and debated whether to become a rabbi or stay in theatre. She combined the two in 2009 in The Burning Bush!, in which a rabbinical student becomes a stripper who talks about the religious experience. Since then she’s taught the craft of solo performance and encouraged others to follow her lead into the spotlight.

The articulate, high-energy Smith has invited a group of heavyweight performers to show their stuff at the festival, among them Chris Gibbs (Antoine Feval), Precious Chong (debuting Precious, Like The Adjective, about her multiracial family) and Alex Dallas (Goddess). Also on the roster are Daniel Stolfi (Cancer Can’t Dance Like This), Diane L. Johnstone (Desperate Church Wives), Sarah Murphy-Dyson (Naked Ballerina) and American actor Charlie Bethel (performing either Beowulf or Gilgamesh, based on audience choice).

What’s important for Smith about all the festival shows as well as her own is that they avoid being therapy sessions for the artist, a charge sometimes levelled at solo material.

“I’ve taught people from 18 to 92, and I tell my students in the first class that what they create may well be therapeutic, but it’s not therapy. I want them to allow for personal emotion in their writing, but using that emotion has to be about whether and how it serves the piece.

“The result can be empowering and transformational,” she says. “I think of it as coming out of the closet as a human being, sharing what might have been previously hidden, even from the creator.”

“This kind of work can change the world,” she says. “It’s hard to hate the performer when you witness another person’s story and see their vulnerability and, frequently, their humour.”

She’s equally enthusiastic about the festival’s workshops and panels, which will involve artists such as Rick Miller, Haley McGee and Adam Lazarus.

“Solo performance is an art form that belongs to anyone who wants to do it, non-actors as well as professionals. It’s proactive and self-expressive, doesn’t require auditioning and you can literally think outside of a traditional venue’s black box.

“I see it,” she smiles, “as no-excuse theatre. Every story that someone tells is a microcosm of the human journey, and I feel that we always learn from watching someone else’s tale.”