First English film by Joachim Trier is half a great movie 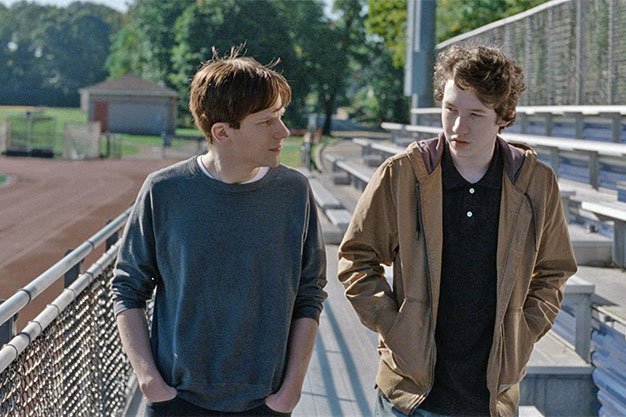 Louder Than Bombs is a muted drama about the family of a dead photojournalist (Isabelle Huppert) struggling with their issues as they prepare a retrospective of her work.

The first English-language film from director Joachim Trier (Reprise Oslo, August 31) has a very European feel to it, skipping back and forth in time to follow various lost souls through their damaged lives.

Huppert is flinty and unreadable as the doomed shooter, and Gabriel Byrne is very good as her unmoored husband, but Jesse Eisenberg can’t quite sell the underwritten role of their older son, and Devin Druid mopes ineffectually as his kid brother. (Also, Druid’s subplot skews uncomfortably close to one from American Beauty.)

It’s maybe a little too diffuse to have the emotional impact Trier is after, but there’s half of a great movie in here.