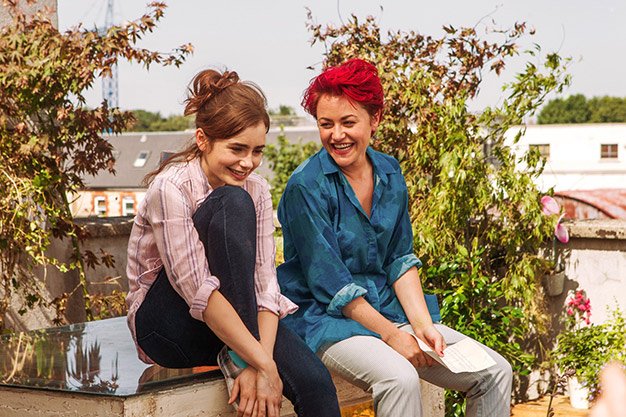 Lily Collins (left) and Jaime Winstone have more fun than you will.

Lily Collins (left) and Jaime Winstone have more fun than you will.

We all know from Harry, Sally and that adorable couple in last year’s The F Word that it’s impossible for attractive straight people to be best friends. Alas, Love, Rosie attempts to prove this point yet again, but with none of the charm of its predecessors.

Brits Rosie (Lily Collins) and Alex (Sam Claflin) have been besties since the age of five. But a drunken teenage kiss – and the inevitable misunderstood reactions – sends them reeling apart, resulting in years of pining, bad relationship choices and reams of passive-aggressive text messages.

Alex goes off to Harvard Medical School, where he appears to do nothing but date Katherine Heigl clone Tamsin Egerton, while Rosie, pregnant by a disastrous (but hot) prom date, decides to raise the child and put her dreams of becoming a hotelier on hold.

Even by the low standards of the genre, the film is a mess, full of eye-rolling coincidences, secondary characters from a Richard Curtis film and so many trans-Atlantic trips it appears that London is a 30-minute commute from Boston (which is played by Toronto anyway).

The two leads have absolutely no chemistry. Claflin (The Hunger Games) has Hugh Grant’s chiselled jaw but none of his comic flair, while Collins comes across as yet another doe-eyed English rose.

But it’s not like director Christian Ditter or writer Juliett Towhidi (adapting a Cecelia Ahern novel) give them anything original to do or say.