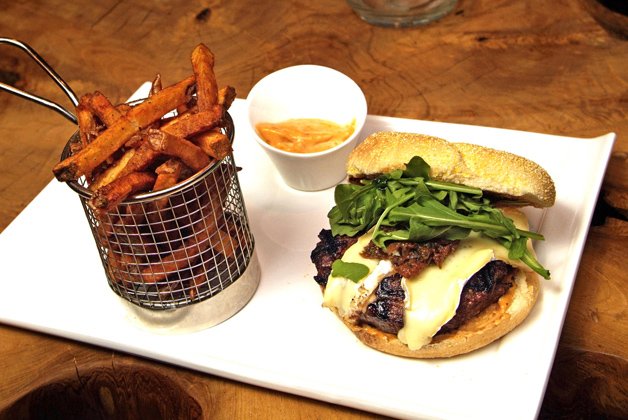 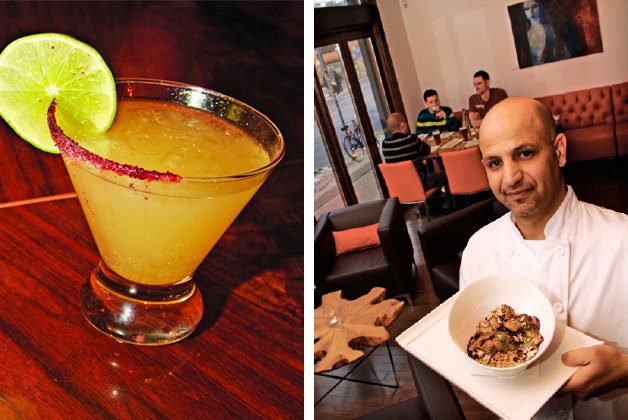 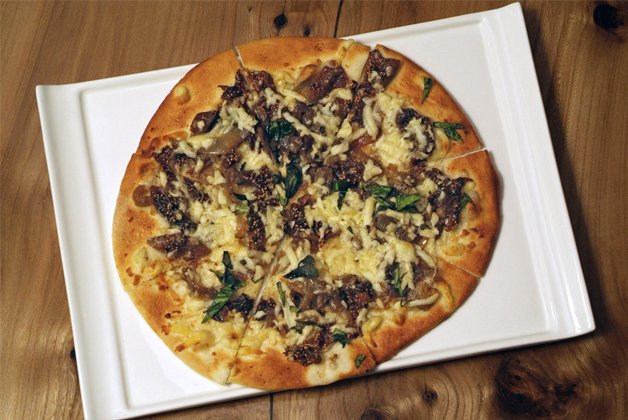 If three of the top 10 bestsellers at the Cookbook Store last year are any indication, Middle Eastern food is the local resto scene’s next big thing.

You don’t have to tell that to Isam Kaisi, who’s been proving to Toronto that there’s more to Middle Eastern cuisine than falafel at 93 Harbord since 2003. He’s now bought the ginormous Cervejaria sports bar in World Cup-obsessed Little Portugal and transformed it into a sophisticated 140-seat lounge-like space worthy of the hip Ossington strip. He calls it District Oven.

There are shiny red-tufted banquettes lit by ornate chandeliers, and coffee tables fashioned from logs. To the District’s rear, the large gas-burning Wood Stone oven that gives the restaurant its name takes centre stage.

To begin, chef Kaisi automatically sends out complimentary puffed-up pitas still warm from the oven and the size of soccer balls, paired with buttery olive oil spiked with za’atar and sweet pomegranate molasses. The same cracker-thin flatbread becomes a tasty Lebanese pizza when topped with fresh figs, halloumi cheese and a strategic scattering of mint leaves ($14).

Of course, he does falafel, only his are exclusively chickpea and arrive sided with a Village-like salad of chopped tomato, green onion and parsley in creamy tahini dressing ($7). Only his tongue-in-cheek starter of braised beef cheeks and beef tongue and attendant raw green harissa studded with caramelized apple and charred ginger ($12) disappoints, and that’s because there are only two bite-sized slices of each. We would happily eat twice as much.

The Oven’s outrageously juicy kefta burgers, made with both house-ground beef and lamb, their garnish of arugula, fig jam and molten Brie accompanied by a mini-basket of crisp Yukon Gold frites dusted with paprika and oregano ($15). Halves of pan-seared Cornish hen get coupled with gently roasted Jerusalem artichokes and a lip-puckering green chili sauce ($19), while duck legs à la tagine ($23) get smothered with apples ‘n’ apricots.

But if you order only one main, go with the cauliflower steak ($17). Strictly vegetarian, it finds meaty baked cauli’ flowerets sauced with sumac-scented chili oil and plated over a rich risotto of Israeli couscous strewn with mushrooms, sultanas and Parmesan, a handful of toasted almonds to finish. Follow it with pears poached in potent arak liqueur in a sour-cherry reduction drizzled with clotted cream ($10) and you’ll be dancing in the street.

Speaking of which, will District Oven be celebrating the World Cup this June?

“I don’t think so,” says Kaisi. “I just spent three years fixing this place. It’s a miracle we’re even open now. I wouldn’t want to see it get trashed.”