The Ghosts Of Highway 20 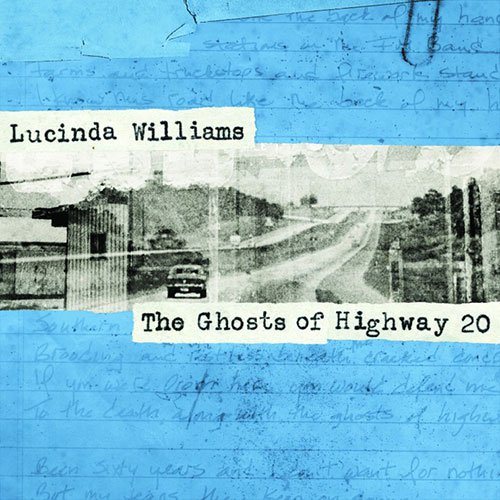 Somewhere around 2014’s Down Where The Spirit Meets The Bone, Lucinda Williams and her fantastic backing band hit a deep, dusty groove, and The Ghosts Of Highway 20 settles into it further. Williams gives her songs more room to breathe than ever before, opening up vast, cinematic visions of the highway and land that inspired them. The title track nails it best, conjuring spectres and a hallucinatory, southern Gothic soundscape, bone-chilling at its peak.

Not every song reaches those heights, and the few that don’t range from snarling blues (Bitter Memory) to existential, slow-burn rock ’n’ roll badassery (Doors Of Heaven). Death, despair, faith and unrequited love feature prominently, and Williams’s slurred drawl perfectly channels the pain, even on two covers: Woody Guthrie’s House Of Earth and Springsteen’s Factory, which challenges the original with a mournful howl.

By the close of the monumental Faith And Grace, Williams is convincingly demanding of herself to “get right with God” but less convincing about the possibility of it. That makes the song’s last moments all the more heart-wrenching.

Top track: The Ghosts of Highway 20