After a shaky start, the Louisiana singer/songwriter delivered a beautiful, haunting and politically potent performance 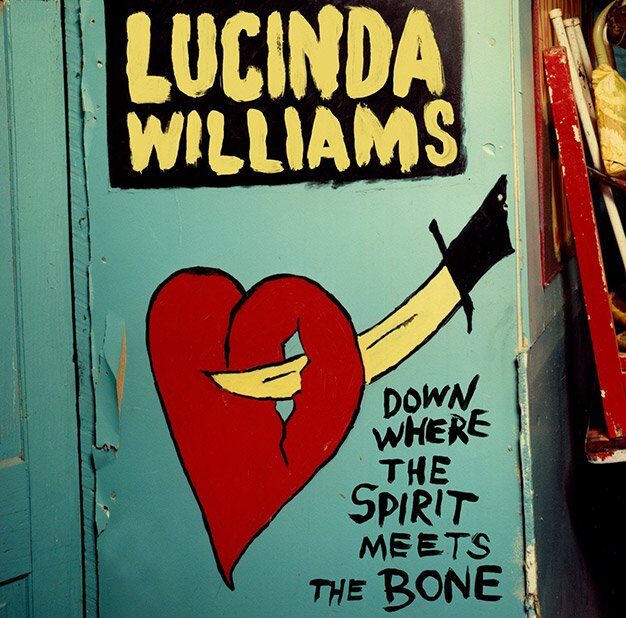 Louisiana native Lucinda Williams turned 63 earlier this year, and she’s still bringing as much energy as ever to her rollicking, hard-edged blues-rock and poignant country tunes.

The first of a two-night stand at the Opera House kicked off with the slinky Something Wicked This Way Comes, off 2014’s Down Where The Spirit Meets The Bone, but quickly shifted into old-standby mode as Williams turned to songs from her 1998 Grammy-winning album Car Wheels On A Gravel Road (I Lost It, Metal Firecracker) and 2003’s World Without Tears (Those Three Days, People Talkin’).

She seemed to struggle for the right notes and she looked a bit uncomfortable, even grabbing a couple tissues from a box near her drummer. Williams and her band kept going at full throttle, but as she barely mumbled a “thank you” throughout the first third of the show it was difficult not to wonder if time was catching up with her.

That thought was soon taken out behind the shed and put to death. As her band left the stage, Williams introduced this year’s Ghosts Of Highway 20 album and ruminated on the road it’s named after: a stretch that starts in Texas, runs through a swath of Dixie and ends in South Carolina, winding its way through many of her childhood memories.

The song inspired her most haunting performance of the night. Alone with her Gibson J-45 acoustic guitar, she picked through the title track’s stormy minor key arrangement and rhymed “breath” and “death” with such icy desperation it seemed like the words might be her last.

Suddenly, it felt like a brand new show. She followed up with the classic Drunken Angel and then Bitter Memory, recently featured on the TV series Nashville. “It’s completely different,” she said of the version actor Connie Britton sings on the show. “You can barely tell it’s the same song.”

She briefly stepped away during the deep southern heat of Are You Down to let guitarist Stuart Mathis and bassist David Sutton hammer out a blazing crescendo that took the song’s pseudo-reggae rhythm into dizzying speeds. This was one of Mathis’s best moments, but over the night he proved his otherworldly guitar chops again and again, switching between delicate noodling and buzzsaw shredding with ease.

Williams introduced the breathtaking Dust as the second poem by her father, Miller Williams, that she has set to music. During a break in the smoky Righteously, she took a moment to move around stage, implored to the crowd to “take a walk on the wild side,” and then ended the main set with a searing, sexy rendition of rock n’ roll jam Honey Bee.

Williams and her band sounded best when they gave the songs space to breathe, similar to the loose arrangements of her two recent two albums – wide-open plains that allow the listener to dig into a deep groove. While some moments approached jam territory, Williams had too great a sense of dynamic to let a song run wild or meander. Instead, those wide-open numbers managed to sound both sharp and sprawling.

Her cover tunes held rigidly to their original versions and didn’t always have the impact as her own material. However, they took her encores in a political direction. She did a moving rendition of Sam Cooke’s A Change Is Gonna Come that felt especially topical given this week’s Black Lives Matter protest in Toronto. A cover of the Allman Brothers’ It’s Not My Cross To Bear followed and then she introduced her own crowd-pleaser Joy, as a song about unrequited love that now feels like a protest anthem.

“Man, y’all must look at the news coverage and just think, ‘What are those people gonna do in the United States of America?’” she said of the current political climate. “It’s sheer madness. We are surrounded by complete madness.”

With that, the band tore into Joy, and Williams belted her most furious notes of the night as her “Get Right With God” belt buckle glinted in the spotlights. They left and came back for two more – the Velvet Underground’s Pale Blue Eyes and Neil Young’s Rockin’ In The Free World.

The crowd sang along energetically, and although the world probably doesn’t need another cover of Rockin’ In The Free World, Williams played it with honest-to-God good intentions. And that counts for something. “Remember what Patti Smith says,” she told the crowd as she waved goodbye. “The people have the power.”