Fest kicks off with air-tight lineup of pop-loving acts 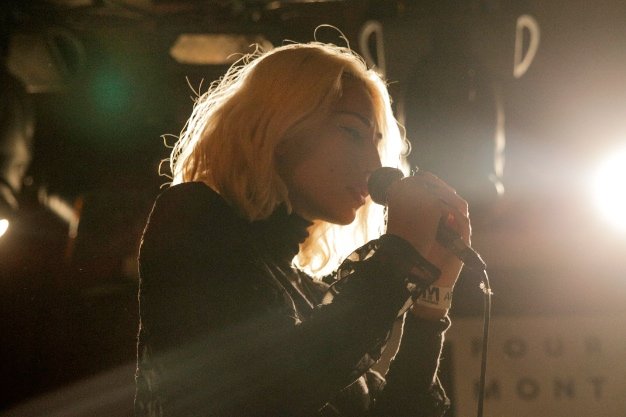 M for Montreal represents all the things we Torontonians love about Quebec’s cultural capital. It nurtures its own artists, it’s incredibly hip without seeming to try, it’s really inexpensive (individual shows go for about $13).

The not-for-profit festival feels indie and intimate, and that’s because the point isn’t to sell as many wristbands as possible or fill up large venues. M’s mission is to launch the careers of Canadian artists – most of them from Quebec, though Toronto’s got a strong contingent here, too – outside of the country, hence why the fest reels in international media from as far away as Berlin and Paris.

Genre-wise, it’s DIY- and pop-heavy. A New York journalist joked last night that as a hater of synths, he was definitely in the wrong place. A sample listing of genres on one spread of the festival’s program? “Experimental, Pop,” “Crackle Pop,” “Electronic, Pop,” and “Pop, Ambient.” But everyone will find something: there’s also metal, “Hindie Rock, Psychedelic,” hip-hop and rock ‘n’ roll, too.

On the kick-off night, attendees bounced back and forth between Mile End’s across-the-street venues Casa Del Popolo and La Sala Rossa, as acts played half-hour slots one after the other on alternating sides.

Electro-pop singer Tei Shi hypnotized us with her breathy, effects-enhanced vocal theatrics, both on her own material and a cover of Beyoncé’s No Angel. Synth-pop outfit Operators lived up to the hype they created last may at Canadian Music Week in Toronto, with totally engrossed frontman Dan Boeckner making the night’s biggest case for a dance party. In a pyjama top, Sean Nicholas Savage looked the part of his bedroom ballads, which were mostly pleasant and hummable, though some walked the line of sounding like late-night karaoke. BADBADNOTGOOD were Wednesday’s most impressive instrumentalists, making the songs from their latest jazz-hip-hop-fusion album, III, come alive in a way that simply doesn’t translate on record. Just watching them work is a joy, and Alexander Sowinski is a beast on drums. Lydia Ainsworth’s electronic pop songs were alive with powerful vocals, plenty of melody and a dark, moody quality that make it all the more interesting. Overall, a carefully selected, air-tight lineup to start the long weekend.