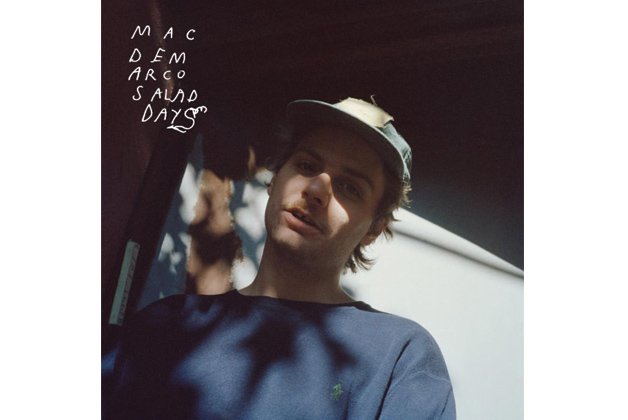 With each new release, Mac DeMarco’s goofy shtick drops away a little more in favour of stronger songs, more impressive musicianship and higher fidelity. Written after a year and a half of non-stop touring, Salad Days is full of DeMarco’s warped-and-surfy guitar lines running parallel to his casually delivered vocals. Each tune is a memorable soft rock conglomeration of, roughly, Jonathan Richman, Pavement, Harry Nilsson and the Kinks. (The title track is basically Picture Book.)

And while the tone keeps the wistful summer vibes of his earlier work intact, the Brooklyn-based Canadian also gets reflective on this dud-free second full-length. The album opens with the line “As I’m getting older / Chip upon my shoulder / Rolling through life to roll over and die.” Goodbye Weekend mounts a defence of his lifestyle to a disapproving other. On Treat Her Better, DeMarco admonishes a friend for behaving badly toward his lover.

Of course even DeMarco’s most dispirited lyrics still come across as gently wafting, innocuous observations once you’ve been lulled by the music.