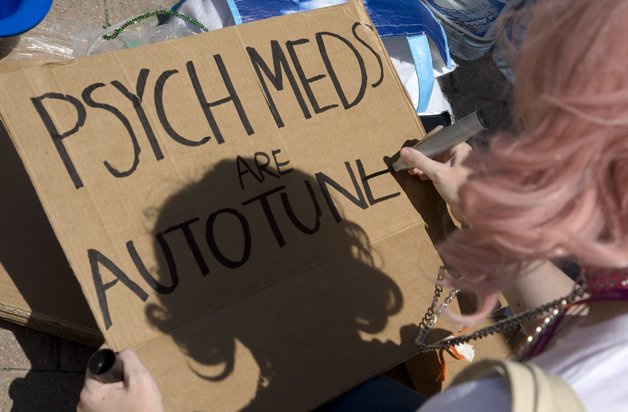 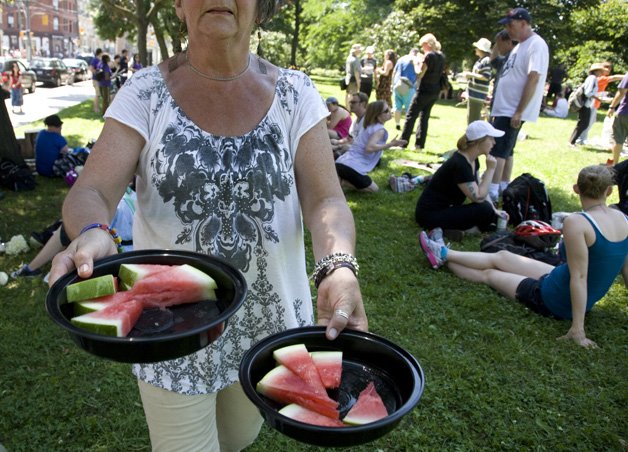 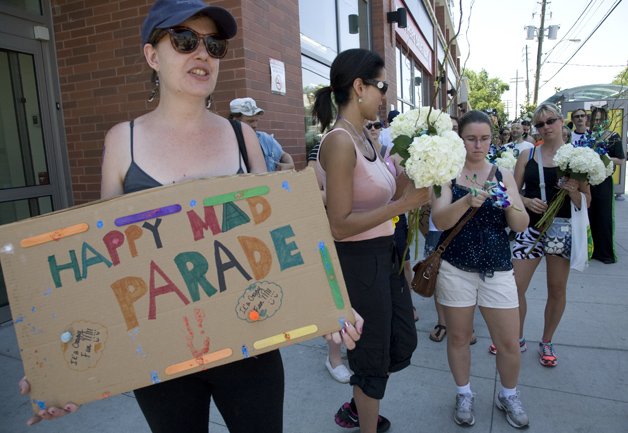 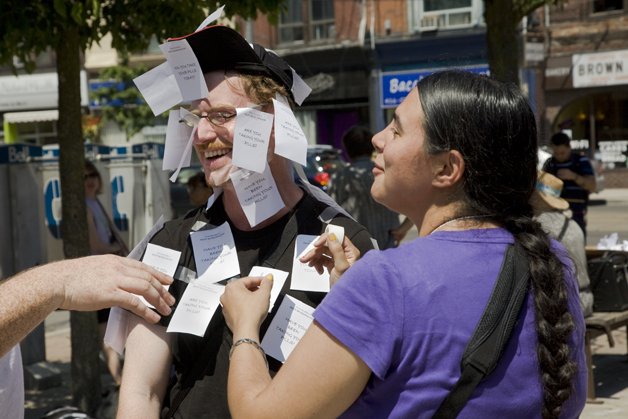 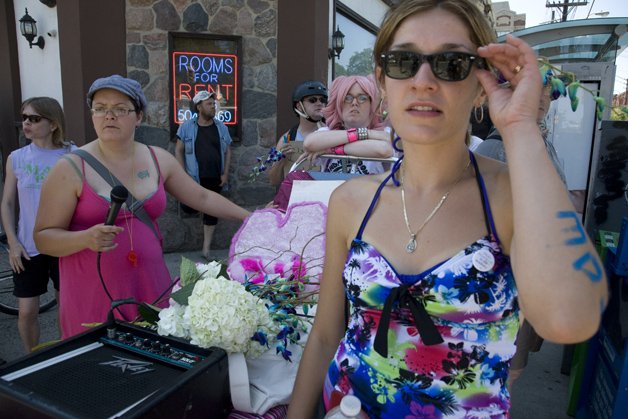 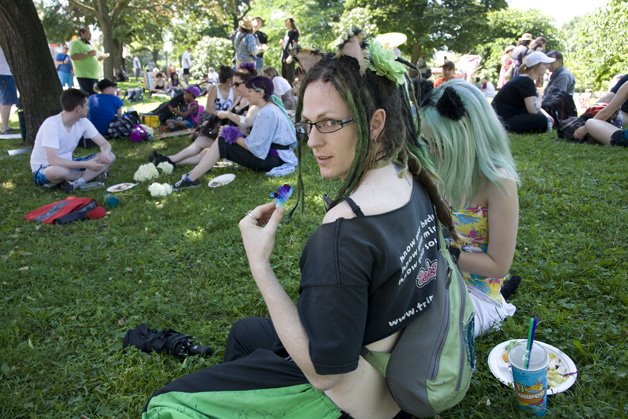 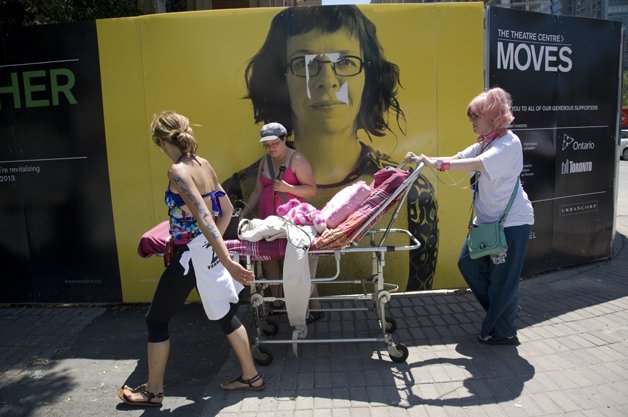 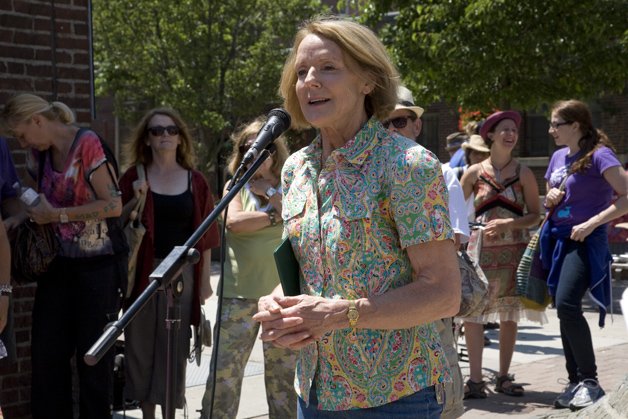 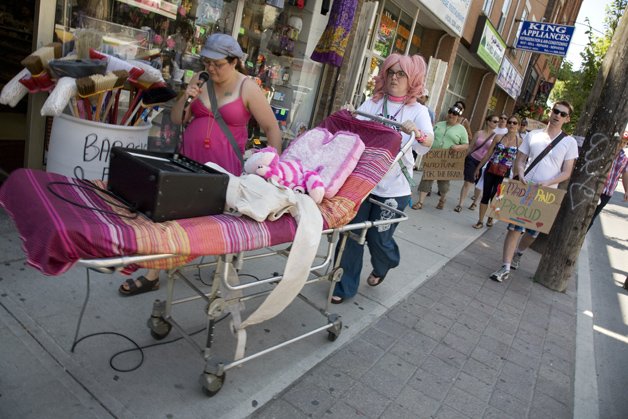 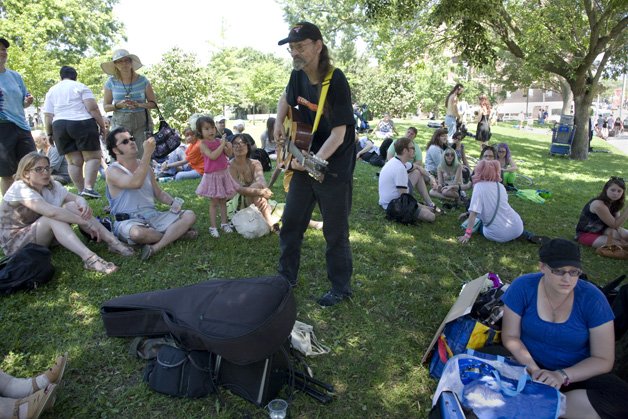 Yesterday, the Mad Pride “Bed Push” Parade moved down Queen West. Starting at the Parkdale Library and moving east toward Trinity Bellwoods Park. The hospital bed at the head of the parade symbolizes to the history of institutionalization of so-called “mad” people. The parade marks the 20th anniversary of Mad Pride week in Toronto, during which lectures and workshops aim to challenge stereotypes about mental illness and end discrimination against psychiatric survivors.