A mother's music career restarted with help from her son 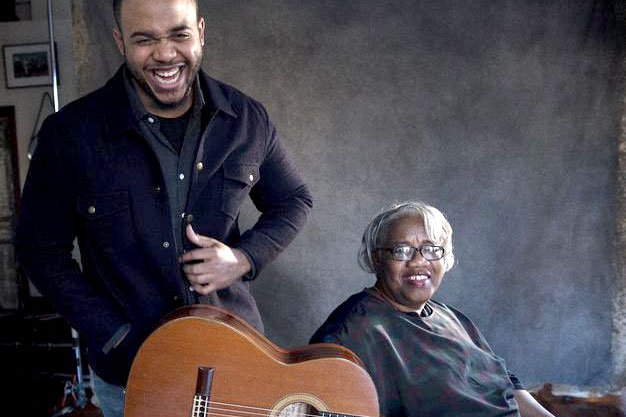 A lot of factors make Madisen Ward and the Mama Bear‘s acoustic duo sound stand out, but most people first notice the novelty of a mother and son performing together. It definitely wasn’t a calculated decision, though, and Madisen was initially surprised to realize that playing acoustic music with his mother, Ruth Ward, was seen as such a rare configuration.

“I don’t actually know of any other mother/son duos,” he admits from a tour stop in Seattle. “Once we actually got going, I realized how unique that was because people kept commenting on it. I thought it was really weird, because I figured there must have been mothers and sons playing music together. I know there are women who are incredible musicians, and some who have children who do the same thing, and there’s no way they haven’t played music together at some point.”

Ruth started her musical career before becoming a parent but mostly put it on hold to raise a family. When Madisen began joining her onstage at gigs around Kansas City, there was an immediate natural chemistry. Their music works in part because of the generation gap, which puts it outside of both contemporary trends and retro formulas. There are elements of folk, blues, country, soul and pop, but it’s hard to slot it into any particular genre or era.

“That comes from a very organic place. I always want to make the songs feel timeless, in terms of not being able to pinpoint when or where they might have been written. I think the modern side of the songs might come subconsciously just from me being part of this generation.”

The success of their debut album, Skeleton Crew (Glassnote), has quickly pushed them beyond the local coffee house circuit, and they’ve augmented their acoustic duo with a live band to help fill the increasingly large rooms they’re now playing. Madisen is still getting used to hitting a new city and finding packed rooms of fans.

“It’s pretty incredible. It still feels unreal. Like, how did all of you even hear about us? We’ve already surpassed all our expectations of what this ever could be.”