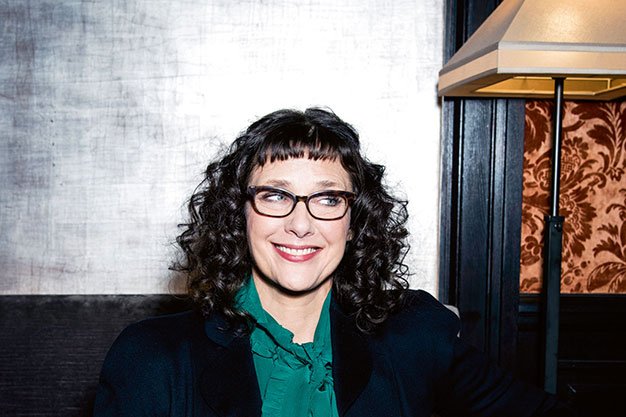 It’s an entertainment truism that the success of a project – or even getting it off the ground – depends on who you know, but in the case of writer/director Rebecca Miller, more than the usual number of major decisions came about thanks to a little help from her friends. Here’s how proximity to the right people helped make Maggie’s Plan such a charmer.

1. Start with the script

The story came from an unpublished novel by Karen Renaldi, Miller’s close friend. “I wanted to work on something on the lighter side in tone, and she sent me just the Maggie strands of the novel. Their emotional geometry was so good. Very often with novels, you have to cut away stuff. I didn’t read the novel so I don’t even know what I was missing, so instead of taking away I added.”

2. She knew someone who knew Greta Gerwig

Miller knew that Gerwig was an unusual, special actor. “I just thought, ‘She’s gotta play this part.’ She has this wonderful, rare combination of elements: her humour, her intelligence, her wit, her goofiness. Maggie’s a tricky role. She’s some-what manipulative and has a real innocence about her, and she’s ethically motivated to do the right thing even if she’s doing the wrong thing by normal standards.”

Miller had cast her in her previous movie, The Private Lives Of Pippa Lee, and had her eye on Moore for the role of the (sort of) wronged wife. “She’s a good friend of mine, and I said to her, ‘Should I send this to your agent or should I just throw it in your mailbox?’ She said, ‘Just throw it my mailbox.’ She read it. Great actors want parts that are going to challenge them. Georgette is the kind of character you wouldn’t want to put in the hands of anybody but a genius.”

4. Kathleen Hanna appears as a member of a Quebecois cover band – but not out of nowhere

The groundbreaking feminist icon makes a cameo appearance in a band playing at the hotel where academics are snowbound. “Kathleen is the sister-in-law of Rachael Horowitz, one of my producers. That band worked out a whole backstory for themselves: they worked in the hotel, and the manager was desperate for a band to entertain these academics.”

5. If New York City were a person, it would be Miller’s BFF

Miller wrote the screenplay just after she moved back to her hometown, New York City, after living with her family in rural Ireland. “I was happy to return to the hustle and bustle of the city. I was born here and I have a strong feeling of this place -being home. I was particularly in love with it when we first came back, which is when I wrote the screenplay.”

Check out our review of Maggie’s Plan.