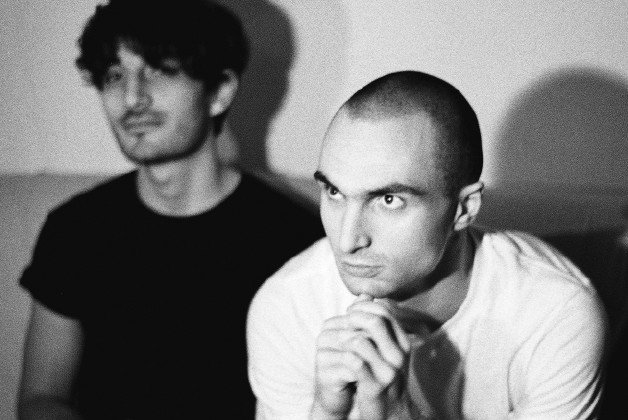 Majical Cloudz and She-Devils are both moody electronic pop duos from Montreal, but they take very different approaches to that concept. She-Devils did get some help mixing their EP from Majical Cloudz’ Matthew Otto though, and made for an appropriate opening act. Vocalist Audrey Ann had a bit of a Nancy Sinatra thing going on, which blended well with Kyle Jukka’s dubbed-out 50s rock’n’roll samples. It was on the edge of kitsch, but they were just serious enough to pull it off.

Majical Cloudz came across as much more sincere and earnest in comparison, although there was still a certain theatricality in singer Devon Walsh’s performance. Between songs, Walsh came across as goofy and shy, but that impression dissolved as soon as he unleashed his powerful singing voice over Otto’s minimalist electronic backing tracks. Their emotional synth ballads effectively commanded the audience’s attention despite the lack of variety in their set. Walsh had a way of making a packed rock club feel like a more intimate and communal experience, although he’ll likely be an even more effective performer once they graduate to soft-seat theatres.