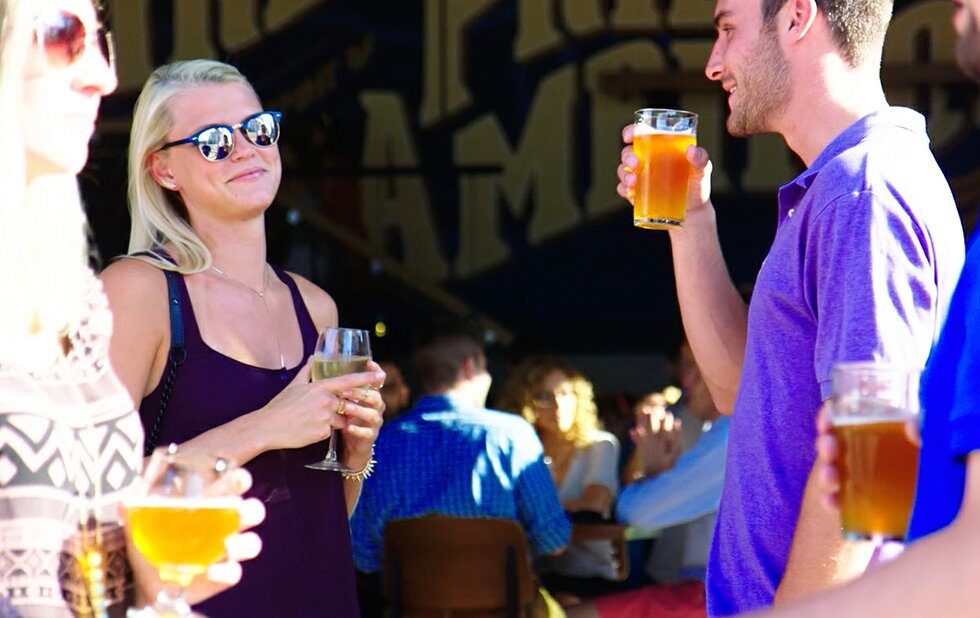 There’s an exciting craft beer scene less than two hours from Toronto that’s a perfect weekend getaway. Buffalo has reinvented itself at every turn, restoring its historic architecture, reinvigorating its neighborhoods and redeveloping its formerly industrial waterfront with a host of new attractions, hotels and restaurants. The city’s craft beer scene is at the heart of this resurgence, as entrepreneurial brewers have breathed new life into the city’s urban fabric, converting a former grain silo, boat engine factory and other historic buildings into unique beer halls and taprooms.

Buffalo and Western New York are home to over 30 breweries and brewpubs, and no time is better to experience it than in September, when Buffalo Craft Beer Week takes over the city for 10 days. From September 13 to 23, attendees can check out over 100 events, including the 2018 Ballpark Brew Bash on September 21, featuring over 50 craft breweries from across the U.S. and around the world. After Buffalo Craft Beer Week, drive down for a day trip for National Drink A Beer Day on September 28.

Buffalo’s craft beer scene is about bringing people together and enriching the city as a whole. Community Beer Works, Buffalo’s first nano-brewery, recently opened in the west end of the city. Their motto “Embeer Buffalo” is a battle cry to use beer as a medium for cultivating community. Giving back is important to this company and they donate their spent grain to T Meadow Farm, ensuring it’s disposed of in an environmentally friendly manner.

As someone with family working in architecture, Ethan Cox, the president of Community Beer Works, says architecture is a focus for the brewery.

“We are big proponents of adaptive reuse and trying to maintain the architectural legacy of Buffalo which is substantial,” he says. This spirit has carried through to the creation of both their old and new locations as they’ve revitalized older buildings and their local hangouts have become vibrant community hubs.

Big Ditch Brewing Company is named after a nickname for the innovative Erie Canal that opened in 1825 and changed Buffalo forever. The canal connects the Great Lakes with the Atlantic Ocean via the Hudson River, allowing for trade between the region and other areas of the U.S. and beyond.

As the canal was built, many were skeptical it would ever truly come to fruition and named it Clinton’s Big Ditch after the governor who supported it. The canal brought significant prosperity to Buffalo, the small city on the big lakes. This brewery’s name carries this spirit into the modern world for Buffalo’s continued success and wealth.

Matt Kahn of Big Ditch Brewing Company is one of two scientists and beer lovers who decided to turn their enthusiasm into a new business venture. He says there will be an exciting collaboration between 20 Western New York breweries for this year’s first Buffalo Beer Week beer. The beer, called Class Is In Session, is a tropical and citrusy IPA.

“It just really shows the spirit of collaboration. We have a really nice, tight beer community here. We all get along really well,” Kahn says.

From revitalizing the cityscape to building community fixtures, Buffalo’s craft brewers are bringing together people from the city and beyond to drink great beer and make meaningful connections. You can find Community Brew Works and Big Ditch Brewing Company at the Ballpark Brew Bash and hosting events at Buffalo Beer Week.