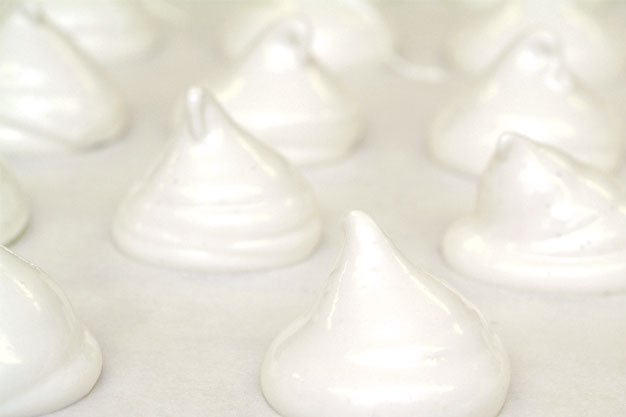 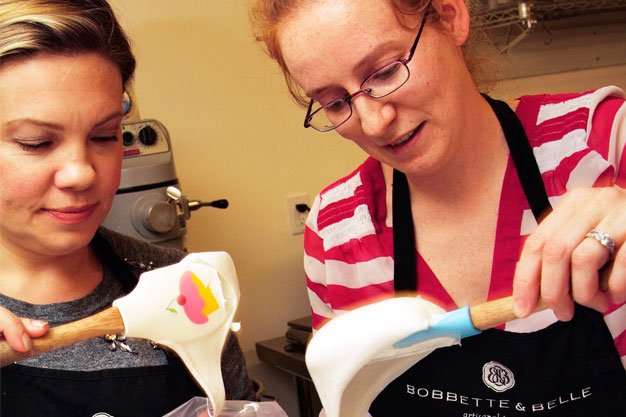 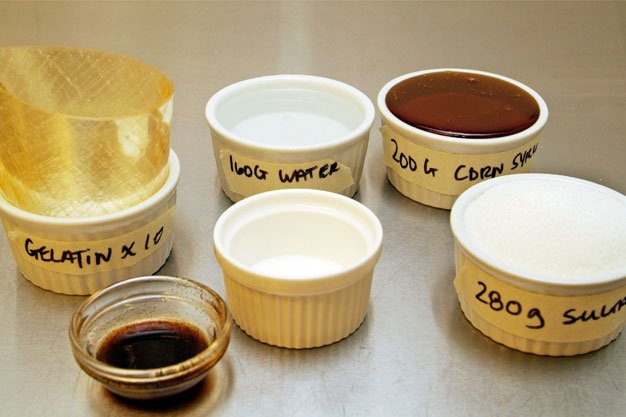 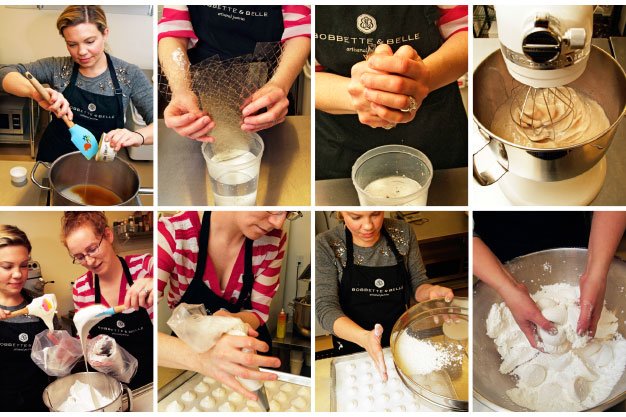 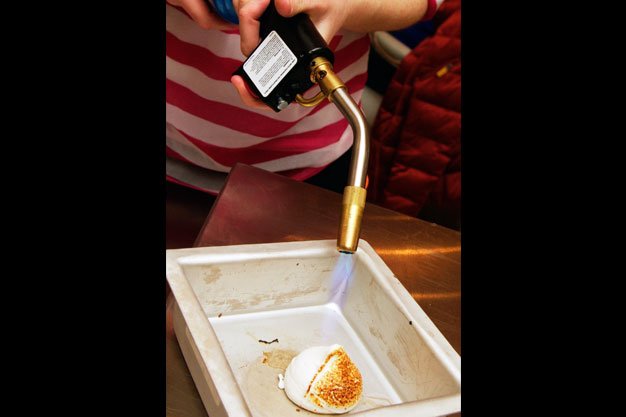 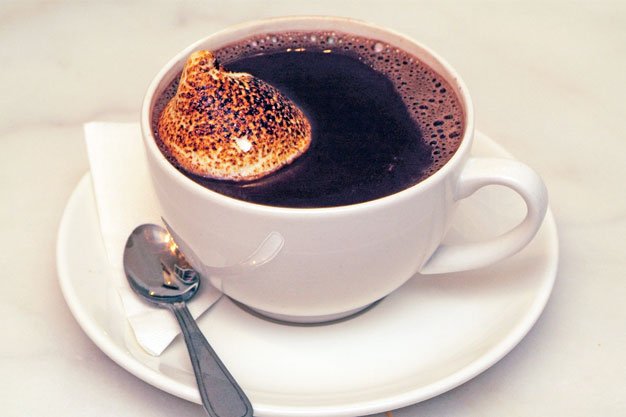 Marshmallows get a bad rap in North American cuisine from the bagged kind that’s used at campfires and in rock-hard rice cereal treats. But at patisserie Bobbette & Belle, owners Allyson Bobbitt and Sarah Bell are redeeming the lowly confection, offering fluffy and delicate versions like those found in Parisian sweet shops.

“Being Canadian, I normally associate marshmallows with Rice Krispies,” says Bell, who first learned how to make the puffy treats while cooking at Canoe. “I went to Paris the year before we opened our first store five years ago and discovered that marshmallows are a natural confection at patisseries, like macarons.”

Days before their first shop opened in Leslieville, the two decided to whip up a batch of marshmallows to fill the shelves. They’re still a big hit. Here’s how they make them.

The first step is boiling water, sugar, corn syrup and salt together. Meanwhile, sheets of gelatin, which give marshmallows their structure, are softened in cold water until they become jiggly like jellyfish.

“The base components of our marshmallows and the typical store-bought ones are essentially the same,” says Bobbitt. “The major difference is that ours have a shorter shelf life – three weeks – because we use fruit purées for some of the flavours.”

Excess water gets squeezed out of the softened gelatin, which is then added to the melted sugar mixture, along with a vanilla paste.

“We add the vanilla after the sugar gets boiled or else you’ll lose some of its flavour,” says Bell. “A vanilla paste is also stronger than regular extract, and you get the little bits of vanilla seeds in there.”

The marshmallow goo is then whipped in a mixer at high speed, whisking as much air into it as possible to achieve a light and airy consistency that, at the same time, is also stiff enough to hold its shape. On heavy production days at the main Leslieville location, two 40-quart industrial mixers whip marshmallow batches at full-speed. That makes about a thousand marshmallows.

After five or so minutes of mixing, the marshmallow fluff is poured into piping bags and piped into little “kiss” shapes on a lightly greased pan. A 50-50 mixture of cornstarch and icing sugar is then dusted on. The sugar adds flavour while the cornstarch helps to absorb excess moisture – if icing sugar gets wet, it turns into a paste.

The marshmallows are set out to air-dry overnight and given another coating of sugar and cornstarch before they’re packaged into plastic bags (the cornstarch prevents the marshmallows from sticking together). The result: a much softer, less dense and more delicate version of the marshmallow most of us grew up eating.

Customers seeking refuge from winter weather can grab a seat at the shop and order a big mug of hot chocolate (made from Lindt) that’s topped with a torched marshmallow. The marshmallow quickly melts into the hot chocolate, creating a rich, gooey, almost velvety drink that’s heavenly to sip on a snowy afternoon. Caution: a regular size is big enough for two to share.