Sex work, it's often claimed, is the world's oldest profession. In this weekend's Globe & Mail, paid typist and self-confessed. 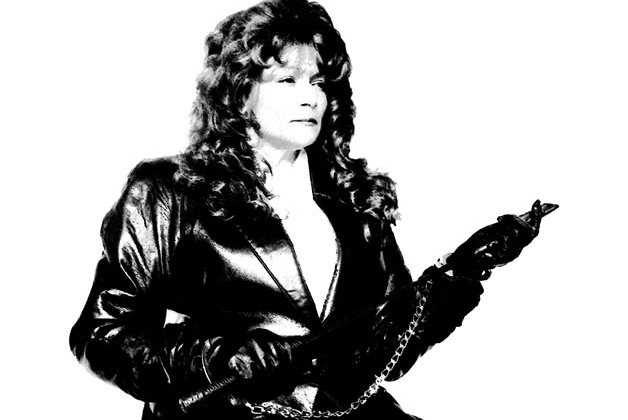 According to Margaret Wente

In her latest column, goadingly titled, Legal Prostitution? Are We Nuts? , Wente brings her swollen puritanism to bear on the current Supreme Court case arguing in favour of legalizing indoor prostitution. Calling prostitution, “the most exploitative, degrading work on Earth*” Wente opposes the “feminists and other progressive types” (including the “enlightened classes”) who are endeavoring to make it less exploitative and degrading.

The misleadingly gaping, likely intentional, hole at the centre of Wente’s argumentation is large enough to drive an eighteen-wheeler through. What she doesn’t acknowledge – if she even realizes – is that prostitution is already legal in Canada. So, yes, by Wente’s standard, we are, legally, nuts.

What’s illegal, in one of those Catch-22 type deals that seems to typify too much of lawmaking, is pretty much everything surrounding the act of having sex for money. According to the Canadian Criminal Code what you can’t do is communicate for the purposes of prostitution, “live on the avails” of prostitution, or own, manage, lease, or be found in a “bawdy house.” It’s this sort of patently absurd loophole, which reads like something out of a piece of 50 year-old dystopian fiction, that the current Supreme Court Challenge is trying to close up.

Probably the most pressing issue is that of “bawdy houses,” which, for anyone not fluent in archaic English, basically refers to any place where a sex worker conducts business. It’s like a “bordello” or a “sporting house” or a “private residence where someone may conduct sex work.”

In 2010, Ontario’s Superior Court Justice Susan Himel struck down this provision (and a couple others) as unconstitutional, being as it effectively strips sex-workers of the right to protect themselves. It forces them onto street corners and alleyways and other places where you might find sex workers in some sort of Victorian wood-etching.

Wente may be right when she says that the “idealized portrait of the sex worker as empowered small-business entrepreneur” often doesn’t align with the reality, where women (or other sex workers) don’t always make the informed, conscientious choice to have sex for money. But that’s kind of the whole point of the Himel’s ruling, and of the ongoing Supreme Court challenge. The aim is to reconcile the sometimes-dismal reality with ideal, to strive – as liberal democracies should strive – to do better. And if that’s too airy-fairy, then how about just protecting the dignity, and personal safety, of women who choose to engage in sex work, or who choose not to be repulsed by sex?

Apart from the letter of the law, Wente misses something else that seems essential to the full-on legalization, and de-stigmatization, of sex work. It’s not just about conceptual things like empowerment or enlightenment or whatever Wente thinks it’s about. It’s about reorienting the whole social attitude toward sex work and, in turn, reorienting the manner in which it’s policed. If “bawdy houses” are licensed and regulated, and if sex workers (sorry, “prostitutes”) apply for licenses of their own volition, then resources can be allocated more fruitfully toward cracking down on segments of the industry where women (or men, or transfolk) are being exploited and abused. In place of the inconsistent, paradoxical laws currently on the books, new measures can be erected to regulate, and eliminate, exploiters and degraders – the pimps and pushers that Wente sees as inseparable from sex work. (You also get the sense that Wente imagines pimps in enormous platforms shoes, decked out with fedoras with huge feathers draping from them.)

Moreover, as Ronald John Weitzer notes in Legalizing Prostitution: From Illicit Vice To Lawful Business, the competing ideas of sex work as either a) empowering or b) exploitative are pretty reductive. Weitzer advances a “polymorphous paradigm,” a four-dollar phrase that basically just means looking at the issue, and the industry, of sex work from all angles. As he writes, “The policy implications are clear: rather than painting prostitution with a broad brush, we can identify those structural arrangements that have negative effects and bolster those associated with more positive outcomes.”

In the face of such measured, non-alarmist thinking, Wente builds in a defense against being railroaded as finger-waving moralist. “Today,” she writes, “anyone who has qualms about normalizing the sex trade is likely to be labeled as a religious nut, a prude, or an old-style moralist.”

But Wente is exactly that – well, a moralist at least. Not just in the sense of advocating for some sense of decency or morality that she takes to be perceived as oldfangled by all the hifalutin Enlighteneds. She’s moral in that nasty, negative sense, where her whole worldview seems proscribed by her own limited moral perspective.

Wente can’t even pretend to get outside of herself long enough to imagine a context in which actually engaging with the realities of sex work can help make it safer, and better, for everyone. It’s like she’d rather not hear about it altogether, like she’d rather see the issue knocked back out of the headlines, where she doesn’t have to think about it, freeing her to score points by shedding alligator tears for the exploited.

Mediaocrity runs every so often.

*The capital E is sic, hilariously. She’s referring to the actual planet Earth, not just the more common noun referring the whole realm of human endeavor, as if sex work jeopardizes the literal celestial body that is the Earth, somehow.

And, N.B.: Yes, NOW Magazine advertisers sex workers in its Classifieds. There is no need to point this out in the comments. It’s not like this somehow happens accidentally, and each week when we get the paper we spit out our coffee all, “HOW DID THIS HAPPEN?!” We do it intentionally. This author’s attitude does not proceed from this publication’s endorsement of sex work. A more likely conclusion to draw is that both proceed from a similar attitude of sex, and sex work, positivity.