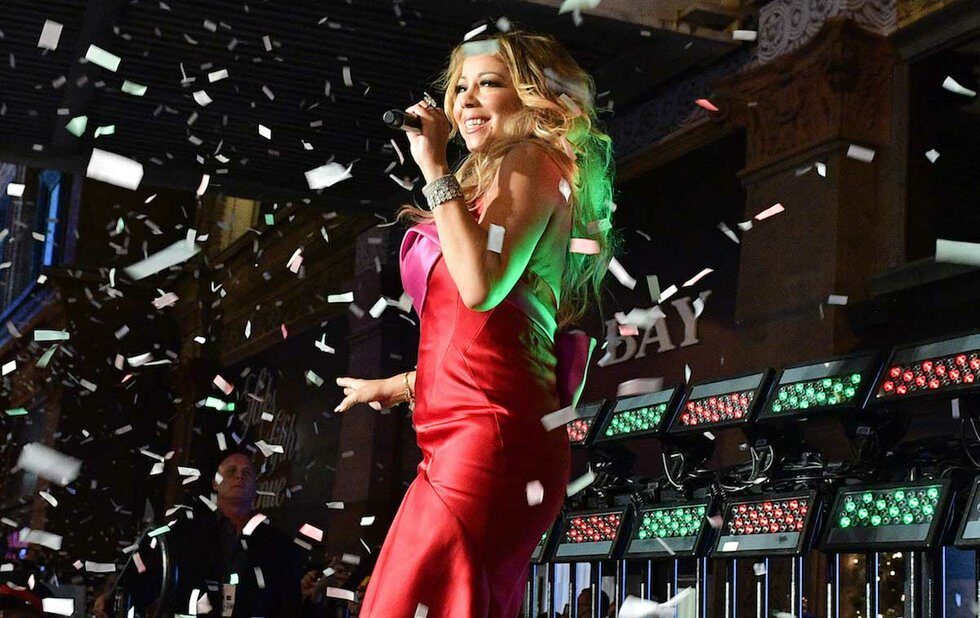 And if the presence of Mariah Carey at Saks’ holiday window unveiling on Thursday night is an indication, parent company Hudson’s Bay Company is going all out to compete for shoppers this holiday season.

Ahead of Carey’s two-song performance for thousands of fans gathered at Queen and Yonge, “Mariah sources” told TMZ that the Cry Baby, Breakdown, and Ribbon singer/songwriter commanded just under $1 million for the gig.

HBC’s director of comms was quick to dismiss the number as “highly inflated,” but The Bay’s message registered loud and clear on Queen Street: “Suck It Nordstrom. We Just Made It Rain On Mariah Fuckin’ Carey.”

But… was it worth it?

The department store circuit is to ageless divas what strip clubs are to up-and-coming rappers. In 2007, Holt Renfrew unveiled its holiday window display on Bloor Street with help from the Aretha Franklin. That same year, Holt’s launched in Vancouver with an intimate performance by the Queen of Soul’s arch-nemesis Patti LaBelle. And, in 2006, Rufus Wainwright inaugurated the Ralph Lauren wing at Toronto Holt’s.

The Aretha performance at Holt’s was instantly memorable since her band was forced to play looping intro music for what felt like 20 minutes after the music icon (by her own account) was distracted by a handbag en route to the outdoor stage.

“Phew, I’m all over the place tonight!” she exclaimed after playing her first number at the piano. “The music – my hair.”

“That is the last Patti LaBelle leg you will ever touch!” she said as the hands-y offender was hauled off by security.

By comparison, Carey’s holiday performance at Saks was uneventful.

Her set time was supposed to be 7:05 pm to 7:15 pm, but it was more like 7:45 pm to 7:53 pm. As many fans had been waiting outside for more than an hour, the corporate suits – HBC owner Richard Baker, Mayor John Tory and HBC CEO Gerald Storch – kept their introductory remarks mercifully brief.

Nature’s wind machine whipped to life just in time for Carey to take a small stage dressed in a pink and red Anna Maier gown that you can purchase for that special someone this holiday season at Saks for $8,975.

Everyone instantly raised the smartphones, partly because the stage was so low it was easier to see Carey using a camera zoom. “If you’re gonna take my picture,” she said, “I’m gonna pose.”

She sang two songs: Here Comes Santa Claus and All I Want For Christmas Is You, aka the Greatest Christmas Song Of All Time. “I wrote this song a long time ago,” she reminded the crowd.

Her vocals sounded on-point, but the sound was mostly washed out by the same wind she was using to expertly work her hair, which looked amazing.