Give My Love To London 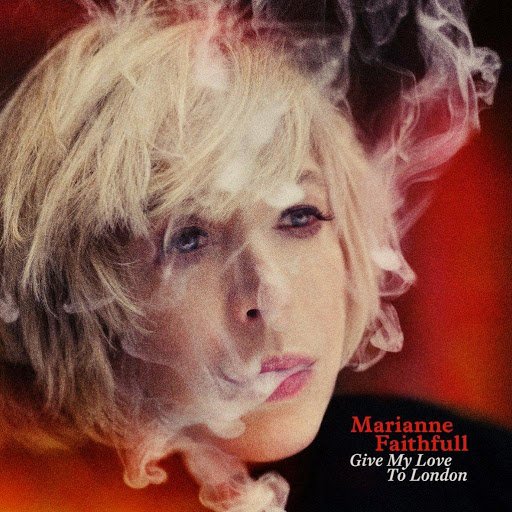 When Marianne Faithfull sings, it feels as though her voice is clutching your throat. Her 20th studio album in five decades features a laudable list of songwriters – including Steve Earle, Roger Waters, Nick Cave and Anna Calvi – and yet her caustic delivery is the main attraction, as always.

On Sparrows Will Sing, penned by Waters, Faithfull imagines future generations of children inheriting a broken world. Over a droning guitar riff, she spits the line “They cannot be seduced by this candy floss techno-hell” as if overcome with apocalyptic disgust.

Mother Wolf is essentially four minutes of Faithfull berating listeners about the state of the world, while the sorrowful Late Victorian Holocaust (one of two Cave contributions) is a folkloric junkie lament that casts her intensely focused vocals as the foreboding spectre of death. Even the title track’s cheeriness is undercut by winking cynicism in light of her tempestuous history with that city.

The deeply personal and overtly political are indivisible on Give My Love To London, an album that is harrowing in its bluntness and beautiful in its subtleties.