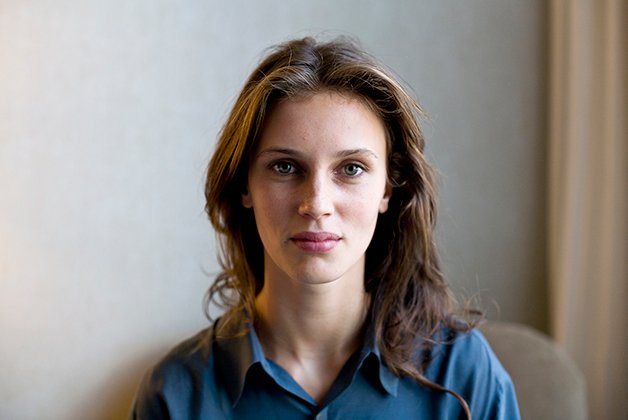 She may be a revelation in her first starring role in François Ozon’s movie about a high school prostitute, and she definitely is, as the title says, young and beautiful. But Marine Vacth definitely needs a little work when it comes to best efforts in the promotion department.

When I ask her about her relationship with director Ozon, she says, “You should ask him.”

He’s not here. The French director didn’t make the trip to T.O. for last year’s TIFF, the occasion for my conversation with Vacth.

To my question about her preparation for what surely must have been a demanding role – she’s in practically every frame – she says simply, “I didn’t prepare.”

And when I ask about a superb scene with Charlotte Rampling, an actor she admires, who plays the wife of one of Isabelle’s johns, she replies with a shrug and a flat, “She [Rampling] was just a woman.”

To be fair, Vacth is speaking through an interpreter and, yes, she’s new at the publicity game. But sheesh.

Ozon eased her way through those sequences.

“There weren’t that many people on the set, and we worked quickly,” Vacth says, shifting in her seat. “François knew how to put people at ease and made sure to create a light atmosphere.”

Young & Beautiful could very well be a hit, but the model-turned-actor isn’t ready to say goodbye to the runway quite yet.

“I could move toward movies, but I don’t necessarily want to stop modelling. Modelling is a way of storytelling, too, but through photography.”