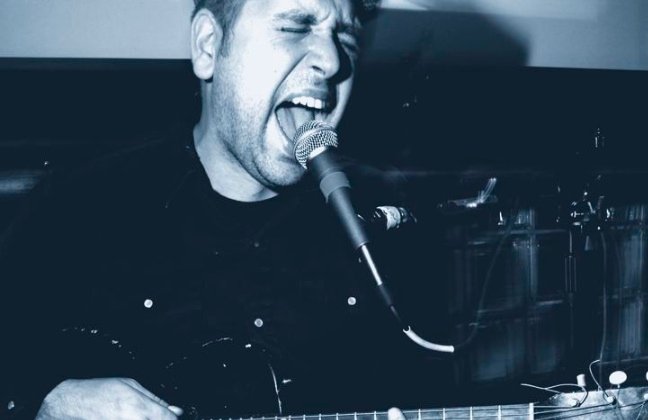 With old man winter refusing to relax his grip, Saturday night’s theme was clear: dance your troubles away.

Local sock-hoppers Meanwood captivated the crowd with a raucous, blues-heavy set. Lead singer Viktoria Belle was part Janis Joplin, part Rachel Nagy and all charm. Her throaty snarl was a force, and when she jumped into the crowd to shimmy with those up front, the rest of the Silver Dollar was envious.

Her band didn’t just lurk in the shadows either. Both guitarists treated their monitors like personal launching pads, standing atop them for those in the back to see. The Wanda Jackson/Elvis Presley medley was a definite highlight.

Montreal-based garage rock veteran Mark “BBQ” Sultan was both intimate and boisterous at once. Sitting alone behind a kick drum with his guitar, Sultan fired off a plethora of back catalogue hits (including standouts he’s performed with King Khan like Waddlin’ Around). By this point the crowd had become rather sloppy between overt makeout sessions and scuffles, Sultan provided running commentary. “I don’t know why you guys are fighting,” he said.

In turn, Sultan’s approach became sloppy as he rushed through tracks in what felt like double-time. But you got the feeling that this kind of hedonistic atmosphere is what Sultan thrives on. That is, of course, until they put his monitors at risk.

“I’m not Pearl Jam,” he barked. “You want to be jocks, you want to mosh, you piece of shit? Get out of here. Police yourselves.”

Sultan may be showing a bit of grey under his trademark newsboy cap, but he hasn’t lost his ability to light a spark in a crowd.