Local first-time director shares what draws him to Copenhagen 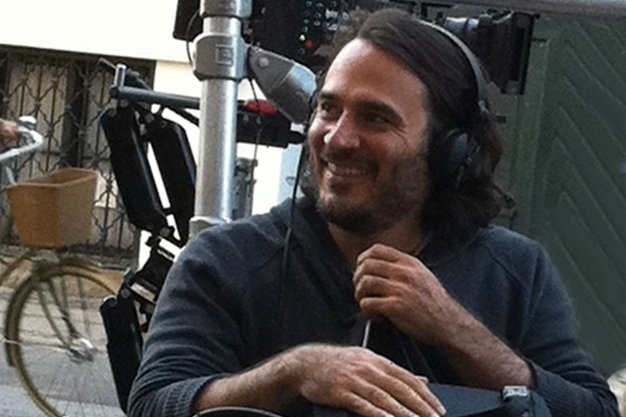 Mark Raso gets around. Born and raised in Toronto, he went to film school at New York’s Columbia University and lived in Copenhagen for a year. And he’s poured all of those experiences into his feature debut, Copenhagen, about a young man (Gethin Anthony) and a younger woman (Frederikke Dahl Hansen) who form an unexpected bond in the Danish capital.

What drew you to Copenhagen? And what brought you back there to make your movie?

My wife is from there, and I just kind of followed her there. The culture and the youthfulness of the city, which plays a big part in the film, kind of captured me. I ended up going to Columbia University’s film program, and while I was there I wrote the first draft of the script, but I wasn’t quite satisfied with it. It needed to be about something more tangible, something audiences could [better] relate to. And through self-discovery and getting older and kind of trying to figure out where I come from and my past, I started to put a little bit of that into the script. I made it more about a man’s personal journey and basically shedding the burdens of his past.

How did you cast your leads? Gethin Anthony is pretty visible thanks to Game Of Thrones, but Frederikke Dahl Hansen is virtually unknown.

Frederikke was [at] a casting session in Copenhagen. She just came in and kinda wowed me. We got in contact with Gethin Anthony through a friend of a friend we slid him the script and he connected with it. At that time we had been struggling to find our lead. We had been doing about three months of casting, and I still wasn’t satisfied. But I saw his tape and I knew he just completely nailed it. We got on Skype and he did another tape for me, but at that point I’d already made up my mind. I just strung him along a little bit so it didn’t feel too easy for him. [laughs]

Now that Copenhagen is in the can, what’s next? You’re in Los Angeles, so I assume you’re taking meetings.

I’ve attached myself to a few projects out here. It’s very exciting. I personally don’t like to get too excited before we’re on set and we’re shooting, because I’ve seen stuff fall apart quickly and come together [just as] quickly. But the success of the film has been really beneficial to me. I’m getting a lot of opportunities.