Local wine and craft beer industries may be flourishing, but independent distillers can’t seem to catch a break 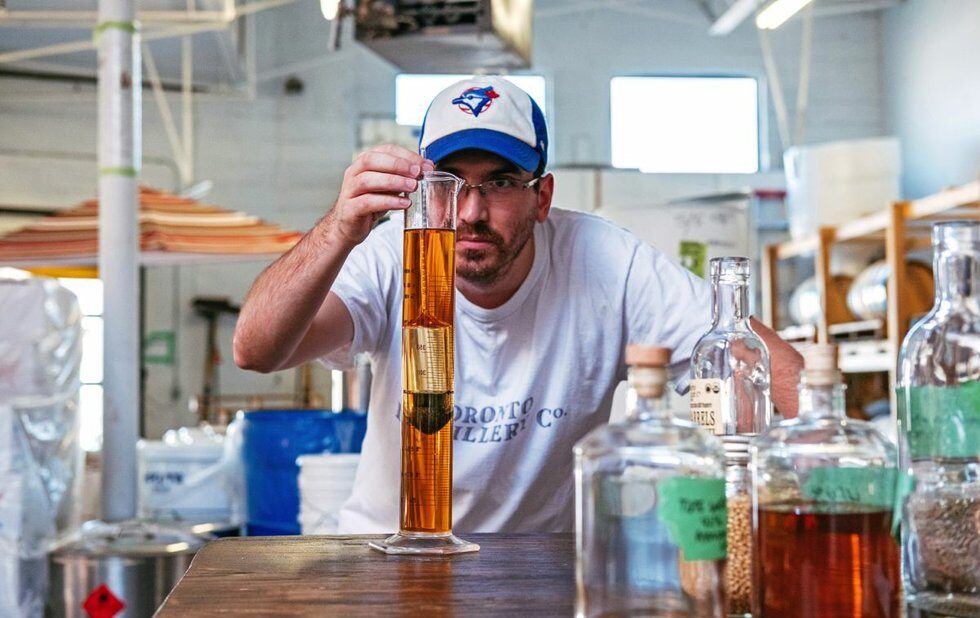 The Ontario Craft Distillers Association is in shock. After ongoing talks with the Premier’s Advisory Council on Government Assets led the association to believe that the province, to support the fledgling industry, would seriously consider revising antiquated legislation, Finance Minister Charles Sousa blindsided the OCDA by announcing a 61.5 per cent tax on Ontario-made spirits sold in distillery stores.

The massive tax, proposed two weeks ago as the first of Bill 70’s budget measures, replaces the substantial fee distillers currently pay to the LCBO for each bottle sold in distillery shops – regardless of whether the product is listed in LCBO stores.

Though distillers say the 61.5 per cent tax will likely allow them to keep a few more dollars for each bottle they sell than they did via the LCBO arrangement, the proposed reform is not what they’d hoped for.

To bolster the fiscally stifled industry, the OCDA asked the Wynne government to introduce a graduated sales tax similar to British Columbia’s, which gives small distilleries tax breaks on their first 50,000 litres, allowing them to roll those savings back into their budding business.

Another request was that spirits be taxed per litre, like craft beer, an industry that’s seen incredible growth over the past few years in part because of incentives provided by the province.

Charles Benoit, president of the OCDA and co-owner of the Toronto Distillery Co., who along with his partner Jesse Razaqpur publicly challenged the LCBO for its “unconstitutional” taxation in July 2015, says his distillery will shutter by the end of the year if the bill passes.

“Leaving an extra $2 on a $40 sale doesn’t really move the needle at all. That’s not reform.

“The vast majority of [small distillers] don’t pay ourselves a salary, and that’s only sustainable for so long,” he says. “We were hoping that was going to change, but our business model will not work if this bill passes. We won’t be able to continue to pay rent and work for free.”

Rocco Panacci, who co-owns and -operates Toronto’s Yongehurst Distillery, says he receives calls weekly from Ontarians interested in opening small distilleries. But after crunching numbers, very few are willing to jump into a business with such compromised viability.

To put it in perspective, the 61.5 per cent distillery tax is over 10 times the amount that Ontario wineries pay per bottle. To some, it appears that Ontario’s independent distilling industry is being threatened before it has a real opportunity to establish itself.

“This is about trying to grow an industry that at this point is almost non-existent. The tax doesn’t allow for growth or innovation, or better the situation for Ontarians,” Panacci says.

He adds that the LCBO sold $2 billion worth of spirits last year, almost all of which comes from outside the province. Since local distillers work closely with Ontario farmers, millers and transporters, building the industry would cultivate a mutually beneficial ecosystem that would be in the province’s best interests.

The tax also deals a blow to the potential of spirits tourism, despite the success both wine and craft beer have had in that sector.

Other allowances that would prove incredibly beneficial to small distillers: the ability to sell directly to bars and restaurants (currently these sales must still be mediated by the LCBO, though the government announced plans to grant this request just last week) and permission to open on-site tasting rooms that can charge for samples and cocktails without having to apply for a full liquor licence, which is expensive and difficult to obtain. Wineries and breweries have special liquor licences.

Despite shouldering a tax structure that seems unfair compared to those of the wine and craft beer industries, the province’s craft distilling scene has grown more than tenfold since 2011.

A statement from the Finance Ministry reads, “[We are] committed to fostering a more innovative and dynamic business environment… including for the rapidly growing craft distillery sector.

“That’s why we… introduced legislation that if passed would remove the LCBO mark-up and commission structure at on-site distillery retail stores. A distiller’s share of the revenue from a $39.95 bottle of spirits sold at their on-site store is currently about 39 per cent. Changes proposed in Bill 70 would increase their share of the revenue to about 45 per cent. The changes we’re proposing respond directly to distillers’ requests for more support, they will see increased margins and have an easier time promoting their business.”

Bill 70 also proposes giving distillers a tax exemption on up to 1,250 litres of spirits for promotional purposes, though the distillers I talked to say that would help little, since they can’t afford that kind of giveaway.

Admittedly, change takes time, but the needs of small distillers deserve the attention of the government and public alike. Though the complexity of Ontario’s liquor laws makes them difficult to fathom, we can play a part in ensuring that the province’s small distillers get the chance to debate the issue at committee.

Supporting the cause for local, grain-to-glass spirits is as simple as a phone call or email to your MPP. Otherwise, members of the OCDA may not be able to officially debate their cause before the bill passes, which could be as early as this week or next.

If the legislation is passed, it could take years and a change of government before small distillers can hope to see the changes required to truly grow their industry. Until then, Ontario could remain a province that produces staggering quantities of spirit from a handful of mega-distilleries and sells billions of dollars’ worth of internationally produced hard liquor every year. Though there’s lots of room for independent distillers to contribute their small share, they may not get a chance.

“The argument can be made that if you were surviving then you can survive now,” Panacci says. “We can survive, but we can’t thrive – and that’s the point.”