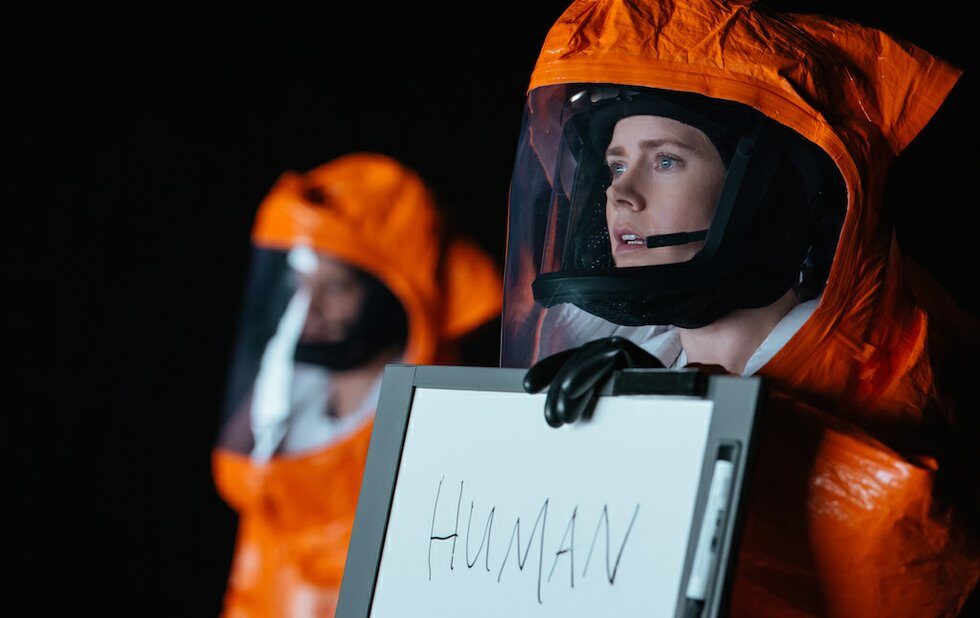 The trailer for Arrival makes it look like just another alien invasion movie. I understand why Paramount’s marketing department felt that was necessary, but this approach still disappointingly simplistic. There’s so much more to this movie than that.

When a dozen giant spaceships descend upon the Earth, a linguist (Amy Adams) and a theoretical physicist (Jeremy Renner) are tapped by the U.S. government to communicate with the ship that’s landed in Montana.

As American Hustle reunions go it’s a bit of a stretch, but on its own very sophisticated terms, Arrival is a compelling, refreshingly cerebral take on the standard first-contact tale. Denis Villeneuve gives the film an eerie poise, his camera gliding through rooms and open spaces as the characters travel further and further into the heart of the unknown.

This is hard science-fiction made by an artist – which means big questions, impossible concepts and difficult choices. Eric Heisserer’s script, an adaptation of Story Of Your Life, a  short story by Ted Chiang, is a magnificent balancing act of data dumps and character moments.

There’s also a sneaky layer of humanity beneath all the heady conceits, and that’s where Adams becomes invaluable. Whether she’s playing against a green screen or trying to restrain her own surging emotions, this is one of her finest performances. Arrival would be a very different experience without her.