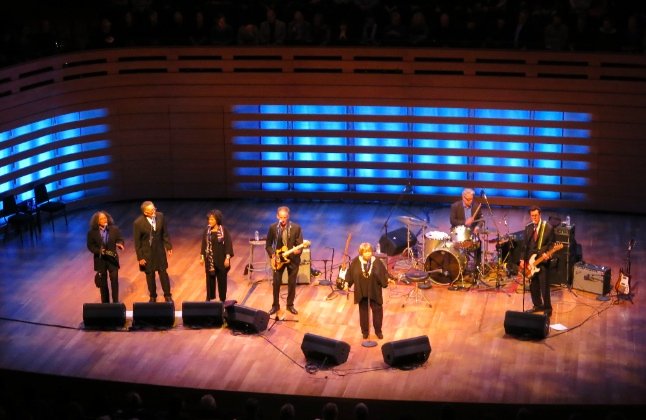 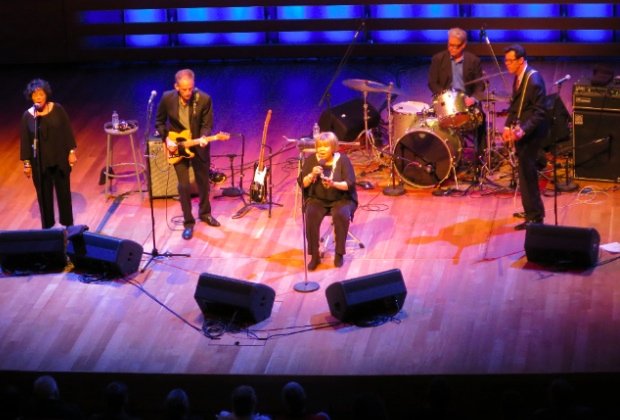 Mavis Staples’s songs of perseverance and overcoming hardship took on a new meaning Friday night as she played Koerner Hall while freshly recovering from knee surgery. “The Devil’s been chewin’ on my knee,” she told the sold-out crowd, “and I said, ‘no Satan, just get back, I’m going to Toronto!'” She wanted to clarify that the reason she was sitting down for part of the concert wasn’t due to her age – 74 – just knee troubles. Perhaps she’ll be “struttin'” (as she puts it) around onstage again next time she comes to town.

Koerner Hall’s generally wonderful acoustics didn’t do Staples’s vocals any favours when she burst into a sudden growl or wail – too bad, given what a powerhouse she can be. But the venue was well-suited to her quieter songs, like Holy Ghost (off her recent Jeff Tweedy-produced album One True Vine), and bassist Jeff Turmes’s slide guitar instrumental, There Is A Balm In Gilead (a surprise highlight while the band was giving Staples a break).

That said, the show was more rock ‘n’ roll than sedate, with backup vocals (and sometimes lead vocals) from Vicki Randle, Staples’s sister Yvonne and baritone Donny Gerrard. And after Staples warmed up, she got really into hits like Let’s Do It Again, Eyes On The Prize, I’ll Take You There (with help from the crowd) and the Band’s The Weight.

Staples encored with a story about sit-ins at restaurants in the 60s and a rendition of I Shall Not Be Moved – another expression of strength, positivity and determination.