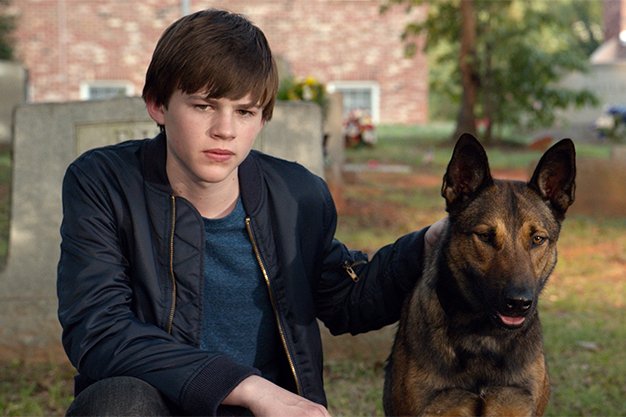 It’s shameless, one-dimensional “entertainment” aimed straight at heartland audiences primed to applaud the flag, support the troops and cross the street when they see someone swarthy.

It’s bullshit, in other words – the sort of movie that tells us its teenage hero (Josh Wiggins) is troubled because he hangs out with Latinos, steals video games from the internet and doesn’t respect the fact that his father (Thomas Haden Church) and brother (Robbie Amell) are in the military. But when the aforementioned brother dies in Afghanistan and his military working dog is badly traumatized, the kid’s the only person who can come near poor Max when he comes home.

Their bonding, and Max’s path toward recovery, could be the spine of a great story. Not this one, though, which backgrounds the genuine drama when our heroes stumble upon a duplicitous Marine (Luke Kleintank) dealing arms to a Mexican cartel straight out of a latter-day Steven Seagal movie.