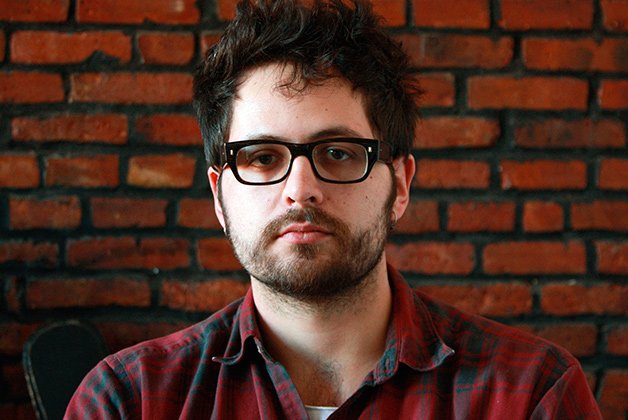 Director Maxim Pozdorovkin says people assume too much about Russia.

Ah, Pussy Riot! Instinctively, we love them – especially given their home country’s human rights record – but many of our assumptions about the brazen Russian art activists are false.

For starters, Pussy Riot isn’t a punk band. The arrested women are members – though their standing among their comrades is in question now that they’ve blown up worldwide – of a loose collective of artists, filmmakers and journalists working to create a different iconography for protest.

“They see themselves as contemporary artists determined to bring theatre into life,” says the hyper-articulate director on the phone from New York City. He’s there on the eve of an Amnesty International benefit, where recently released activists Maria Alyokhina and Nadezhda Tolokonnikova are set to appear – introduced by Madonna. He’s hanging out with them and planning to make a short film of the event.

“I always said that the story was misrepresented in Russia and in the West – I’m not sure where it was worse,” Pozdorovkin declares.

In Russia, they’re wrongly accused of being anti-religion, he claims.

“And in the West, it’s assumed that because they were a punk band singing an anti-Putin song, they went to jail. That’s nonsense. If they’d sung the song outside of the church, or anywhere else, no one would have cared.

Pozdorovkin, who grew up in Moscow, played in punk bands and has a PhD from Harvard in found-footage filmmaking, is almost apoplectic at the idea that Putin’s regime can be compared to even the lighter anti-gay side of Stalinism. He sees more chaos than control in the new Russia.

“One of the biggest mistakes Westerners make is seeing the oppressive aspects of the arrest and trial as somehow organized and coming from the top down. That’s simply not the case.”

It was the women themselves – not the Russian authorities – who requested in a motion that the trial be filmed. The motion was granted, resulting in some of the doc’s most mesmerizing footage. A Russian news agency did the shooting, and Pozdorovkin, blown away by the quality of the initial rushes, then set the project in motion.

What show trial means in Russia:

Though he allows that Pussy Riot are incredibly media-savvy, he says they weren’t totally aware of what they were getting into by making their statement inside a church.

“They didn’t mean to offend people. They felt they had the right to do what they did, and that maybe they’d be fined for, say, trespassing, but not be criminally charged. There’s something about the story that’s anachronistic, beautiful, idealistic.”

But the radical troupe is changing the way people look at performance and politics, which was precisely Pussy Riot’s intention. Soviet culture had never before been confronted by punk ideals and conceptual art on a mass level.

“The public awareness that you got with [the Sex Pistols’] God Save The Queen, that never happened in Russia until Pussy Riot.”