“My family thought my interest in music was just for fun. Nobody took it seriously, and then 20 years later it’s like, ‘Whoa!’ That’s why I’m so excited about this album.” 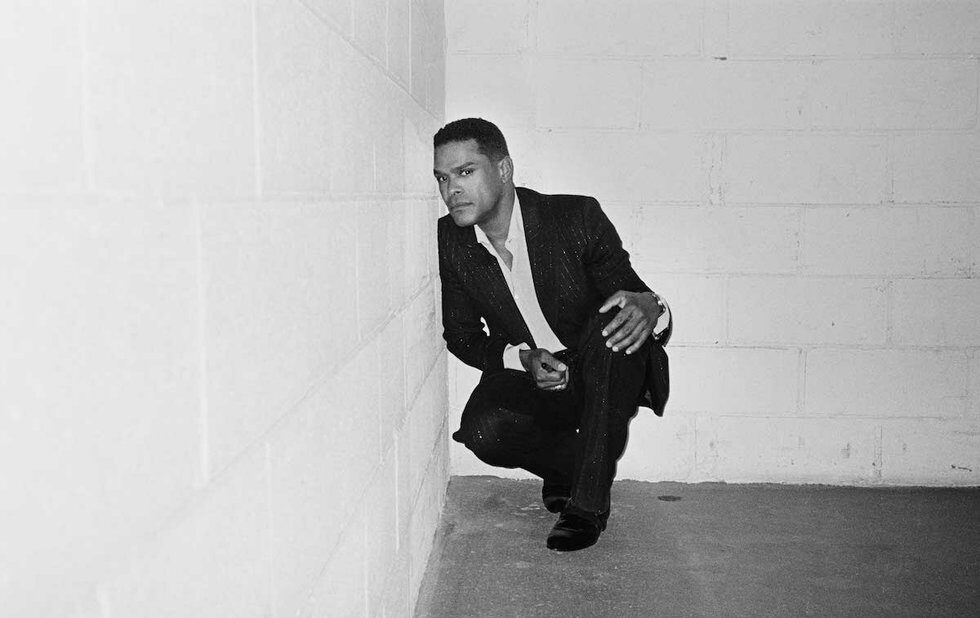 There is a hint of incredulity in Maxwell’s voice as he chats about his forthcoming blackSUMMERS’night album.

The follow-up to 2009’s BLACKsummers’night – the second instalment in a trilogy – takes the R&B singer/songwriter’s soulful and live-off-the-floor love ballads in gritty, emotionally fraught directions two decades after Urban Hang Suite made him a star.

There are several reasons why the release took so long. Vocal hemorrhaging forced him to cancel a tour, his cousin died suddenly, and he also wanted to get the record right.

“People don’t understand just how rare it is when someone can last in the music industry for a long time,” the 43-year-old said. “My family thought my interest in music was just for fun. Nobody took it seriously, and then 20 years later it’s like, ‘Whoa!’ That’s why I’m so excited about this album.”

Maxwell has resisted jumping on musical trends. The album was written and produced with long-time collaborators Hod David and Stuart Matthewman, and recorded on analog tape. It’s hard to fault the approach: his previous four albums went platinum, and he maintains a devoted fan base of women who dress to impress at his concerts.

His cousin’s passing and Prince’s death in April had him in an introspective mood when he spoke to NOW ahead of his return to Massey Hall.

You recently paid tribute to Prince at a concert in Trinidad. Do you have any fond memories of him?

I saw him a month before he passed. We were shooting the album package, and I couldn’t believe I was finally doing it and it was happening. I was still mixing the album when I got a call from a good friend of his and she was like, “Prince is doing this little thing at this club in New York called 6th Avenue. He’s launching a book and he really wants you to come.” That’s how I would always hear from him: through the pipeline. He didn’t have a phone or anything. But you just go. It’s Prince. I’m not gonna jump off a bridge for Prince, but I’ll pretty much do anything else.

How well did you know him?

I knew him, but I didn’t know him. I don’t know who really did. The amazing thing about him – or the sad thing – is who really knew him? I was such a fan as a kid and then I met him and he would come to shows. When he passed away it was very tough for me. We had this show in Trinidad to do. I couldn’t really process it because I had to do what I had to do. A couple days after the Trinidad show I was playing his music and I just lost it. It just really hit me what was gone – what was really over. Not just his music, but that his energy was no longer on earth. He was so courageous. People don’t realize what kind of bravery it took to be a Black man making that music and coming from Minneapolis. They didn’t realize how much of a risk it was to be who he was and for him to actually make it and become this great influence over so many.

I remember after Prince’s second album when he rode a unicorn naked [on the Sexy Dancer sleeve]. Who is Black and does that? You’re like, “Who is this crazy person and why won’t he go away?” That’s how it hit me as a kid. Slowly but surely, all these records came out and you realized why he’s so dope.

You mentioned your cousin died while you were working on the album. Did you put that experience into the music?

There’s no doubt he absolutely was involved on some sort of spiritual level with this album finding its fruition. He was so young, and it was so sudden. He was 33. He was such a cool dude – I taught him how to ride a bike and beat up his bullies and protected him like a little brother. Then he grew up and became, like, 7 feet tall. Just huge. I was like, “I used to protect you?” He was such a fan of the music, he couldn’t believe that I grew up and did all this stuff. He was like, “You like really went and did this, didn’t you?”

Since the last time you performed in Toronto, the hip-hop and R&B scene has really exploded.

I can’t wait to come to Toronto, man. I love where you’re from. I love Drake so much because he’s another one who’s holding it down. I love the artist that becomes so big and you’re like, “How did that happen? That’s not supposed to happen!” You’re not supposed to be a guy from Toronto who was on a TV show, whose mom is Jewish. He’s become this huge phenomenon. When you thought of Toronto, Canada, you never thought of music, really. You thought of a lot of other things, but now there’s this incredible music movement coming from there, like Minneapolis.