Poet and activist inspired with her passion – and politics 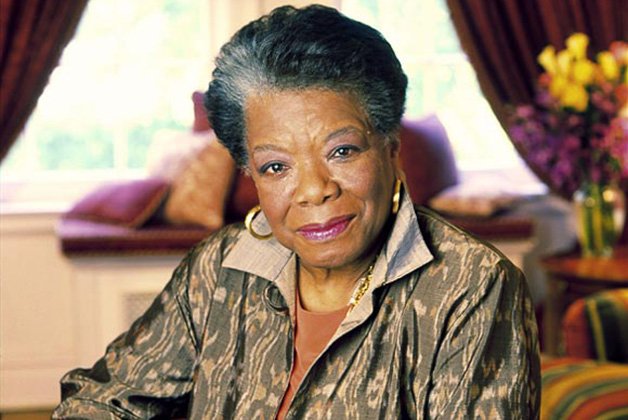 The Greeks treated their poets like we treat our pop stars but it’s rare in contemporary times that we bestow fame on someone who writes verse.

Maya Angelou, who died today at her home in Winston-Salem, North Carolina at age 86, was the exception. True, she was an actor, writer, dancer, director and producer. She wrote seven autobiographies – including I Know Why The Caged Bird Sings (1969), which was the first book written by an African-American woman to become a bestseller.

But it was when she was chosen to craft a poem for Bill Clinton’s inauguration in 1993 that she became a household name all over the world. That performance at Capital Hill was spectacular, her voice ringing out as she read On The Pulse Of Morning, bundled up in a winter coat and wearing a red ribbon to commemorate AIDS victims. The recording of that recitation received a Grammy award that year.

Angelou wrote candidly about being sexually abused as an eight ear-old in Caged, something that opened the door for other women to share their histories of being violated. Her rapist was sentenced to one day in jail and when, four days after he was released, he was murdered, she went mute for five years, wracked by guilt. Silent, maybe, but she never stopped observing and she began to imagine becoming an artist. She began as a dancer, then a singer, before she began writing in 1959.

It was when she heard Martin Luther King Jr. speak in New York in 1960 that she turned fearless activist, co-organizing the Cabaret for Freedom to benefit the Southern Christian Leadership Coordinator (SCLC), and she was named SCLC’s Northern Coordinator. She was also openly pro-Castro and anti-Apartheid. Intriguingly, she supported Hillary Clinton’s bid for the presidency during the 2008 Democratic primaries.

Just a few other details on her huge resumé: Angelou composed songs for Roberta Flack, mentored Oprah Winfrey and was also the first black woman to write a screenplay (Georgia Georgia, 1972).

And she never separated her artistic pursuit from her politics. As just one example, she wrote and produced a 10-part series of documentaries called Blacks, Blues, Blacks, connecting the blues to black Americans’ African heritage and pointedly analyzing the influence of the genre on America as a whole.

Angelou had a massive impact – as a teacher of American Studies at Wake Forest since 1982, as a writer who courageously addressed her own experience of poverty and violence and as a poet who urged Americans on that inauguration day in 1993 to revel in their country’s diversity.